Warning: mysqli_free_result() expects parameter 1 to be mysqli_result, bool given in /var/www/html/americanthinker/admin/common/functions/func.general.php on line 126
 The betrayal of Anthony Weiner? (updated) - American Thinker
« Sending Out the Dupes | Christie-Paul war of words continues »
|

The betrayal of Anthony Weiner? (updated)

Boo hoo! Anthony Weiner's a victim, doncha know. He has taken to bemoaning a betrayal by "people I trusted when I communicated with them."

Democrat pros are now taking the position that he is delusional. At least that is the gist of an article in Politico by Edward-Isaac Dovere and Maggie Haberman:

Anthony Weiner has lost his mind.

At least, that's the conclusion most Democrats have come to.

There's really no other way they can explain how he's handled the revelations of his post-resignation sexts and his combative encounters with voters over the weekend looking for him to quit the mayor's race. But Monday night's needlessly dismissive brush off of the Clintons - the first family of Democratic politics who consider his wife a second daughter - surprised even people who thought they couldn't be surprised anymore by his political self-destructiveness. 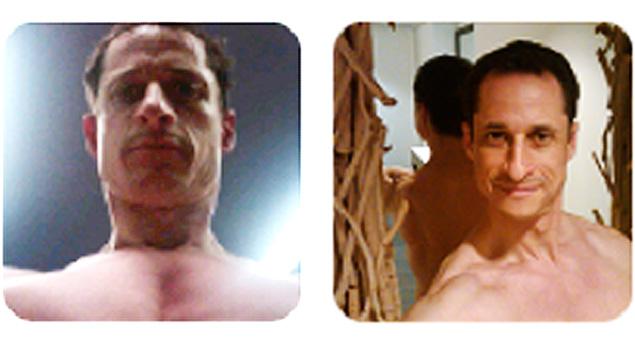 Yep, the Clintons are handling him and Huma with tongs.

Huma, who may be more ambitious than delusional (the jury is still out), is taking a "break" (don't call it a "leave of absence" or a "firing") from her jobs as Hillary's high level gofer. Maggie Haberman writes in another article in Politico:

The move is not a leave of absence, two sources familiar with the move insisted, and it's not precisely clear when she will depart for her vacation time from her day job.

It was a loose plan she'd had for weeks, since Hillary Clinton has close to no schedule next month - the Clintons are expected to vacation in the monied East Hampton enclave on Long Island - and Abedin had been expected to take the final few weeks leading up to the mayoral primary to be with her husband.

Right. Nothing new here, it was planned all along. Sure.

And now Huma is possibly distancing herself from the sinking ship:

It is also not yet clear what type of role Abedin will play in her husband's campaign going forward. She had begun to appear with him on the campaign trail prior to the revelations on TheDirty.com, but has not resumed since last week's news conference.

She did not appear in a video Weiner filmed in the couple's apartment Saturday in which the candidate looked into the camera and declared that New Yorkers don't "quit."

The night before the video was filmed, Clinton spokesman Philippe Reines, one of Abedin's closest friends, urged her not to appear in it, and to take some time to think after a painful and difficult week, sources familiar with the conversation told POLITICO. Reines' concern was for Abedin, the sources said, as a friend, who has worked alongside her for over a decade.

Huma would do well to take the advice coming from Hillary's camp. History shows that people who become inconvenient to the Clintons, even close friends like Webb Hubbell, do not have happy endings.

Maggie Haberman is all over the Anthony Weiner story today, this making clear that the Clintons are about to hang Weiner out to dry. Huma is a victim:

In 2011, Huma Abedin had support from her friends and Clinton associates when she decided to stay with her husband Anthony Weiner.

The past week, that support has morphed into concern.

Their worry is as much about what she is going through personally... as it is about her decision to stand by and encourage politically a husband who some Democrats now believe is way past the point of redemption.

The Clintons are unwilling to publicly demand Weiner resign, but through proxies the clear message is that they want him to quit and go away. But they want to maintain Huma as a close Hillary aide:

Clinton insiders and allies insist they don't believe Abedin has become a liability for the former secretary of state, who is widely known to be considering a 2016 presidential bid. And a number of prominent Democrats insist publicly that they don't see a problem for Clinton. To wit, Abedin was in Washington on Monday, the day Hillary Clinton had lunch with President Barack Obama, and was seen dining with longtime friend and Clinton spokesman Philippe Reines.

As Hillary's "body woman" Huma must know plenty of information that could be disadvantageous to Hillary. Plus, she is smart, hardworking, disciplined, organized, and the personal chemistry obviously is there with Hillary.  Whatever the personal relationship between Hillary and Huma might be, they clearly get along and are comfortable with each other. And with her background in Saudi Arabia and academia, who knows what kind of money connections she brings to the Clinton organization?

I think that the Clintons want to let Anthony Weiner self-destruct in public.  He shows every sign of cooperating with this strategy. The worse it gets for him, the more sympathetic a figure Huma will be. Hillary has mastered the art of playing the victimized wife. Her protégé is at the feet of a master (or is it mistress?).