« And the winner of the world's most spectacularly failed state is... | Cyprus asks for EU bailout as Big Four finance ministers meet »
|

Everyone knows how exhausting it is to be a congressman from a safe district. Everyone also knows that the prospect of an indictment on corruption charges can really sap the energy. 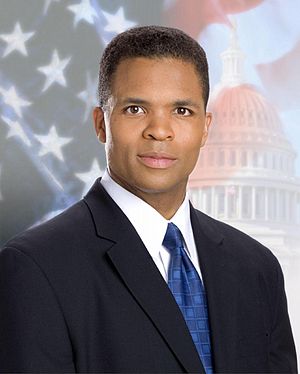 "On Sunday, June 10th, Congressman Jesse L. Jackson Jr. went on a medical leave of absence and is being treated for exhaustion. He asks that you respect his family's privacy. His offices remain open to serve residents of the Second District."

The son of the famed civil rights leader is facing a Congressional ethics investigation concerning allegations tied to the Rod Blagojevich corruption case.

Just last week, a fund-raiser in the middle of the Jackson saga - Raghuveer Nayak - was arrested by federal authorities in an unrelated alleged fraud scheme.

Jackson was already on his leave by then, and his attorney, Paul Langer, said the leave has nothing to do with the Nayak case.

"I can tell you unequivocally it is unrelated to the arrest of Mr. Nayak," Langer said.

Blagojevich was heard on tape saying that Jackson's emissary - Nayak - offered what Blagojevich believed was a $1.5 million offer in exchange for the Senate seat that was about to be vacated by Barack Obama following his 2008 election as president.

Jackson has repeatedly and vehemently denied he authorized anyone to approach Blagojevich on his behalf. Jackson has not been charged in the probe.

"Respect our privacy" was the same request Jackson made via news release in Sept. 2010 when the Sun-Times revealed that federal investigators were looking into Nayak's claims that Jackson had him pay to fly Washington, D.C., cocktail waitress Giovana Huidobro to Chicago at Jackson's request.

Stay tuned. We wish the Congressman a restful interlude, for he may be facing some stressful times ahead. Perhaps he needs to take a long rest somewhere, say, Leavenworth, Kansas.