The EU's Catherine Ashton was horrified, mortified -- she said -- that her comments to a group of Palestinian children following the murder of Jewish children and a rabbi at a school in Toulouse, France were taken out of context.  The first transcript did indeed make it sound as if she was comparing the children of Gaza to the children of Toulouse.  And she is right that the video has her saying that the children of Gaza and Sderot were being killed.

Her examples of "young people who have been killed in all sorts of terrible circumstances" were Belgian, Norwegian, Syrian, Palestinian and Israeli.  The first example is unlike the others in an important way, and the Palestinians example is unlike all of them in a vital way.

The Belgian children were killed in a bus crash, awful in itself, but an accident.

The Norwegian children were killed by a man the Norwegian government believes acted alone and who has been found criminally insane by a government panel of doctors.  It is probably safe to assume no likelihood of repetition.

In the Norwegian, Syrian and Israeli examples, the children were the targets of adults who wanted them and/or their parents dead.  In none -- including the Belgian bus -- were adults able to protect the children beyond a certain point. (The fact that there haven't been more Israeli deaths from Palestinian rocket/missile fire is tribute to the Israeli civil defense system, not a lack of trying by their enemies.)

The same is true of the victims in Toulouse -- children were targeted for death.

The children of Gaza are a different story.  Their own parents -- or uncles or brothers or cousins -- bring the weapons into Gaza, set them up in crowded civilian spaces and fire them into the towns and villages of Israel.  Palestinian adults and their Iranian sponsors deliberately put the children in harm's way -- daring the Israeli government to retaliate in the towns and camps. The children of Gaza do certainly suffer from the crimes of their own parents, but are fortunate that their parents' enemy is the Government of Israel.

Israeli pilots are authorized to abort missions up to the very end if they see civilians in the way.  When they do, and they often do, the terrorists had a shot at Israeli civilians without retaliation.  If the Israelis do strike and children are hurt, Israel is called to account in ways the Palestinians are not.

The IDF is extraordinarily good at minimizing civilian casualties -- so good that last week an UNRWA official resorted to using a photo of a Palestinian child killed years ago in an automobile accident as "proof" of Israeli "atrocities" because no one picturesque was actually killed.  Just terrorists.

Catherine Ashton's false symmetry cheapens the deaths of those deliberately targeted because they are children of the "wrong" religion, the "wrong" ethnicity, the "wrong" political party, or the "wrong" parents. 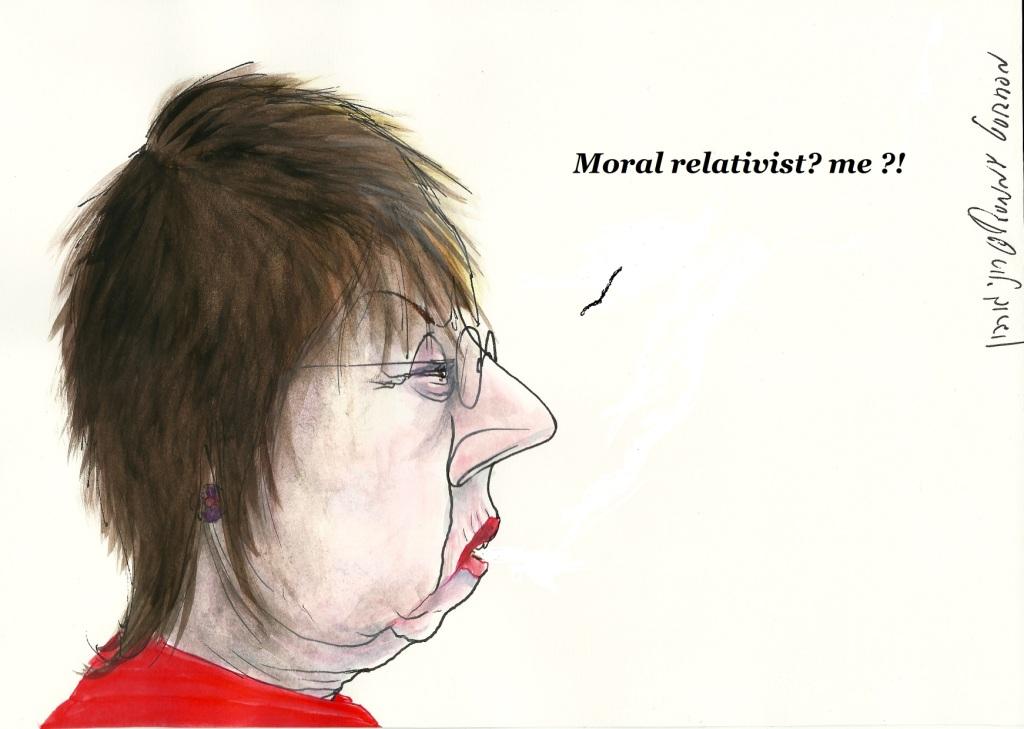 Shoshana Bryen is Senior Director of The Jewish Policy Center.  She was previously Senior Director for Security Policy at JINSA and author of JINSA reports from 1995-2011.