Murderer of Jewish children in France cornered by police

French police say they have surrounded an apartment building in Toulouse where they believe the man responsible for killing three French paratroopers as well as several Jewish schoolchildren was in hiding.

The man, whose first name is Mohammed, claims to be a member of al-Qaeda.

The man told police negotiators that those killings, as well as the fatal shootings of three French paratroopers in recent days, were to avenge the deaths of Palestinian children and to protest French military deployments abroad, according to investigators and Interior Minister Claude Guéant, who was at the site of the raid on Wednesday morning.

The suspect, identified as a French national from Toulouse who said he belonged to Al Qaeda, fired several volleys at security forces ringing the five-floor apartment building in which he had barricaded himself, about two miles south of the Jewish school where the four people were killed on Monday. Three officers were slightly wounded, Mr. Guéant said.

Speaking on French television, the interior minister said authorities were "certain" that the suspect was the gunman responsible for all seven deaths and that it was possible that he would surrender later Wednesday.

He added that although the suspect had thrown a handgun out a window, he was still armed with a Kalashnikov assault rifle and other military weapons.

The suspect had traveled to Pakistan and Afghanistan, Mr. Guéant said, and described himself as a mujahedeen, or freedom fighter. The man had been under surveillance by the French domestic intelligence service "for a long while" before the shootings of the paratroopers "though nothing whatsoever allowed us to think he was at the point of committing a criminal act," the interior minister said.

The French press tried to spin the murders as a right wing, neo-fascist attack, hoping to tar President Nicholas Sarkozy in the process, who is running for re-election. But that was before the man was identified as a Muslim. Now they are pointing out that the three paratroopers he killed were not Jewish - two were Muslim and one was black. Evidently, this matters to some people in France. 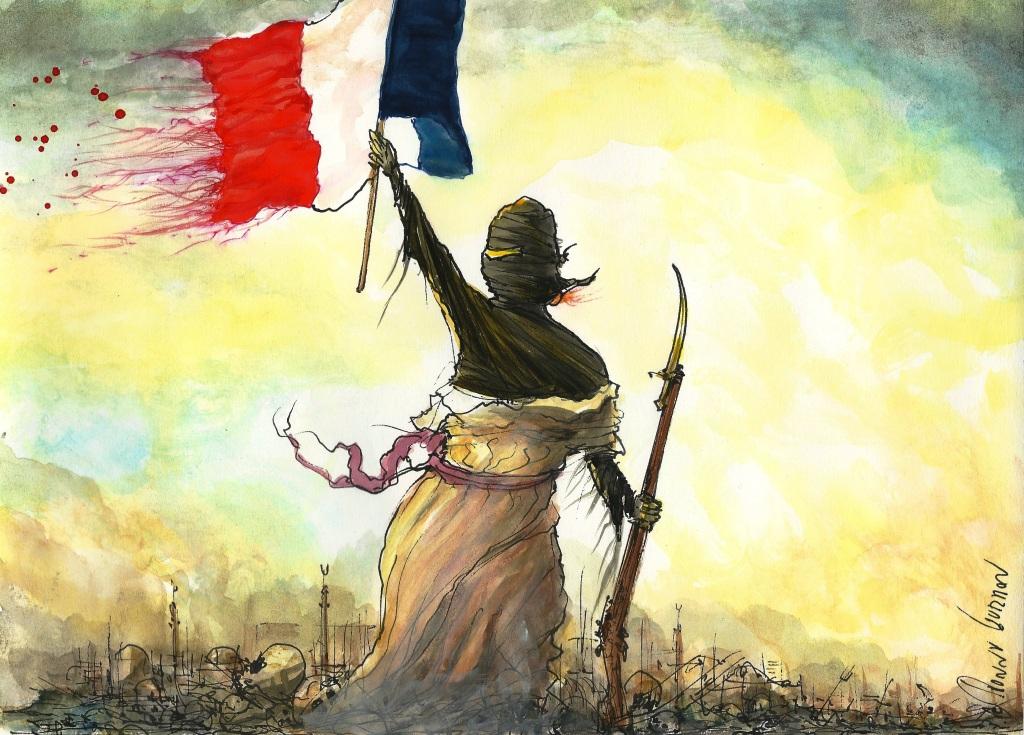