Heartbreaking new video has been smuggled out of North Korea, where mass starvation has reappeared, even affecting the army.  A magazine called Rimjin Gang (using the name ASIAPRESS in English), headed by Jiro Ishimura, is devoted to smuggling images and video out of North Korea documenting the horrors of life under the Kim dynasty.

Two bits of video can be seen today. One was broadcast by the Australian Broadcasting Corporation. The ABC was licensed to show the video only for 24 hours, so has taken it down, but other sites still carry it, and it can be seen here. The ABC describes it:

The footage also shows North Koreans labouring on a private railway track for the dictator's son and heir near the capital Pyongyang.

Strolling up to the site supervisor, the man with the hidden camera asks what is going on.

"This rail line is a present from Kim Jong-il to comrade Kim Jong-un," he is told.

The well-fed Kim Jong-un could soon be ruling over a nation of starving, impoverished serfs.

The video shows young children caked in filth begging in markets, pleading for scraps from compatriots who have nothing to give.

"I am eight," says one boy. "My father died and my mother left me. I sleep outdoors."

Many of the children are orphans; their parents victims of starvation or the gulag.

But markets do exist - private markets that stock bags of rice, pork, and corn. The state no longer has any rations to hand out.

But the state wants its share of this embryonic capitalism.

In the footage, a party official is demanding a stallholder make a donation of rice to the army.

"My business is not good," complains the stallholder.

It is clear that the all-powerful army - once quarantined from food shortages and famine - is starting to go hungry.

"Everybody is weak," says one young North Korean soldier. "Within my troop of 100 comrades, half of them are malnourished," he said.

Jiro Ishimaru is the man who trained the undercover reporter to use the hidden camera.

"This footage is important because it shows that Kim Jong-il's regime is growing weak," he said.

"It used to put the military first, but now it can't even supply food to its soldiers. Rice is being sold in markets but they are starving. This is the most significant thing in this video."

Kim Jong-il's grip on power depends on the military and if some of its soldiers have growling, empty bellies, it is bad news for the dictator and his hopes for a smooth transition to his son.

Kim Jong-il is reportedly dying, and anxious to hand over power to his third son, Kim Jong-un, either 27 or 28 years old.  All power in North Korea depends on the  military, and until recently, the military was protected from the depredations of starvation. A few years ago, some economic liberalization took place, leading to private plots, markets, and a very limited degree of prosperity. However, tensions quickly emerged, as private wealth grew, threatening state power. As a result, a disastrous currency revaluation  happened, with civilians required to exchange old money for newly-denominated bills, and a strict limit on the amount that could be exchanged, in effect confiscating any significant build-up of private wealth, as the old currency became worthless.

As one might expect, production collapsed. The result is that today the economic chaos has reached the point where even the army is affected.  The saddest victims, of course, are the children. Both the ABC video, and this separate video, obtained by the UK Telegraph, show very disturbing images of children and young adults in pitiful filthy states, barely alive, and evidently orphaned, grubbing in the dirt for something, anything on which to survive.

North Korea is a nightmare that has lasted over 60 years. Mean while, to their south, the capitalist Republic of Korea flourishes, a glittering high tech powerhouse, whose people are affluent beyond the dreams of their ancestors and cousins to the north. My son just moved to Daejon, South Korea, the so-called Silicon Valley of Korea. Below, a few pictures showing a Costco store and the McMansions which are now proliferating. 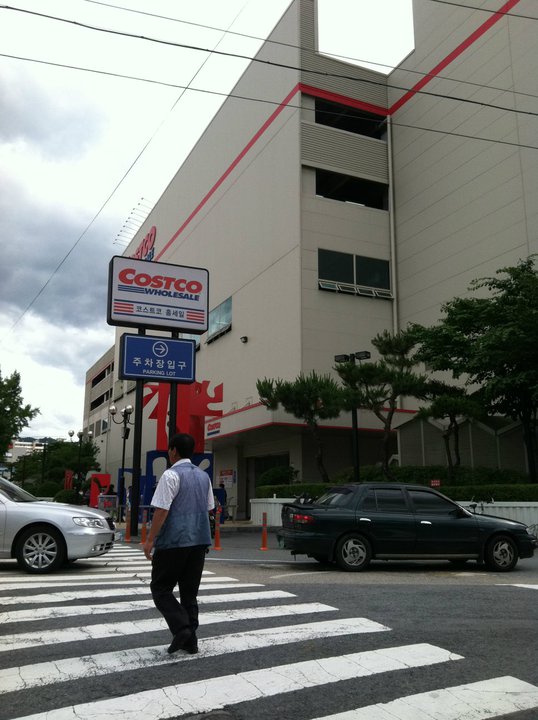 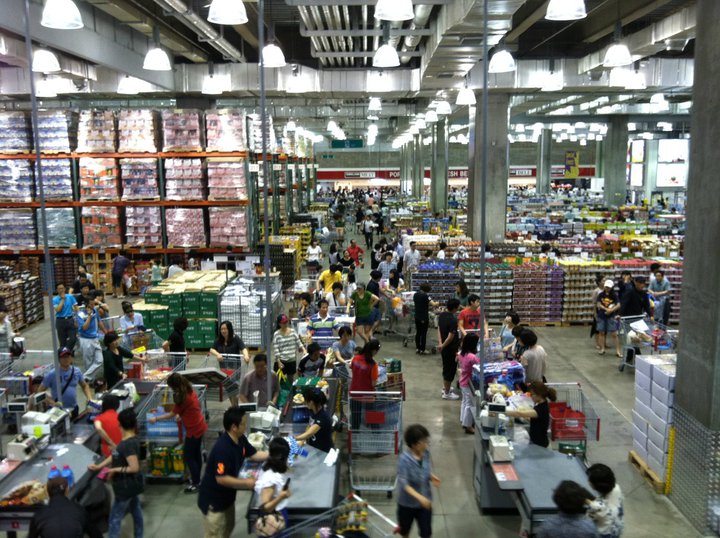 My favorite: Costco shoppers lining up for a free sample of New York strip steak  (as, tragically, people starve across the border): 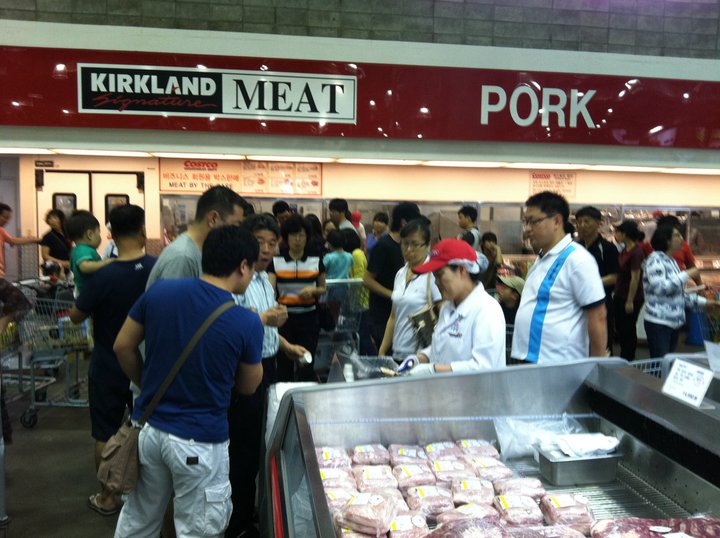 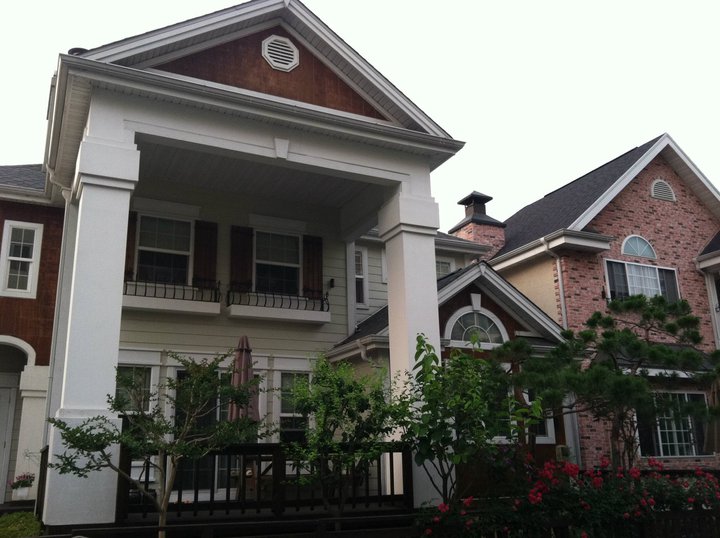 Any questions about the superiority of capitalism over communism?