« Democrats stick it to Sanders again, rigging their own debate to add Bloomberg | Take a bow, Pocahontas: Murkowski hints that Warren's disrespectful question to Justice Roberts punked impeachment for Democrats »
|

The oldest political party in the world is on the verge of implosion. While a lot can happen in nine months (ask any obstetrician), the tectonic plates of American politics are shifting, and the Democrats’ political edifice is built on top of a gigantic set of fault lines. Were Saul Alinsky still alive, instead of spending quality time with the entity to whom he dedicated Rules for Radicals, he would be laughing his head off over the mess the party that claims the mantle of advancing the poor has made of its election prospects. 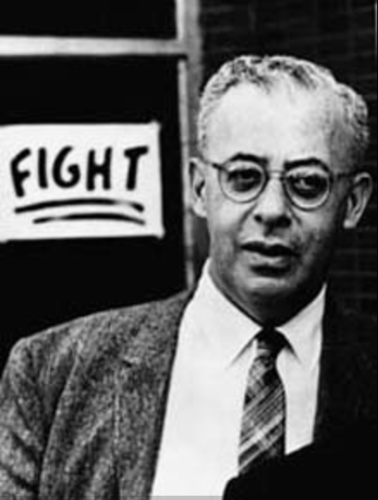 I have long suspected that Donald J. Trump has absorbed Alinsky, for he is a skillful practitioner of most, if not all of Alinsky’s rules. Keep them in mind the next time you watch a Trump Rally on TV or in person (if you can squeeze in):

1.    "Power is not only what you have but what the enemy thinks you have."

2.    "Never go outside the expertise of your people."

3.    "Whenever possible go outside the expertise of the enemy."

9.    "The threat is usually more terrifying than the thing itself."

10. "The major premise for tactics is the development of operations that will maintain a constant pressure upon the opposition."

11. "If you push a negative hard and deep enough it will break through into its counterside."

12. "The price of a successful attack is a constructive alternative."

13. "Pick the target, freeze it, personalize it, and polarize it."

But right now, it is Rule Number Four that most troubles the donkeys, and the 45th president doesn’t have to lift a finger to tie them into knots (though that will not stop him from exacerbating their chaos). Consider this from Spencer Neale of The Examiner:

"I got to tell you what's so disgusting about this," shouted Moore. "I watched the debate here in Iowa two weeks ago. The all-white debate. And the fact that the Democratic DNC will not allow Cory Booker on that stage, will not allow Julian Castro on that stage, but they're going to allow Mike Bloomberg on that stage because he's got a billion f---ing dollars!"

The Democrats build their political energy on top of reservoirs of hatred.  “Identity politics” is a polite way of describing the politics of hatred based on characteristics that formerly were regarded as immutable: race and sex. “Diversity” is a euphemism for excluding some people on the basis of being in the wrong category. Yet they now are re-jiggering the rules of the game for debate participation in order to favor not just a figure who owns two disfavored identities – white and male – but who also embodies two other identities hatred of which party exploits. Even as they blatantly sabotage a “woman of color” who remains in the race.

Moore greatly understates the wealth of Michael Bloomberg. He’s got about fifty times more than “a billion f---ing dollars” and an ego that’s even bigger. Exactly the kind of figure the Dems love to excoriate.  Even worse, he made his money serving the information needs of Wall Street, enabling Big Money traders with his very expensive Bloomberg Terminals to win out over average investors.

Just the kind of guy to force down the throats of their base, whom they seem to think of as “credulous rubes.”  The dirty reality is that the Democrats are the party of the plutocracy and the Deep State that merely pretends to operate in the interests of the less fortunate. They are but political cannon fodder, whose votes are bought by buying off their leaders in the racial grievance, education, and union sectors, and with subsidies paid for by debt and by the taxes of middle and upper income earners not yet wealthy enough to buy expensive tax-sheltering  paperwork and exemptions in the tax code like the carried interest provision that shelters hedge funds.

Our Marxist foes like to speak of “internal contradictions.” But that’s all the Democrats have going for themselves, trying to grab power in the name of the powerless while dependent on the financial support of the richest of the rich. Maybe I give him too much credit, but my guess is that Saul Alinsky would despise them almost as much as I do if he were in any position to do so.