Warning: mysqli_free_result() expects parameter 1 to be mysqli_result, bool given in /var/www/html/americanthinker/admin/common/functions/func.general.php on line 126
 The poetry of Obamacare - American Thinker
« Republicans in Congress admit Obama violating Constitution but say they can't fight it | Dems plan to neutralize Obamacare as an election issue »
|

The poetry of Obamacare 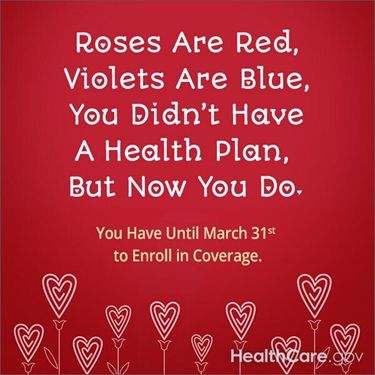 And so they fired back.  Below are a sampling of some of the responses--modified to fit a family publication.  Have a hearty chuckle.

Feel free to add your own on this Presidents' Day week end; a holiday for many government workers.

Communists are red,
President Barack Hussein Obama (D) is black.
Impeach him--and his hacks--
To get freedom--and our health care--back.

Tom Cruz'n ‏@TinPotDickTator
Roses are red,
Violets are blue,
More folk have lost their health care insurance
Than have enrolled under you!

Gateway Pundit readers had their own reactions.

Roses are red
Violets are blue
Obama's a liar
And so are you.

Roses are red,
Violets are blue,
5.5+ million have LOST their health plan
and THAT is what's TRUE!

The uninsured may get healthcare,

But their health care will be paid for by me and you.

(Oh, how true.  Even the cold hearted New York Times was forced to admit:

"About four-fifths of those choosing health plans to date qualified for financial assistance to help pay their premiums, administration officials said.")

Roses are stinky
as they start to rot
I once had insurance
and now I do not.

Roses are red.
Violets are blue.
What's it gonna take
To get rid of you?

Senator Mitch McConnell of Kentucky, the Republican leader, said Wednesday that many of "the new enrollees in Obamacare exchange plans are actually folks who were already insured" or eligible for Medicaid.

Opinion polls show that people who are uninsured disapprove of the health care law at roughly the same rate as people who have insurance.

Still attired in his black and blood red plaid pajamas and busy drinking his Valentine and Presidents' Day hot chocolate, Pajama Boy thankfully was finally unable to "talk about getting health insurance."