Warning: mysqli_free_result() expects parameter 1 to be mysqli_result, bool given in /var/www/html/americanthinker/admin/common/functions/func.general.php on line 126
 Terrorism at Winter Olympics a 'Sure Bet,' says Russian Expert - American Thinker
« The Second Amendment Reaffirmed | Let the voters decide the fate of same-sex marriage »
|

Terrorism at Winter Olympics a 'Sure Bet,' says Russian Expert

Chechen terrorist leader named Doku Umarov declared that his enemies are Russia and "also America, England, Israel, and anyone who wages war against Islam and Muslims."

Chechen terrorists were caught in 2012 hiding caches of weapons (grenade launchers, surface-to-air missiles, and TNT) in the region bordering Sochi. Umarov called for "maximum force" in order to stop the Winter Games from taking place. Sochi, Russia is located in the extremely volatile region of the North Caucasus, an area of Central Asia rife with terrorist camps and violence. 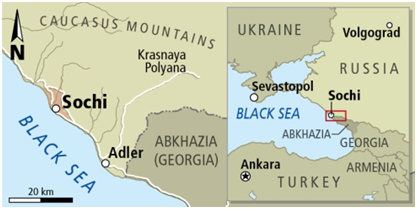 The mountainous terrain of the Caucasus creates a safe haven for terrorists which is nearly impossible to secure. The Russians have tried to secure the region for over a century, yet the violence emanating from that part of the globe is only escalating.

Dr. Daria Kirjanov, professor of Russian history, culture, and language at the University of New Haven, has doubts about the safety of the Winter Olympics, saying, "Terrorism can occur anywhere, but the equation of North Caucasus and Olympics is a sure bet."

Professor Kirjanov's family fled Russia during the Revolution in 1917, and was again forced to flee Czechoslovakia when the Soviets invaded in 1948.

When asked about the evolution of Chechen terrorism, Dr. Kirjanov said, "Insurgent Chechen fighters and leaders have left the country and joined forces with insurgent groups in other parts of the Caucasus and in the Middle East... This development has created a kind of underground transnational movement of Chechens, Dagestanis and other Caucasians who collaborate with radical Islamic groups and, in many cases, share their political views," she points out.

Dr. Kirjanov warns about how worrisome this evolution is, saying, "It is the threat of this merger between domestic terrorism and the terrorism connected with an international jihadist movement that is and has been at the forefront of Russia's concerns at least since 2000." That view is confirmed by Dr. Ariel Cohen of the Heritage Foundation, who issued a similar warning to Congress last year.

The conflict between Russia and Chechnya started as an ethnic and cultural one, but has since morphed into a purely religious clash with fanatical Islam at the center. The conflict also expanded outward from its original location, spreading into the Middle East, to Europe, and eventually to the West.

The Caucasus Emirates is the most active and deadly of the Chechen terror groups. It is their aim to, "establish an Islamic emirate consisting of all North Caucasus republics," according to Cohen. 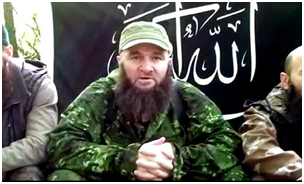 Umarov, the leader of the Caucasus Emirates, has called for the worldwide 'liberation' of Muslims. He is behind some of the most deadly and tragic terror attacks within Russia, including the 2010 Moscow Metro bombings, the 2011 suicide attack on the Domodedovo Airport in Moscow, and the latest bombings in Volgograd, to name only a few.

Written by Lindsay Davis with the editorial assistance of John T. Bennett