Warning: mysqli_free_result() expects parameter 1 to be mysqli_result, bool given in /var/www/html/americanthinker/admin/common/functions/func.general.php on line 126
 Obama's NSA Speech: More mush from the proto-tyrant - American Thinker
« How much longer can President Obama claim that he 'didn't know'? | 17 year old fingered as author of malware used in Target attack »
|

Yesterday, President Obama delivered a speech to an audience at the Justice Department on NSA telephone spying that, in typical fashion, said very little of substance but sounded nice until you paid attention. Almost every change announced included a backdoor that vitiated any substantial change.

Instead of the NSA storing telephone metadata, President Obama wants to the telecoms to store it instead. Reportedly, there was no prior consultation with these private corporations 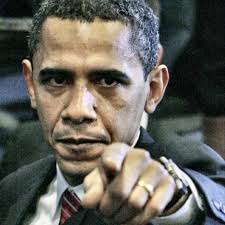 over this move, and most likely they would not welcome the expense and the legal liability that go with such a new role, but hey, they are highly regulated, so what are they going to do? Just like his demands on health insurance companies, Obama is playing the bully with companies whose fate is in the hands of his regualtors.

And, to quote Hillary Clinton in another context, "What difference, at this point, does it make [who has actual custody of the metadata]? Is your privacy any less violated by keeping track of everyone you are in contact with, if the servers containing the information are housed in a private company instead of the NSA?

Obama also announced what sounds like a protection, unless you play attention to the details:

Invoking lofty principles and then going into a highly technical discussion of the N.S.A.'s procedures, Mr. Obama said he would require prior court approval each time an agency analyst wants access to calling records, except in emergencies.

And who gets to define what an emergency is? That's right, it's the folks who want to spy on you.

Mr. Obama did announce two changes aimed at being more open about the use of such letters. Currently, they can come with open-ended gag orders, prohibiting the recipient from disclosing to anyone that it has been received. Mr. Obama has directed Attorney General Eric H. Holder Jr. to amend those procedures so that the gag orders will automatically expire after a certain period, unless the government "demonstrates a real need for further secrecy."

We can all rely on Eric Holder to be fair in determining what is a "real need" - at least if we are one of his people.

Critics of NSA spying on everyone were not assuaged.

"We'd hoped for, and the Internet deserves, more. Without a meaningful change of course, the Internet will continue on its path toward a world of balkanization and distrust, a grave departure from its origins of openness and opportunity."

Carl Messineo and Mara Verheyden-Hilliard, co-founders of the Partnership for Civil Justice Fund

"Rather than dismantling the NSA's unconstitutional mass surveillance programs, or even substantially restraining them, President Obama today has issued his endorsement of them. ... The speech today was 'historic' in the worst sense. It represents a historic failure by a president to rein in mass government illegality and violations of fundamental rights."

"Today, Obama took several steps toward reforming NSA surveillance, but there's a long way to go. Now it's up Congress & courts." (The foundation gave Obama 3.5 points out of 12 on a scorecard it had created on its hopes for "real NSA reform."

"The president's speech outlined several developments which we welcome. Increased transparency for the Foreign Intelligence Surveillance Court, improved checks and balances at the FISA court through the creation of a panel of advocates, and increased privacy protections for non-U.S. citizens abroad -- the first such assertion by a U.S. president -- are all necessary and welcome reforms.

But the underlying problem that gives me the greatest concern was presented by John Hinderaker of Powerline: "The real problem is that Obama can't be trusted"

Thus, for example, several of my friends who contributed substantially to Republican candidates in the 2010 election cycle were promptly audited by the IRS in 2011. One Republican contributor I know was hauled before a grand jury last year by a partisan U.S. Attorney. The U.S. Attorney's office subpoenaed his email and bank accounts and interviewed his business associates, threatening at least one of them with criminal prosecution if he failed to provide information damaging to the Republican contributor. Nothing came of it because there was no wrongdoing to be found, but the prospect of having your bank, phone or email records subpoenaed by a Democratic U.S. Attorney, and being questioned before a grand jury on the flimsiest of pretexts, is obviously chilling. No doubt some Republicans have been deterred from contributing to political campaigns by the Obama administration's record of partisan abuse. Then, too, they have the example of the Democrats' insane attacks on Charles and David Koch, which have been going on for years now. Who would want to subject himself to that kind of harassment?

Obama is behaving like a tyrant, but doing it sneakily, with the connivance of a mainstream media that refuses to present to their audience the alarming stories of what is really going on. The low information majority is blissfully unaware that the organs of state power are being mobilized to suppress Obama's political opponents.

In this context, the NSA domestic spying apparatus is and remains a grave threat.