Warning: mysqli_free_result() expects parameter 1 to be mysqli_result, bool given in /var/www/html/americanthinker/admin/common/functions/func.general.php on line 126
 Obama: 'Give peace a chance' with Iran - American Thinker
« Why do liberals think that a single payer system would work any better than this? | Sarah Palin's father harassed by IRS six times since 2008 »
|

Obama: 'Give peace a chance' with Iran

Who said the 1960's are over? The president of the United States is conducting high stakes nuclear diplomacy with an apocalyptic cult bent on Armageddon on the basis of mush-headed, pot-influenced slogans coined by John Lennon. Caleb Howe of The Right Scoop caught the reference yesterday:

The President took questions today in the Oval Office in a joint presser with President Mariano Rajoy of Spain. The President spoke about security, and discussed the Iran nukes deal.

My preference is for peace and diplomacy, and this is one of the reasons why I've sent a message to Congress that now is not the time for us to impose new sanctions; now is the time for us to allow the diplomats and technical experts to do their work. We will be able to monitor and verify whether or not the interim agreement is being followed through on, and if it is not, we'll be in a strong position to respond. But what we want to do is give diplomacy a chance and give peace a chance. [emphasis added]

Underlying this unfortunate phraseology is the bedrock conviction that the problems with Iran are due to United States intransigence. If only we weren't so imperialistic, so rich, so infidel, there wouldn't be a problem.

The Beatles song about "give peace a chance" was a product of the unilateral disarmament movement of the 1970s, a movement that was a product of a KGB initiative to undermine the West and make the world safe for communist totalitarianism. The left wing students, chanters, and demonstrators shared a conviction that the problems with world peace were all due to American intransigence, and that if we would only put down our nuclear arsenal, then the peoples of the world could all get along. 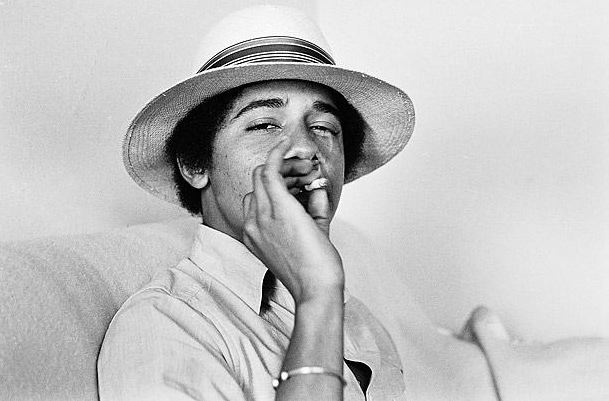 President Reagan proved convincingly that this was all a lie, and that the path to peace was through strength. Unfortunately, the lessons of the fall of the USSR were lost on Barack Obama. The lessons of Franck Marshall Davis were a bigger influence on him. And, apparently, John Lennon.