Warning: mysqli_free_result() expects parameter 1 to be mysqli_result, bool given in /var/www/html/americanthinker/admin/common/functions/func.general.php on line 126
 Why is Obama Disowning His Relatives? (Update: he lied) - American Thinker
« Nelson Mandela, R.I.P. | Is Bill Ayers getting ready to fess up on writing Dreams from My Father? »
|

Why is Obama Disowning His Relatives? (Update: he lied)

The headline of the Boston Globe story reads, "Judge says Obama's uncle can stay in US." Although the uncle in question, Onyango Obama (Onyango going forward), is the second illegal alien in the Obama family to get his green card, there is a more interesting story buried in the text than the likely political favoritism shown these law-breaking Obama kin.

Onyango claimed that Obama lived with him for three weeks at his Cambridge apartment when he attended Harvard Law School. A friend of Onyango's verified the claim. Last year, however, the White House claimed that Barack Obama had never met his uncle. The argument given was that Obama had little contact with the family of the father who abandoned him.

Once again, Obama seems to have been lying. According to his 1995 memoir Dreams from My Father, Obama traveled to meet his father's family in the summer before he started at Harvard. He obviously had some very recent contact with his father's family.

While in Kenya, he heard a good deal about an "Uncle Omar in Boston," whose background and age perfectly match that of Onyango. "She says when you see [Omar], you should tell him she wants nothing from him," Obama's half-sister Auma tells Obama about the wishes of Omar's mother, "Only that he should come visit his mother." Given his interest in learning about his family, the whole point of Dreams, it would make perfect sense that Obama would visit Omar/Onyango when arriving in Massachusetts.

Curiously, Onyango is not the only relative that Obama has disowned. In November 2009 President Barack Obama toured China on an official state visit. During that tour, Obama spent roughly five minutes with his half-brother, Mark Ndesandjo, and Ndesandjo's Chinese wife.

Ndesandjo, the son of Barack Obama Sr. and his American-born wife Ruth Baker, had been living and working in 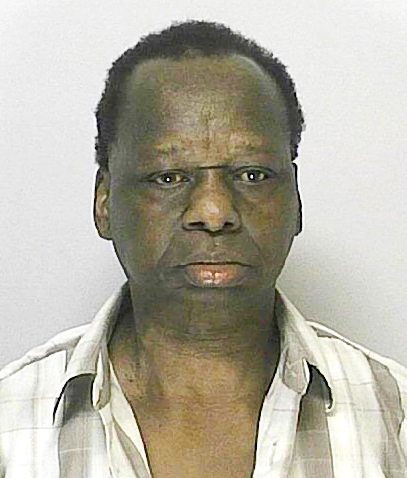 China since 2002. CNN did a short piece on his meeting with the president. In Dreams, Obama goes on at great length about his first meeting with Ndesandjo, who was born in 1965, four years after Obama.

When interviewed by CNN about Ndesandjo, however, Obama answered dismissively, "Well, you know, I don't know him well." Obama then added the kicker that deepens the Obama mystery, "I met him for the first time a couple of years ago."

If Obama met Ndesandjo in Africa as claimed, that first meeting would have been more than twenty years prior. In Dreams, they met twice, at length both times, and in some depth.

Obama may not have read his own book, at least not recently, and may not have even written large stretches of it. Still, there should be no forgetting the two poignant, detailed visits with a new-found brother, visits that consume three pages of book space.

This kind of fictionalization would not be particularly troubling were it an anomaly. It is not. It is the norm. No one really knows where the lies begin and end.

Update from the Washington Free Beacon:

President Barack Obama has admitted to living with his uncle, who was almost deported, one year after the White House said he never met the man.

The president said he lived with his Kenyan-born uncle Onyango "Omar" Obama while attending Harvard Law School, the Boston Globe reported Thursday. However, after Omar Obama's drunk driving arrest in 2011 the White House press office said there were no records of the president ever meeting his uncle.