Energy Secretary Stephen Chu, the man overseeing the Obama administration's subsidies and loan guarantees to purportedly "green" enterprises, has another giant failure on his hands. Professor Chu, who has a Nobel Prize in Physics under his belt, is an excellent example of the danger of academic blindness, an affliction that has reached epidemic proportions in the Obama administration. AB, as we may call it, renders people with excessive pride in their intellects incapable of recognizing practical constraints.  Zack Colman of the Washington Examiner reports:

The Energy Department is taking a $139 million loss on a loan to struggling electric car-maker Fisker Automotive after it found an investor to take a portion of an outstanding loan.

The agreement between the Energy Department and Hybrid Technology reached Friday is a step in an eventual deal to transfer Fisker's assets, which includes Hybrid Technology assuming roughly $170 million of the federal loan, to a subsidiary of the firm. Fisker filed for Chapter 11 bankruptcy protection as part of the arrangement. 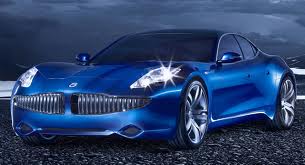 Keep in mind that Fisker Karma, like the Tesla electric cars, is a plaything of the rich, far too expensive for ordinary Americans to afford. Featuring elegant styling and coachwork, the Karma was nothing more than a means for the economic elite to display their moral vanity (and get access to diamond lanes on crowded California freeways, zipping past the proles stuck in traffic because they aren't carpooling and can't afford a hundred grand or so for a rich man's toy).

In a just world, arrogant academics like Chu would be held responsible for the billions of dollars seized from taxpayers that they have squandered. Alas, it will be in another world that Chu's and Obama's karma catches up to them, as their and our chidren and grandchildren struggle to pay back the debts thay have incurred.