According to left-wing media and academic types the original sin of Anglo/French colonialism is responsible for all the trouble in the Middle East. Had the French not created the majority Christian (at the time) state of Lebanon, and the British the Jewish state of Israel, there would be a single secular modern Arab state from Baghdad to Marrakesh. If you believe that, I have a slightly used suspension bridge connecting San Francisco with Marin County to sell you. In reality the Arab world is composed of a bewildering array of sects and tribes, none of whom like each other. Multi-ethnic, pluralistic, societies have a dismal record of failure in this part of the world.

The best solution for the current Syrian impasse would be to partition Syria into separate states which would allow the different sides to live under laws and governments of their own choosing; a large Sunni Arab state controlling the vast majority of Syria, with small Alawite, Druze, and Kurdish states controlling the rest.

Syria's different Muslim sects are concentrated in specific areas: Druze in the south, Alawites along the coast, with Sunni Islam predominating everywhere else and Christians spread throughout. The Sunni majority would be able to establish a government reflecting their beliefs, without imposing that system on the dissenting sects. 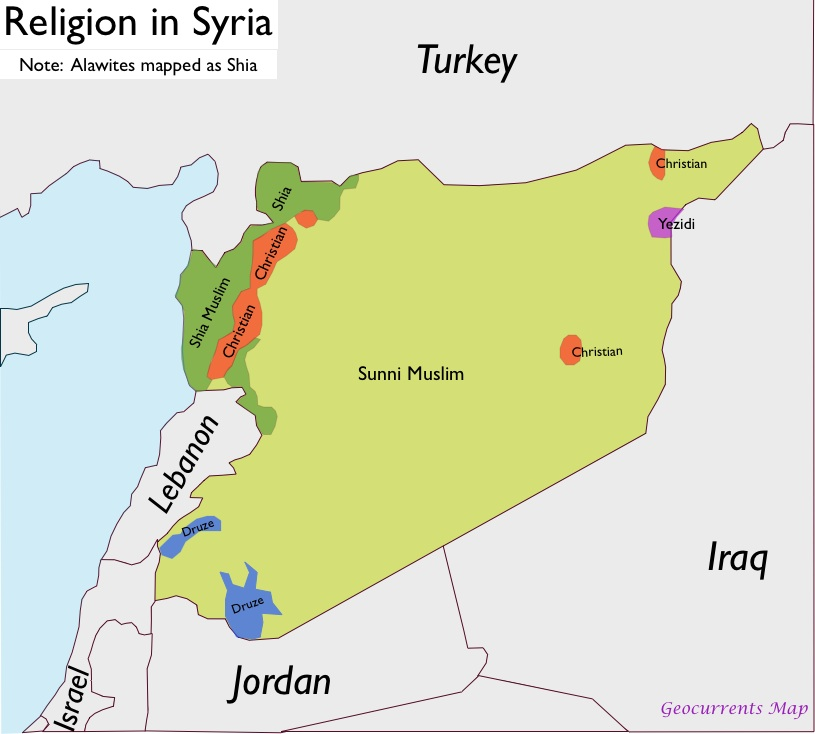 While it wouldn't be perfect, if your particular sect is being discriminated against you could always move to another part of Syria, and Christians could be given the option of moving to Lebanon. The non-Arab Kurds would be given a small area in the north where they could live according to their customs and make Kurdish the official language. The different communities could then concentrate on improvement instead of fighting each other.

The left would object to such a proposal as a sinister plot to break up Syria into smaller and weaker states. In reality the majority of Syria would be part of a single Sunni Arab state, and the Kurdish, Alawite, and Druze states would be quite small. Freed from the source of continued tension and conflict, the various states could work on becoming safe and prosperous. Bigger and more diverse isn't always better. The average income in small homogenous Iceland is far higher than big diverse India. Further, in this particular region religious and ethnic diversity is a source of division and pluralistic societies can only be held together by undemocratic strongmen such as Saddam Hussein and Assad's father.

The French decision to divide Syria into Sunni, Druze, Christian, and Alawite regions didn't cause the Syrian and Lebanese civil wars, the pre-existing division within these societies did. The lines drawn by the French correspond to the real divisions within these societies. The future states would be smaller, but they would be wealthier, safer, and better for the people actually living in them: and isn't that the point?