Relax, it's being thoroughly investigated. The entire policy of technology and intelligence gathering is going to be reviewed. So the American public has nothing to worry about.

Who is going to investigate? Why, of course, it will be James Clapper, the DNI who lied when he testified before Congress about snooping on the American public. 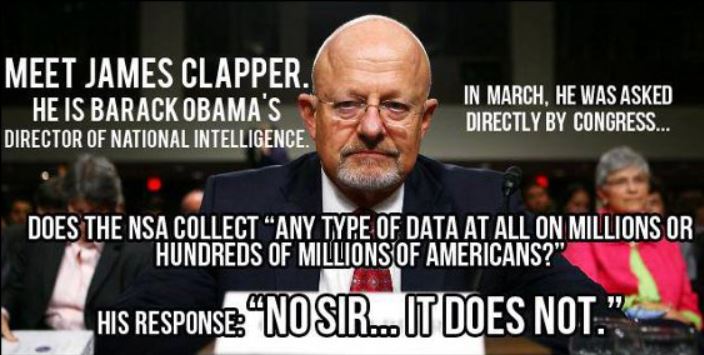 Check out the press release (text below): 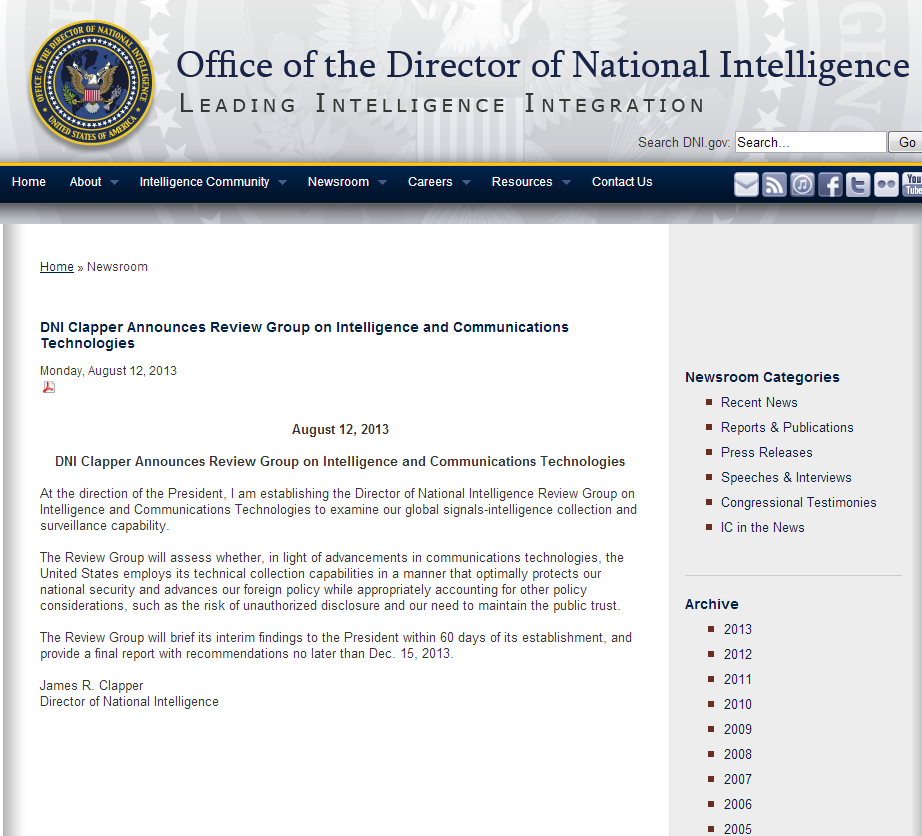 At the direction of the President, I am establishing the Director of National Intelligence Review Group on Intelligence and Communications Technologies to examine our global signals-intelligence collection and surveillance capability.

The Review Group will assess whether, in light of advancements in communications technologies, the United States employs its technical collection capabilities in a manner that optimally protects our national security and advances our foreign policy while appropriately accounting for other policy considerations, such as the risk of unauthorized disclosure and our need to maintain the public trust.

The Review Group will brief its interim findings to the President within 60 days of its establishment, and provide a final report with recommendations no later than Dec. 15, 2013.

Obama said he himself was absolutely confident no abuses exist. But fears had been stoked by the Snowden leaks and revelations of the immense scope of NSA snooping on civilian society in the name of fighting terrorism.

He's absolutely right. Sounds good too, like Obama's 2008 promise to sign on his first day as president an executive order to close the Guantanamo Bay Detention Facility within one year? True to his word, less than 24 hours in the Oval Office the Democrat signed that order.

To note that 1,665 days later Guantanamo is still going strong is a racist criticism. So, we'll note instead that just three days after his dramatic news conference anti-surveillance abuse promise last Friday, the administration moved to create the group.

It is a group of "outside experts" if by outside you mean people who have been outdoors at some point in recent weeks.