The BBC has degenerated into a propaganda organ dedicated to sanitizing Islam and libeling conservatives. That is the only possible conclusion to draw from this scurrilous report that ignores the elephant in the bathtub that ignores Tsarnaev's expressed Islamic motives and instead directs attention to literature in his possession that is mischaracterized as "right wing." 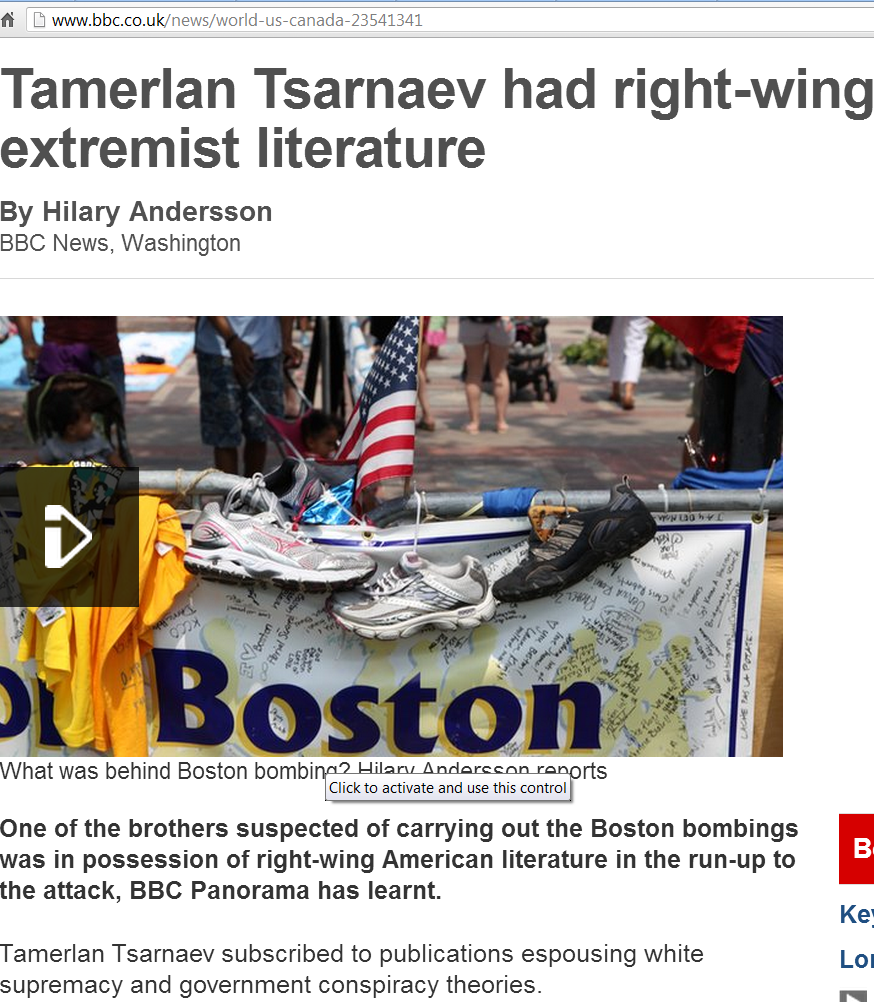 He also had reading material on mass killings...

The programme discovered that Tamerlan Tsarnaev possessed articles which argued that both 9/11 and the 1995 Oklahoma City bombing were government conspiracies.

Another in his possession was about "the rape of our gun rights".

Reading material he had about white supremacy commented that "Hitler had a point".

Tamerlan Tsarnaev also had literature which explored what motivated mass killings and noted how the perpetrators murdered and maimed calmly.

There was also material about US drones killing civilians, and about the plight of those still imprisoned in Guantanamo Bay.

Neoneocon, writing at Legal Insurrection, demolishes the shoddy slander, pointing out that racism is not the property of either left or right, that  Hitler was a socialist, not a right winger (that myth has been systematically propagated by the left, but is a lie). Moreover, 9/11 truthers are predominantly found on the left, and as for the OKC bombing, there is plenty of evidence that a cover-up took place.

What makes the BBC effort most repugnant, however, is the ignoring of the obvious Islamic radical motives of Tsarnaev. It is an outrage the British TV owners must fund the BBC when it is nothing more than a propaganda outfit.