Warning: mysqli_free_result() expects parameter 1 to be mysqli_result, bool given in /var/www/html/americanthinker/admin/common/functions/func.general.php on line 126
 A Straightforward Verdict - American Thinker
« Michoacan is Mexico's big new 'problema' | Weiner's Got Hillary's Pantsuit in a Bunch »
|

Manning was found guilty on 19 counts, including five counts of espionage. A further penalty phase remains ahead.

The media is playing the verdict as some kind of triumph. (According to HuffPo, NBC, CNN, and the Chicago Tribune: "Bradley Manning Found Not Guilty of Aiding the Enemy".) This is an exercise in absurdity. The espionage charges alone are more than enough to put Manning away for a long time -- after all, very similar charges put Julius and Ethel Rosenberg in the electric chair.

The "aiding the enemy" charge was difficult to prove in any case, thanks to the clandestine nature of the war on terror. It is almost impossible to show that any particular terrorist action was a direct consequence of Manning's crime, which is a legal requirement. And it's clear enough that Manning acted not out of malice, but from petulance. He was doing work he didn't like. He was bored. There were no good clubs in Iraq. So he struck out in much the same as he might have done in the petty retail jobs he held before joining the Army, with no greater grasp of the consequences. The notion that he was harming the United States, putting lives in jeopardy, and doubtlessly bringing about the deaths of people who trusted and depended on his country never occurred to him. Bradley Manning is a butterfly, and there's no point in breaking a butterfly on the wheel. It'll be a long time before he sees another Lady Gaga concert, and that's plenty.

The media was particularly focused on the "aiding the enemy" charge with their own interests in mind. With their unerring tendency to look for ulterior motives in every action not carried out by somebody whose names begins with an "O", media reports continually flogged the claim that the military was using that charge to "criminalize" whistleblowers and the reporters they might choose to contact. This led to assertions that WikiLeaks, the freelance espionage organization that used Manning and was used by him, was in truth some kind of media organization itself, possessing he same immunity as actual journalists.

Now that these terrors have been laid to rest, we can expect med 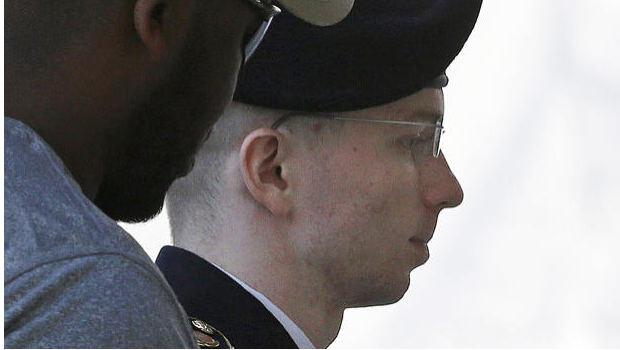 ia interest in Manning to subside in much the same way it has for his erstwhile sponsor Julian Assange since he chose to flee to the Ecuadorian embassy in London. Deprived of a stage on which to caper and pose, these types lose their attraction rapidly. The inevitable appeals and denials will be covered on the back pages.

The Army did a good job on the trial -- somebody was paying attention to possible responses from the media and the public beyond. The process was relatively quick, clean, and impeccably carried out. The verdict is likely to remain unobscured by further controversy and hysteria. It will serve as a clear deterrent and example to others in the same position as Manning, as it should.

Some further questions remain: what is to be done with WikiLeaks, which acted as a transmission belt in both of the recent espionage cases. By this point, the organization, which relies largely on volunteers, has been thoroughly infiltrated by both the FSU and the Chinese "Blue Army". As long as WikiLeaks exists, American national security will remain in jeopardy. Some means of busting it must be worked out.

Similarly, a means of curtailing future Bradley Mannings (and Edward Snowdens) must also be formulated. This is something the Army did not carry out well at all. Testimony clearly suggests that many of those working with him -- including his supervisor, Spec. Jihrleah Showman -- were well aware of his attitudes, and yet nothing was done to insulate him from critical material. This must be corrected. In particular, it must be ascertained whether gays are being given hands-off treatment as regards security clearances. Manning's sense of frivolity and irresponsibility is endemic in the gay community. Misguided pleas in favcor of "diversity" cannot be allowed to cripple national security.

Lastly, we can contemplate the effects of the verdict on that modern Paul Revere, "Ed" Snowden. It has been revealed -- though almost uncovered by media -- that Snowden turned over a complete blueprint of American cyberwarfare efforts to the Chinese. That is "aiding the enemy" with a vengeance. If I was Snowden, I'd be quaking in my Nikes right now.