Much to the dismay of his political opponents, President Obama's personal approval ratings have remained steady, despite the burgeoning scandals enveloping his administration. Dylan Stableford of Yahoo News summarizes the situation:

According to the survey of 1,000 adults conducted May 30 to June 2, a combined 58 percent of respondents said they believe the State Department's handling of the Sept. 11, 2012, attack on a diplomatic outpost in Benghazi, Libya, "raises either major or minor doubts" about the Obama administration's honesty and integrity. 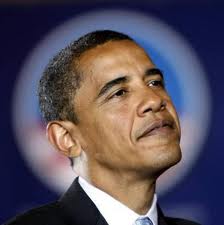 cords has left them doubting the administration. And 55 percent said the IRS' targeting of conservative-sounding groups that applied for tax-exempt status raises similar concerns.

But Americans do not appear to be holding the president responsible for the scandals.

A minority (41 percent) hold Obama "totally" or "mainly" responsible for the Benghazi attack. Even less (37 percent) blame the president for the DOJ debacle, and just 33 percent "directly blame him for the IRS's targeting of conservative-sounding groups."

I remember well the frustration of the left during President Reagan's administration, when Iran Contra failed to put a dent in the president's popularity. They called him "The Teflon president," a term that may need resurrecting. Though conservatives may recoil from the comparison, President Obama seems to enjoy the goodwill of the public due to his winning smile and good humor, perhaps compounded by the reluctance of many to disfavor the first black president.

But in a way, that's fine with me, because he will never be on the ballot again. If voters take out their wrath over the scandals on Democrats in Congress in 2014 and 2016, I will be more than satisfied.