An understandable wave of envy is sweeping through the Beltway mainstream media, in the wake of NPR (formerly known as National Public Radio) showing off a spectacular new headquarters building in Washington, DC.  NPR is spending big on creating a pleasant work environment while most other news media companies are cutting back and laying off.   The controversy started last Tuesday, when NPR offered a media tour of its new facility. Austin Price of Media Bistro reports:

NPR recently moved from Chinatown into its new 400,000 square-foot home on North Capitol, and they're excited about it. Eager to show off the new facility, the organization offered a tour to members of the media Tuesday morning, starting with breakfast from their in-house chefs, along with some talking points from CEO Gary Knell, who outlined some impressive features of the space.

The goal in the new building was to have plenty of open space to promote collaboration, something that was difficult in the smaller, closed-office building NPR used to operate out of. The newsroom is a good example of this. Spreading 100,000 square feet over two floors, the entire room is open, with the second floor operating more like a balcony around the lower level.

Check out the Washington Post slideshow and you will see that they have bought themselves a facility that would be every journalist's dream. I also like the newsroo

I have been visiting and sometimes working in broadcast facilities of all sorts and sizes for almost five decades, and this one is very impressive, at least when it comes to creature comforts. However, for sheer size, the state-owned broadcasters are in a league of their own. The NHK complex at Shibuya in Tokyo where I used to work in the early 70s employed thousands. I still vividly remember cast members from Samurai dramas in full costume and makeup in the building's employee canteen. 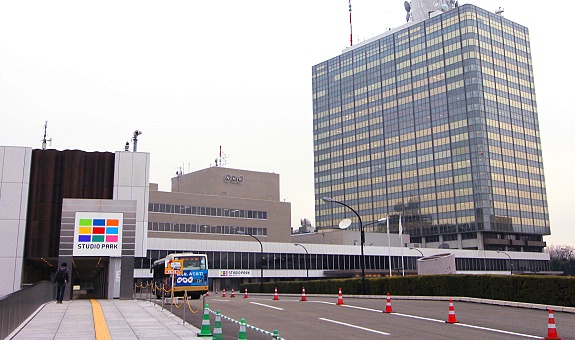 The billion dollar new headquarters of CCTV in Beijing also makes an imposing statement of sorts. 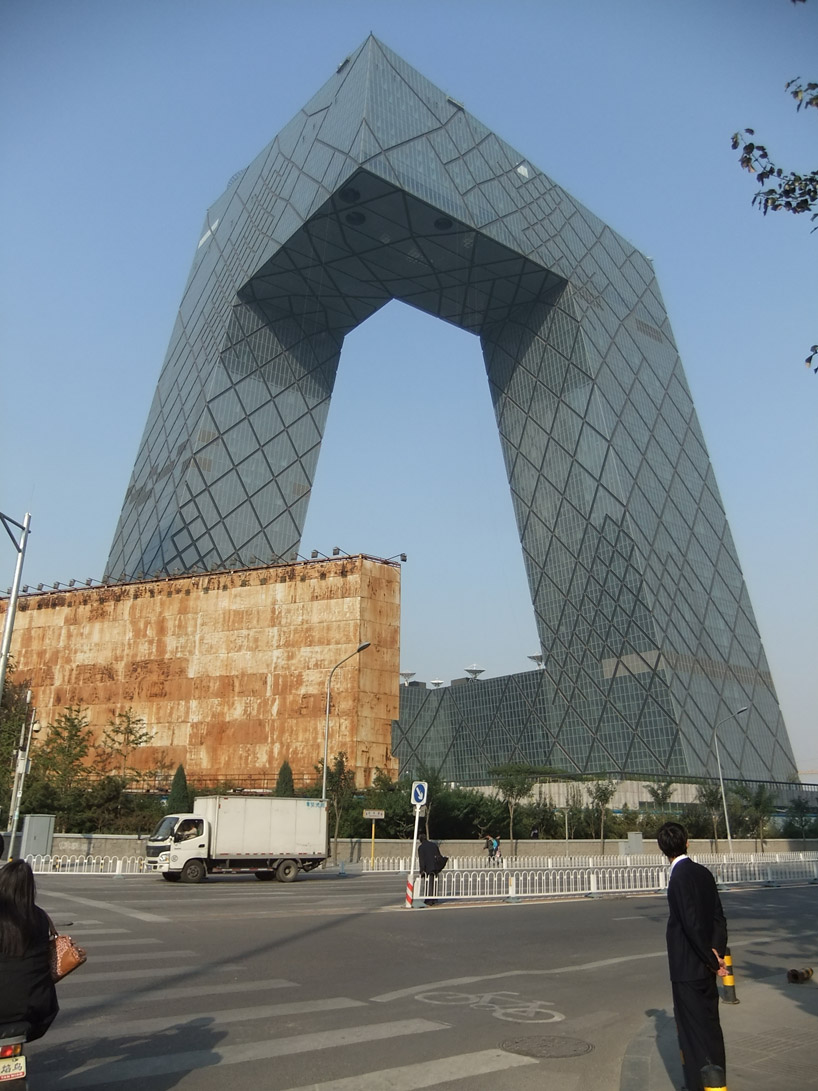 So NHK, with its comparatively modest 400,000 square feet and 800-some employees is a second tier player in the government-sponsored media world, albeit a plush one. High end and elite.

Paul Farhi writes in the Washington Post writes about the reaction, mostly from the conservative media and critics of public broadcasting (who also tend to be conservative, as if you need to be told):

Soon, the blogosphere and Twitter-verse were percolating with denunciations of the building's cost and alleged excesses.

"They build a 'News Palace' and they still need taxpayer dollars?!?" tweeted Jim Farley, vice president of news for WTOP-FM (103.5), the all-news radio station in Washington.

That's a pretty fair point. A direct competitor in Washington, DC that doesn't rely on taxpayers can't afford anything remotely close.  Price of Media Bistro describes some of the frills:

The tour continued through the wellness center, which is capable of simple medical procedures, the fitness center, which is staffed by a trainer, and the cafe, which utilizes the same catering company as Google. The cafe was named by a contest in which employees submitted more than 200 ideas. The winning name, Sound Bites, was entered by Stamberg, further marking her legacy at NPR and the new facility.

The Stamberg in question is Susan Stamberg, the co-host of the afternoon drive time show "All Things Considered," whose distinctive low and slightly mirthful voice is indelibly associated with the network by its older listeners, the kind who might leave endowments to their favorite audio companion. Perhaps another Joan Kroc, the widow of the founder of McDonald's, who left "more than 200 million dollars" to the organization, which she had enjoyed listening to for years. Coincidentally, the new palace is reckoned to have cost just a tad more than 200 mill itself. No doubt the Kroc bequest is invested, and the funds for the new structure came from elsewhere (see below), but since money is fungible, in the end it is almost fair to say that they blew the bequest on fancy new digs.

Price notes that Stamberg's  voice is used to announce floors in the building's elevators. If nothing else, this illustrates the level of slightly self-obsessed care that went into the palace.

Farhi quotes Michael Savage, who is willing to voice thoughts that many MSM journalists must also share:

And Michael Savage, the fire-breathing conservative radio host, took to his microphone to rail against the "incomprehensible" nature of NPR's new digs. "They just opened a new building, NPR," sneered Savage on his syndicated show. "A new building they're showing off how wonderful it is in Washington, D.C. You will not believe the edifice they built for themselves. It's astounding. You cannot believe what they gave themselves at NPR. . . .How much money did that cost to build?

Nobody is asking the staffers of the Washington bureaus of newspapers or the broadcast news networks  how they feel, but they have to be having similar reactions. The meida are living under tremendous stress and would love to have the government looking after them the way it does for NPR, directly, and more importantly, indirectly through "tax expenditures."

However, federal support is critical to public radio and NPR because it subsidizes hundreds of public stations, which then pay fees to NPR for its programs. The federal government provided $69.3 million in operating funds to public radio stations this year.

NPR financed the building this way:

The organization raised funds through a combination of tax-free bonds, individual donations and the proceeds from the sale of its old building.

In addition, the District granted $40 million in tax abatements and froze property taxes on the site for 20 years as part of a deal to keep NPR from moving out of the city. NPR had considered a site in Silver Spring.

So the company (NPR is a corporation) blackmailed a city with a black majority into a $40 million subsidy, virtually snatching textbooks from the hands of urban children. Sure they could have moved to the burbs, but that wouldn't be nearly as exciting as being right in the heart of things, in the nation's capital. Did the DC taxpayers get hosed? But of course nobody can call NPR the r-word because they are liberal and diverse.

Tax free bonds are another example of what Democrats like to call a "tax expenditure." And of course, the charitable donations from people like Mrs. Kroc are also "tax expenditures." So all in all, there's a whole lot of taxpayers' money going into the NPR Palace of Broadcasting.

The lesson to MSM journalists is obvious: the way to a happy life comes with government support.