Early reports indicate multiple casualties from two explosions at the finish line of the Boston Marathon. Fox News is reporting on air that the devices do not appear to have been very sophisticated. A picture at the time of the blast featured on Drudge shows the magnitude of the blast. 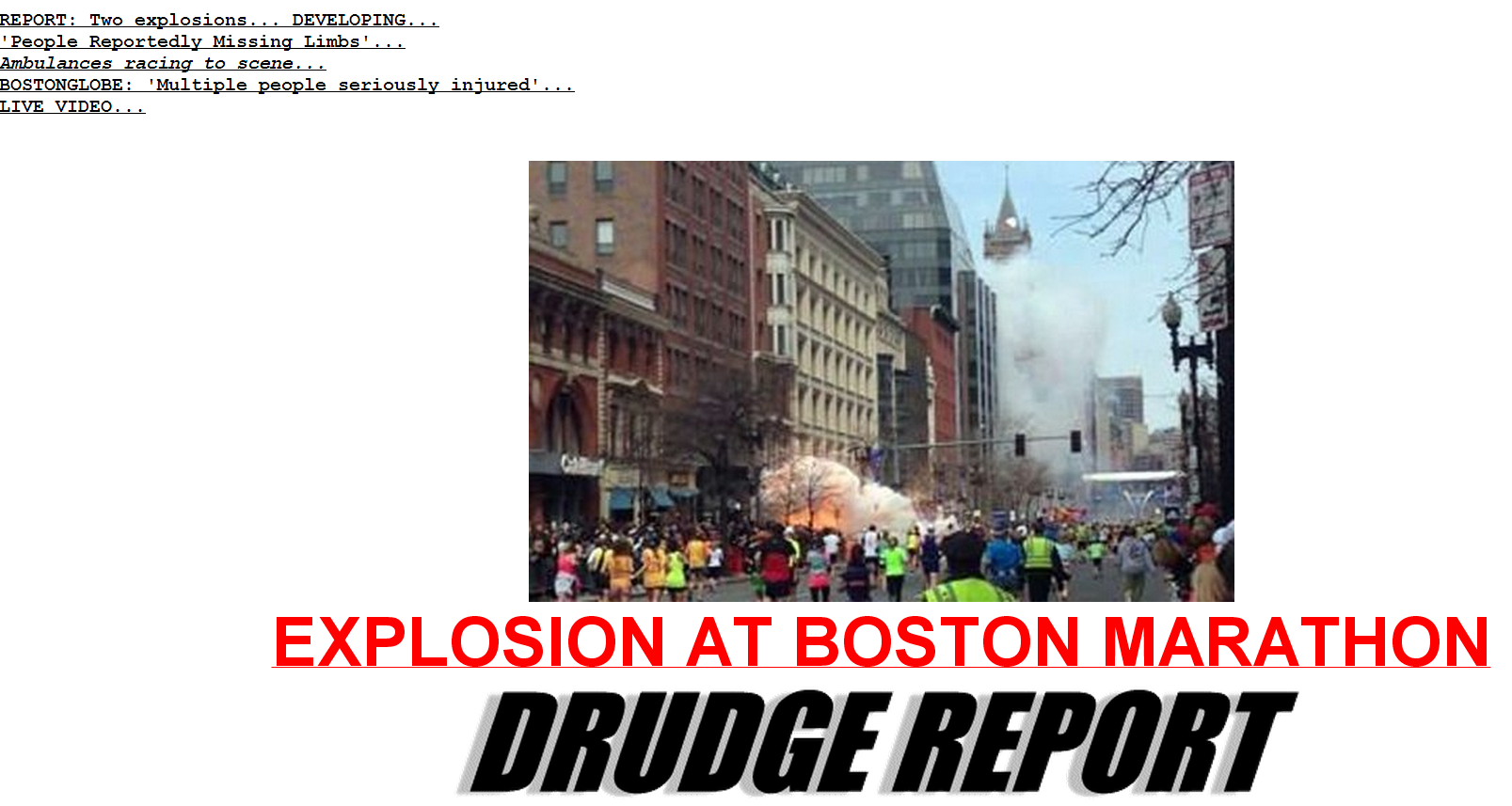 There is a faint possibility that this was a gas explosion or other non-terror incident. But that would represent a fabulous coincidence, since the blast took place at a time when a large number of runners could be expected to be finishing.

Nobody knows anything about who might have done this, should it turn out to be terror. Today is Patriot's Day in Massachusetts, and it is tax day across the United States. Boston is the cradle of liberty, and the Boston Marathon an event with worldwide visibility and shock value.

Reports are that buildings nearby are being evacuated, so evidently more explosions are feared.