The damage assessment respecting the espionage activities of Jonathan Pollard, serving a life sentence for spying against the U.S. for Israel, has finally been released and it indicates the government grossly exaggerated the focus and harm of his actions:

The damage assessment includes new details on the specific subjects and documents sought by Pollard's Israeli handlers (pages 36-43), such as Syrian drones and central communications, Egyptian missile programs, and Soviet air defenses. The Israelis specifically asked for a signals intelligence manual that they needed to listen in on Soviet advisers in Syria. The document describes how Pollard's handler, Joseph Yagur, told him to ignore a request, from Yagur's boss, for U.S. "dirt" on senior Israeli officials and told Pollard that gathering such information would terminate the operation (page 38). 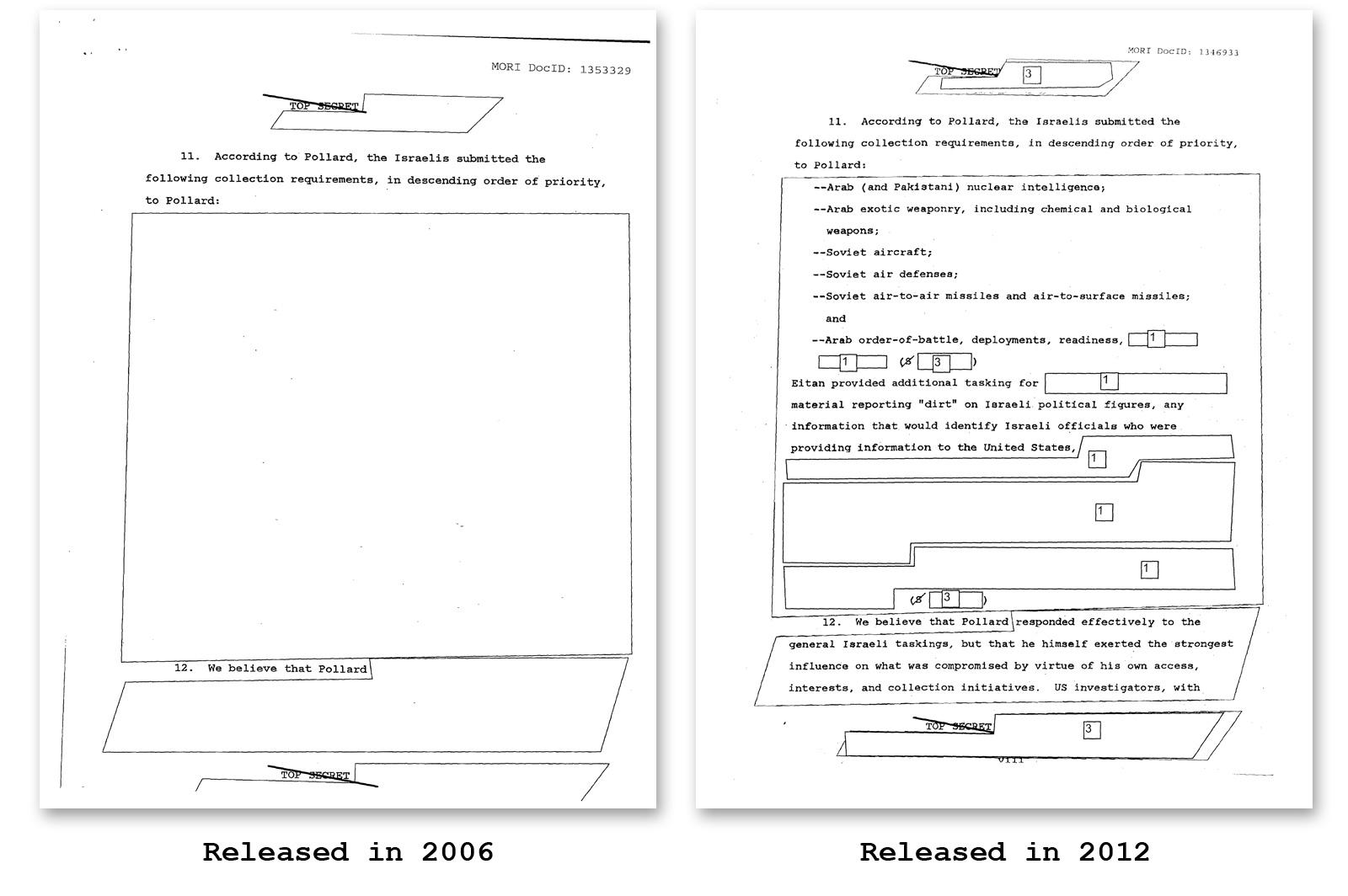 Under the heading "What the Israelis Did Not Ask For," the assessment remarks (page 43) that they "never expressed interest in US military activities, plans, capabilities, or equipment."

The assessment also notes that Pollard volunteered delivery of three daily intelligence summaries that had not been requested by his handlers, but which proved useful to them, and ultimately handed over roughly 1,500 such messages from the Middle East and North Africa Summary (MENAS), the Mediterranean Littoral Intelligence Summary (MELOS), and the Indian Ocean Littoral Intelligence Summary, in addition to the more than 800 compromised documents on other subjects that Pollard delivered to the Israelis in suitcases. [Emphasis supplied.]