America's descent into tyranny is accelerating with Barack Obama's unconstitutional de facto nullification of duly enacted and signed federal law. Speaking in a soft journalism forum, to Barbara Walters in an interview for 20/20 accompanied by Michelle, President Obama stated:

"We've got bigger fish to fry," Obama said of pot users in Colorado and Washington during an exclusive interview with ABC News' Barbara Walters.

"It would not make sense for us to see a top priority as going after recreational users in states that have determined that it's legal," he said, invoking the same approach taken toward users of medicinal marijuana in 18 states where it's legal.

Make no mistake, the oath of office commits the president to "faithfully execute" the laws. By publicly declaring a certain law or category of laws unenforced, President Obama is violating his oath. In a sane world, the academic and journalistic establishments would protest and hound him either into impeachment or repudiation of this pernicious presidential nullification doctrine. But President and Mrs. Obama dress up, appear domestic, and issue a decree that strikes at the heart of a government of laws. 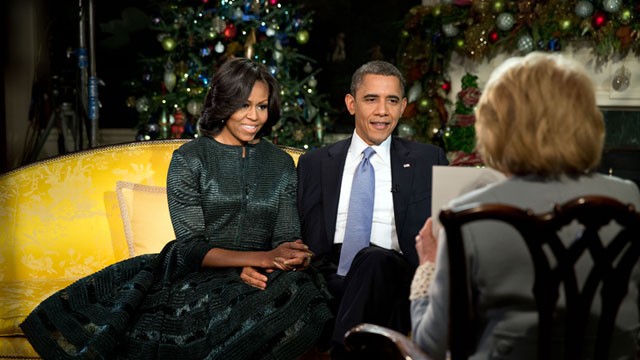 We are accelerating down the slippery slope toward a dictatorship and it is considered crankery to notice.