UN advances effort to grab control of the internet

Next week, the UN's International Telecommunications Union will convene a meeting Dubai aimed at grabbing control of and taxing the internet, all in the name of global peace, justice, and harmony. The revolutionary interactive telecommunications medium is simply too useful for ordinary people to inform and express themselves, and too democratic for the majority of regimes that comprise the United Nations. Far from being a democratic institution devoted to peace, the UN represents the interests of its members,  whose numbers are overwhelmingly comprised of repressive third world regimes.

Claudia Rosett of PJ Media continues her invaluable work covering the attempt to strangle communications freedom in its crib:

Here it comes again - another United Nations-sponsored grab to control the Internet. Next month, Dec. 3-14, the UN's International Telecommunications Union (ITU) is holding a conference in Dubai, at which UN member states will meet to update the ITU treaty arrangements for international communications. The window will be open for everything from proposals for UN-regulated and administered fees to, as The Hill reports, language from China and Iran, which, in an effort to share with the world at large their own domestic practices, "could lead to online censorship and government monitoring of Web traffic."

For those of you who don't spend hours poring over UN web sites, some quick 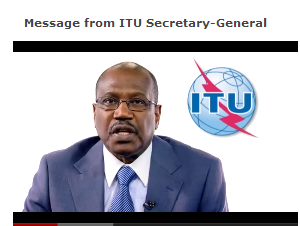 background on the UN's ITU. Based in Geneva, its current secretary-general is Hamadoun Toure of Mali, whose credentials include a PhD from the University of Electronics, Telecommunications and Informatics of Moscow; honorary degrees from, among other places, the State University of Belarus and the National University of Moldova; plus membership in the Golden Order of the Honour of the International Telecommunication Academy of Moscow. The ITU's deputy secretary-general, Zhao Houlin, is from China.

Rosett notes that, consistent with the mission to end communications freedom, the ITU refuses to list the names of those participating in this conference.

Regrettably for freedom-loving Americans, President Obama has indicated that he favors "multilateral solutions" to international issues, which includes empowering the United Nations.  Those who favor a new dark age of socialism and jihad have every reason to hate the internet. They have their eyes focused on methods to tax and regulate it as a prelude to controlling your right to read and write what you wish.