Warning: mysqli_free_result() expects parameter 1 to be mysqli_result, bool given in /var/www/html/americanthinker/admin/common/functions/func.general.php on line 126
 A Whale of a Tale - American Thinker
« Conservatives Harpooned by Orca | Life, Liberty and the Pursuit of Abortion »
|

A Whale of a Tale

This scheme required the campaign to put all of its votes, as it were, in one basket that relied on 37,000-plus people not making 37,000 times X human errors in one ten-hour period -- it is a micromanager's dream come true and a whale-sized omelet in the making.

Team Obama, on the other hand, had locked a bunch of geeks in a windowless room wherein they crunched whale-sized batches of data endlessly.  And then, using the product of that data-crunching, Team Obama produced countless ads and appearances that motived whale-sized groups of targeted voters to flock to the polls.

Thus, on Election Day, we had, in one lecture hall, a professor standing in front of a blackboard asking, "Where's the chalk?"

... wondering about ... Project Orca, Romney's state-of-the-art, cellphone-based GOTV program ... a failure and an embarrassment ... the night before the election ... I called the 800 number for our final conference call and got a busy signal.

And, down the hall, another professor sat at his desk, absently reading, whilst his students calmly trooped up the aisles and deposited their compositions on that desk.

Obama's campaign used buckets of data collected through Facebook, email and other social-media tools to target the voters who supported him four years ago and drive them to the polls again.

... was supposed to enable poll watchers to record voter names on their smartphones, by listening for names as voters checked in. This would give the campaign real-time turnout data, so they could redirect GOTV resources throughout the day where it was most needed. They recruited 37,000 swing state volunteers for this.

Read that whole piece, for it details the myriad, complicated, and manual steps these volunteers had to take, from the day they enrolled in this daft project to late afternoon on Election Day, when the computer crashed, in order to make this grandiose dream ever come true.

Small wonder that it didn't!

A piece at Ace of Spades painfully lays out the disaster, both in its making and in its eventuating:

It would take a lot of planning, training and coordination to be done successfully (oh, we'll get to that in a second). This wasn't really the GOP's effort, it was Team Romney's. ... This was an instruction packet that went out to 30,000+ people. Did no one proof-read it? ... [T]he end result was that 30,000+ of the most active and fired-up volunteers were wandering around confused and frustrated when they could have been doing anything else to help[.]

I have some sympathy for Mr. Romney, for I once worked for a genius who was beguiled by a team of smooth-talking computer whizzes who had developed a magnificent program that allowed a few people to send small amounts of off-the-shelf items over and over again to a very large but select group of clients located in all parts of the country.

Problem was that I had theretofore been tasked by the genius with delivering very complicated vacation packages to large numbers of small groups who had traveled vast distances to experience, together, an almost infinite number of individually picked out variables in those packages.

And the whizzes consulted with neither me nor the other managers up and down the chain as they designed the program for the genius.  Team Romney had the same problem:

[They] put a lot of stock in Orca ... [b]ut according to volunteers who saw and used the system, it was hardly a model of stability ... developed in just seven months on a lightning schedule[.] ... [It was] conceived by two men-Romney's Director of Voter Contact Dan Centinello and the campaign's Political Director Rich Beeson ... [and they] turned to Microsoft and an unnamed application consulting firm.

But Orca turned out to be toothless, thanks to a series of deployment blunders and network and system failures. While the system was stress-tested using automated testing tools, users received little or no advance training on the system. Crucially, there was no dry run to test how Orca would perform over the public Internet.

That Team Romney did not insist on beta-testing the monstrosity is unforgivable:

To summarize: Everything in the Orca rollout went great, except for a failure to do any quality assurance, proof its documentation, or beta test in the seven months from conception to implementation. Whoever was behind Orca apparently also failed to hire a competent Web designer, anticipate server loads, beef up its bandwidth, or notify its ISP to expect a bump in traffic.

... the backroom number crunchers who powered Barack Obama's campaign to victory noticed that George Clooney had an almost gravitational tug on West Coast females ages 40 to 49 ... [and they] sought out an East Coast celebrity who had similar appeal among the same demographic[.] ... [They] chose Sarah Jessica Parker[.]

Therefore, while conservatives mocked President Obama's appearances with Clooney and dinners with Parker and interviews on Twitter and Reddit and all the other carefully calculated things that he did, Jim Messina, with his goofy messages on his hands, and his crew laughed all the way to a second term -- and Mr. Romney and his team never knew what hit them. 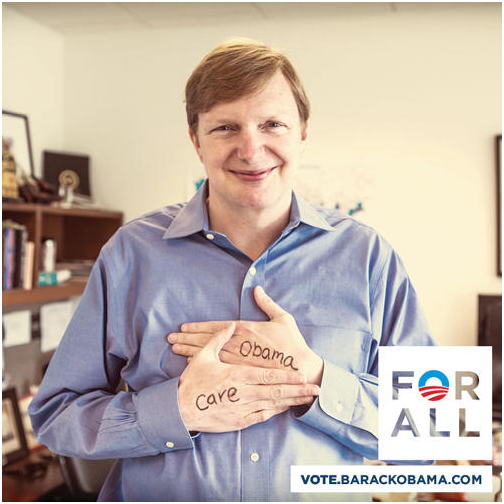 Where's Captain Ahab when you need him?

The author is a retired hospitality industry executive who now has time to beta-test internet security programs for his edification and amusement.