Something bizarre is happening at CNBC

An inexplicable graphic appeared on CNBC's website yesterday. A reader writes us:

When clicking articles on cnbc.com, for maybe a second the attached image of Obama appears, then the article.  I took a screen shot.  This is truly bizarre. 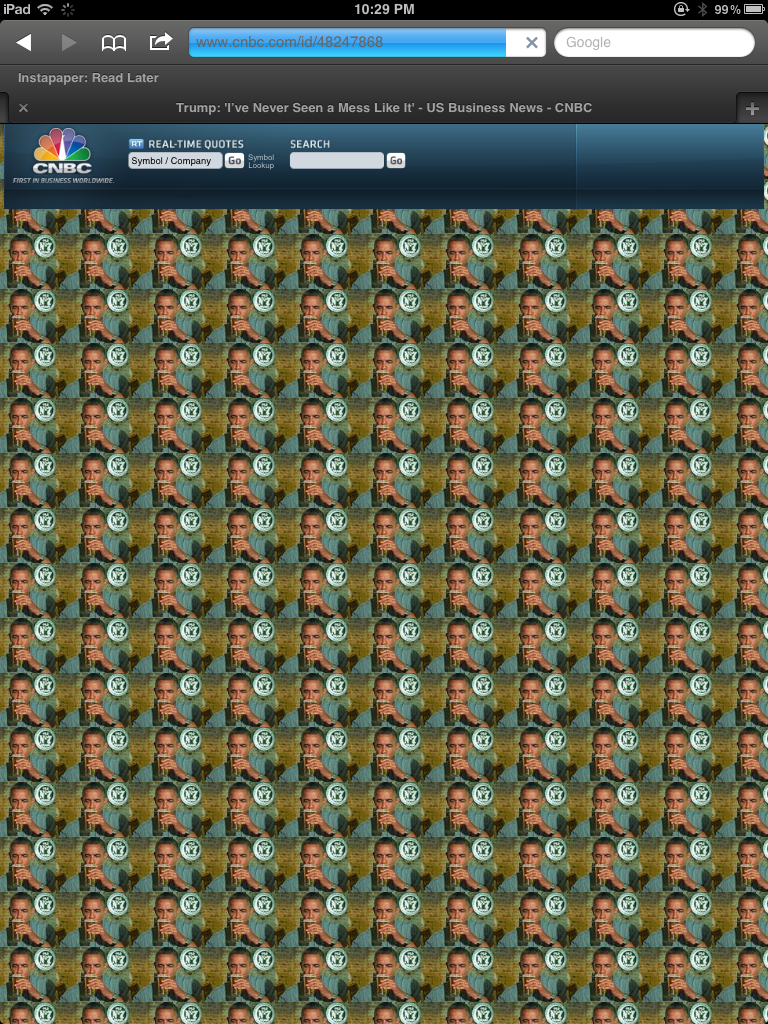 The reader reports that the image is no longer appearing.

Is this some sort of subliminal propaganda? It shows Obama lifting a glass of beer. I can't make out what the seal is, but here is an enlarged version of one of the cells.

Maybe it is a hacker. Could there be embittered current or former employees who were laid off, transferred, or otherwise angered at the corporate move?  Is this pro- or anti-Obama?

For the moment, I am going with a metaphorical explanation, since the rational world yields no conclusions.  In the wake of Microsoft's final divorce from NBC-Universal,  giving full custody of MSNBC and CNBC to the Comcast-controlled (with GE as minority shareholder) corporation, the offspring are already acting out.