Warning: mysqli_free_result() expects parameter 1 to be mysqli_result, bool given in /var/www/html/americanthinker/admin/common/functions/func.general.php on line 126
 Video treats - American Thinker
« Obama's Cure for Illegal Immigration Worse Than the Disease | The Mind of George Zimmerman »
|

Begin with the moving tribute to Andrew Breitbart, with words and music by Chris Cassone and video by our friend Big Fur Hat of iOwnTheWorld.com.

Follow that with the Dalai Lama, who was interviewed by CNN's Piers Morgan and proclaimed his "love" for President George W. Bush, and caused the TV talking head to try a rebuttal: he took us to war.

Speaking of religion, a video urges us to pray for Bo (watch here; still below) 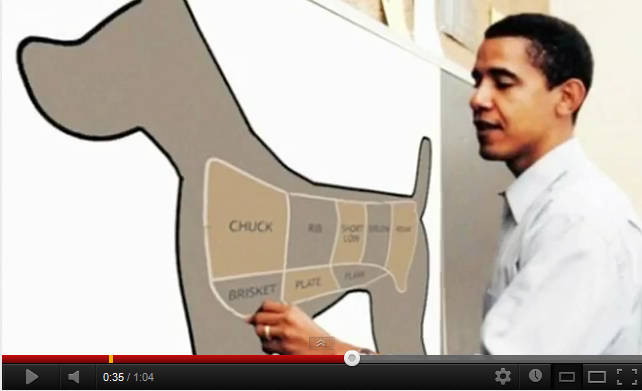 Finally, look at the following video clip being passed around social media (hat tip: Matthew L.). Is it real? It shows Secretary of State Hillary Clinton brushing off a kiss from her husband, turning away and fondly greeting President Obama with a buss on his cheek.