Warning: mysqli_free_result() expects parameter 1 to be mysqli_result, bool given in /var/www/html/americanthinker/admin/common/functions/func.general.php on line 126
 The Race Card Wins Ugly in Louisiana - American Thinker
« Was Michelle Obama behind Hilary Rosen's attack on Ann Romney? | Is the Obama re-election campaign getting desperate? »
|

On April 12 I warned about the race-baiting campaign ahead in a blog titled, "Mitt Romney's Preview of Coming Attractions." I detailed shameful racial flyers posted by Monroe, Louisiana Mayor Jamie Mayo's supporters, but many of the comments from that article expressed disbelief in the authenticity of these flyers or played down the susceptibility of voters to such overtly racist attempts at influence.

Well, the elections results are in, and they aren't encouraging.

In my original article, I included pictures of the following flyers posted in select Monroe neighborhoods in support of Mayor Jamie Mayo's reelection effort. 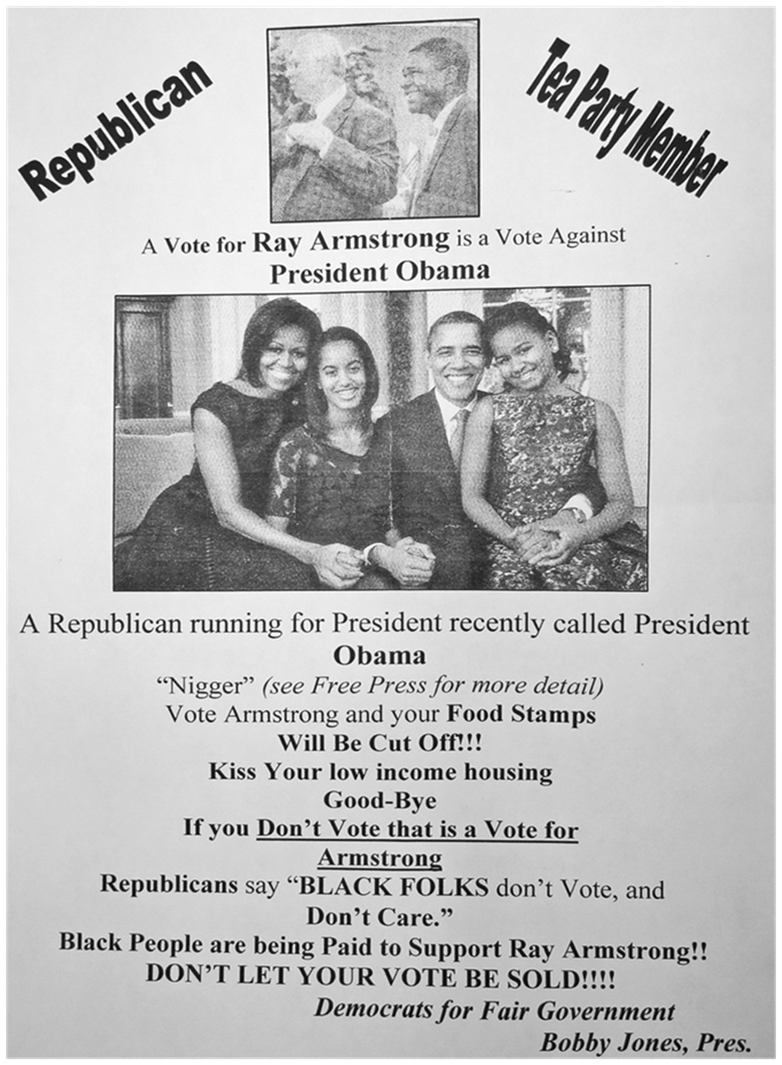 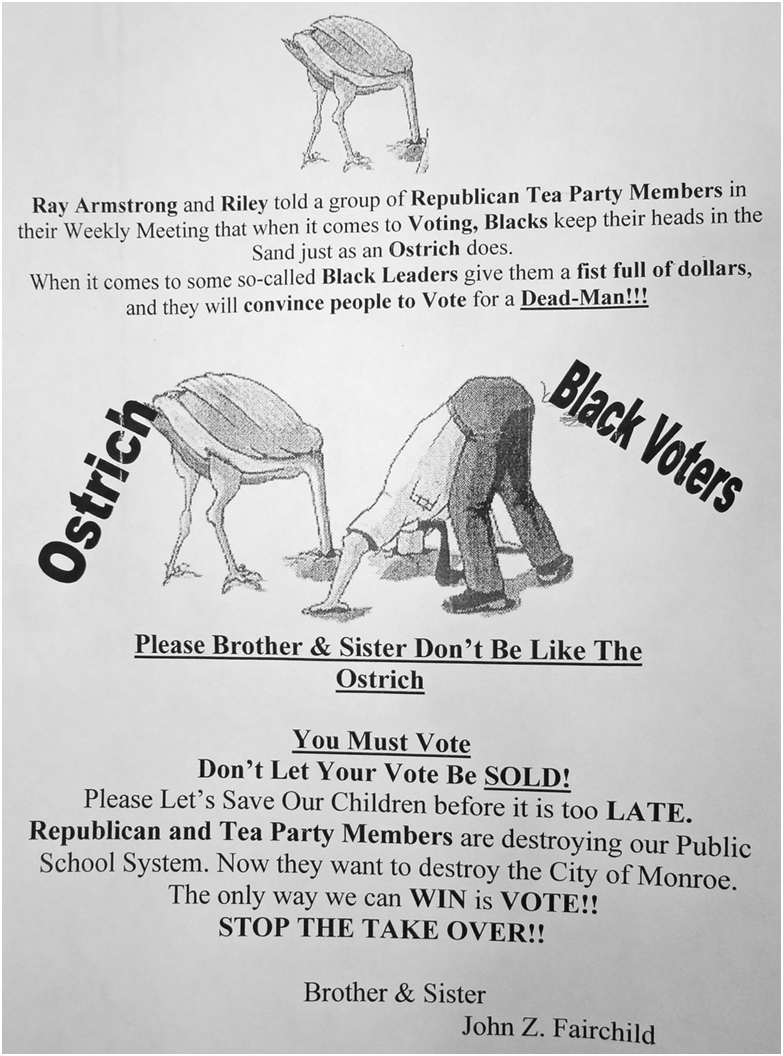 These offensive and overtly racist campaign materials were discounted by many of those who commented on my original article as being unbelievable and so over the top as to be ridiculed by voters who would surely shun any candidate who employed such blatantly racist materials. Mayor Mayo, a black Democrat, embraced President Obama during his campaign and employed tactics from the Democrat election playbook in a preview of what we can expect on a national scale in the run up to November.

To anyone who sincerely believes that this type of overtly racist campaign tactic will be seen as the lame attempt to influence voters that it is, I hate to say that Mayor Jamie Mayo was reelected by a margin of 54% to 46%, despite being under a cloud of suspicion involving corruption and cronyism during his tenure in office.

We conservatives like to believe that American voters are above the influence of such blatant campaign tactics. We rightly worry that Mitt Romney is not prepared to handle the onslaught of a desperate Obama campaign unafraid of pulling out all the stops to insure success in its reelection bid. Team Obama will be employing these and even worse tactics to preserve their grip on power, for their hold on power enables them to even further implement their progressive liberal Marxist agenda. They are totally committed to this vision of America and will stop at nothing in their quest to implement this vision.

This election is for all of the marbles and we must be as committed to victory as the progressive liberal Marxists. The tactics employed in the race for mayor of Monroe, Louisiana are but a small preview of what we can expect to see as the presidential election drags on toward November. If Mitt Romney stays focused on the economy and Obama's failed policies, he will stand a decent chance at winning. However, as their poll numbers sink, Team Obama will employ ever more desperation to regain electoral momentum. Make no mistake that this campaign will be ruthless and dirty, and we must be prepared to fight tooth and nail to have any chance at victory. Remember that these tactics have been proven successful in this election and will be employed on a larger scale by Team Obama.

Tom Roberson is an occasional American Thinker contributor and independent conservative blogging at  www.tomroberson.wordpress.com and doing his small part to save his country. He'd love to hear from you.