Your child's school lunch menu may list more than what's to eat.

In the upper right hand corner is an earnest lecture about the virtues of whole grain foodstuffs. OK, fair enough.  We concede that kids ought to know about a balanced diet, which the school menu for Friday, March 16 does offer. 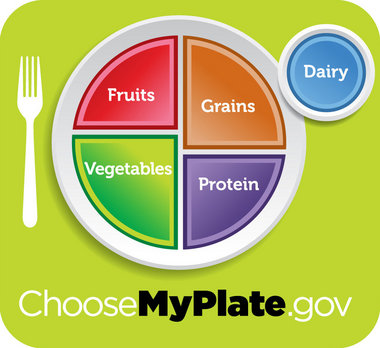 You and I know Suzy and Frankie are going to go for the pepperoni pizza and throw the apple and raw veggies in the trash.

Further, a curious parent might wonder why the daily selections include Schmuckers' Peanut and Jelly Uncrustables, especially in view of the fact that justifiably nervous teachers carry around epipens in case any child has a severe peanut allergy which might be life-threatening. So why is peanut butter even on the school menu?

Actually, of even more interest than what goes into Suzy's and Frankie's stomachs is what is going into their heads.

In the lower left hand corner of the kids' menu is a list of important historic personages whose birthdays are celebrated in March -- Ralph Ellison, Justin Bieber, Dr. Seuss, Harriet Tubman, Danica Patrick and Lady Gaga.

For those who want to know, Ralph Ellison is the author of the Invisible Man, a book published in 1952 that relates Ellison's experiences as a black man.  The redoubtable Harriet Tubman was an organizer of the Underground Railroad.

Danica Patrick, whose wholesome images for young girls are displayed here, is a race car driver.  Lady Gaga is a pop singer whose hit "Born this Way" is a hymn to the gay and transgender communities as well as a celebration of hermaphroditism; and Justin Bieber is a t'ween heartthrob who appeals to prepubescent girls' budding sexuality.  "Dr. Seuss" is Ted Geisel, whose books are written for preschool youngsters just learning to sound out words.

While a couple of the famous people may deserve their place of fame on the menu, Harriet Tubman being first and foremost, it's pretty clear that the people listed are torch carriers for the Left's three favorite themes; namely, race, sex and entertainment.

Other than Tubman and perhaps Ellison, true American heroes whose birthdays also are in March are missing in action.

For instance, parents won't find heroes like Sam Houston, first president of the Republic of Texas; or Alexander Graham Bell, inventor of the telephone on the list of celebrities.  James Madison, U.S. president born in March of 1752 also doesn't make the cut.

Further, where are some important March events of American history like the founding of Maryland by Lord Baltimore or Patrick Henry's "Give me Liberty" speech of 1775? The list could March on, including the Boston Massacre, the Battle of the Alamo, the Dred Scott decision and much, much more.

Not on the menu.

All the kids read on the list have to do with the liberal focus on the doctrines of race, sex and entertainment.  That is, if the kids can even read.  Many of them are still at the Dr. Seuss level of comprehension.

There is one thing we can count on with absolute certainty when it comes to listing famous people's birthdays month by month for Delaware kids to read about and admire while on their lunch break.

When December rolls around, Jesus Christ will not make the list of famous people born in December.

He won't be on the menu.

Fay Voshell, a frequent contributor to American Thinker, can be reached at fvoshell@yahoo.com.