Warning: mysqli_free_result() expects parameter 1 to be mysqli_result, bool given in /var/www/html/americanthinker/admin/common/functions/func.general.php on line 126
 We Stood United and Won In Wisconsin! - American Thinker
« Senator Manchin Gets the Bum's Rush | Does Mexican Drug Cartel Have Deal With US Government? »
|

We Stood United and Won In Wisconsin!

Hi Patriots. Please pardon my crudeness, but I am soooo excited. We kicked butt in Wisconsin! I'm talkin' We The People led by a small band of UNITED patriots!

Wisconsin Democrats attempted to punish six Republicans for siding with Gov. Walker against the tyrannous Teachers Union by demanding a recall. Patriots rallied around these six courageous Republicans and won. The recall failed.

Patriot troops represented in the Wisconsin skirmish were Tea Party Express, Patriot Action Network, Freedom Works, Tea Party Nation, Radio Patriot Blog and The Campaign To Defeat Obama, all joined forces along with your generous financial support to win the day. That's what i'm talkin' about!

I was recently banned from a blog for mentioning another tea party group. This is the kind of ego 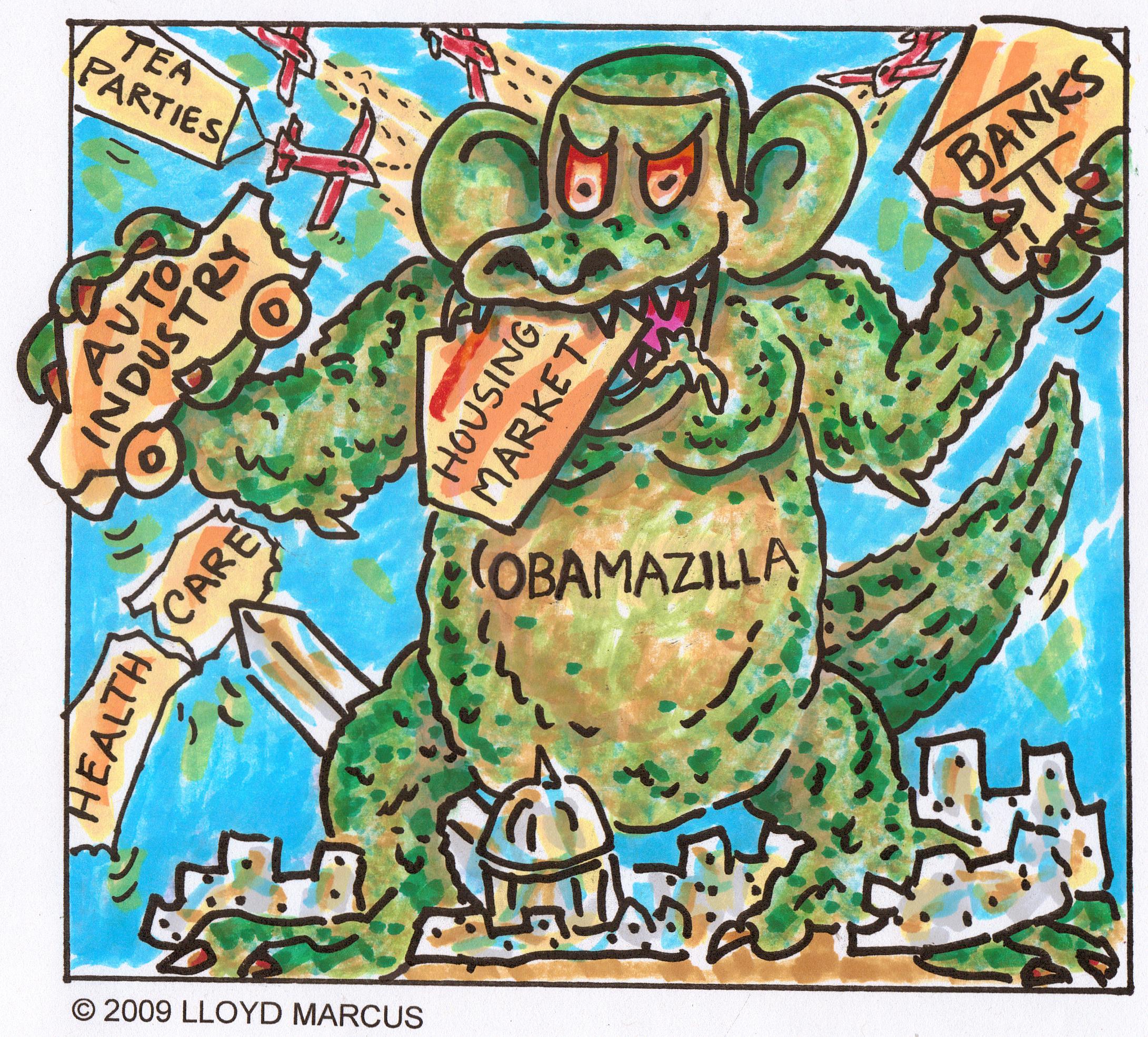 driven silliness the left loves. Patriots, we have only one enemy, Obama-zilla!; not other tea party groups. Obama-zilla is the monstrous fire breathing dragon consuming every ounce of freedom and liberty in his path; wreaking havoc and destroying America.

I would be remiss not to mention our "prayer support" patriot battalion. We love and appreciate you guys as well.

These patriot groups which came together to defeat "evil" in Wisconsin are a perfect example of how we defeat Obama-zilla in 2012; one force, united in brotherhood and purpose.

Lloyd Marcus, Proud Unhyphenated American, is Co-Chairman of The Campaign to Defeat Barack Obama.  Please help me spread my message by joining my Liberty Network.  Lloyd is singer/songwriter of the American Tea Party Anthem and author of Confessions of a Black Conservative, foreword by Michele Malkin.  LloydMarcus.com