Warning: mysqli_free_result() expects parameter 1 to be mysqli_result, bool given in /var/www/html/americanthinker/admin/common/functions/func.general.php on line 126
 Riot at amusement park over 'no hijab' rule - American Thinker
« Hypocrisy hiding behind a Hurricane | Welcome to the double dip recession »
|

Riot at amusement park over 'no hijab' rule

By David Paulin
Playland, a historic amusement  park in Westchester County, N.Y, just outside New York City, is known for its good clean fun. It's perfect for a family outing. Or a date.
You won't find any carnival-style freak shows at the county-owned park -- well, at least not until Tuesday afternoon. That's when a large group of Muslims from New York City and neighboring Westchester County showed up to celebrate the end of Ramadan.

Instead, they had a riot.
A number of them flew into a violent rage when told that, due to safety rules, women had to remove their flowing head scarves or hijabs before going on certain rides -- including the Catch-a-Wave ride, the Crazy Mouse roller coaster and the Dragon Coaster, according to news reports describing a violent melee involving Muslims fighting police, security personnel, and each other. It prompted a large police response -- at least 60 police cruisers from nine agencies, along with a police helicopter circling overhead, according to The Journal News, a local Gannett newspaper offering the best coverage of the melee.
Some 15 people were arrested following the melee, reportedly involving 30 to 40 people. The trip was arranged by the Muslim American Society of New York, which had expected to bring some 3,000 people to Playland, the paper noted. 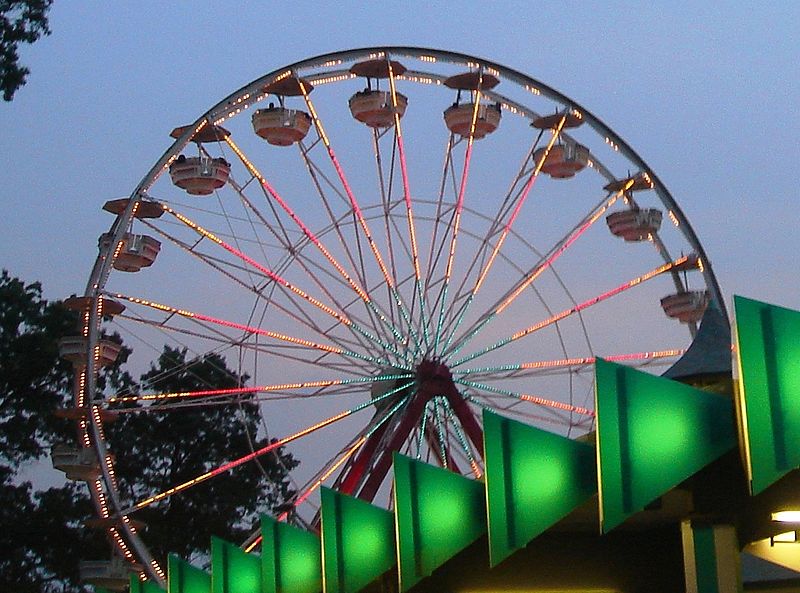 How come the Muslim American Society apparently failed to let everybody on its outing know about the "no hijab" policy in advance? That's a question some park officials were asking, including Deputy Parks Commissioner Peter Tartaglia. He told The Journal News that park officials had "painstakingly" told the organizer about the headgear ban. But apparently, he said, those rules weren't passed along to many attendees.
Then again, maybe Muslim leaders deliberately failed to pass along the "no hijab" policy because they felt they were being bullied; or perhaps they were content to let a confrontation occur.
Safety concerns over headgear were not unwarranted or arbitrary. Over the years, Playland has suffered three deaths due to mishaps on rides. Although the fatalities were not related to headgear, 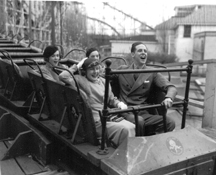 updated and published safety rules were implemented that included no-headgear policies, noted media outlets.
Despite safety issues, the "no hijab" policy threw many Muslims into a rage, including Ola Salem, 17, of Coney Island. She got angry when she was not allowed to join her 8-year-old sister on a ride. "They said no because my of my 'headgear,'" she told The New York Times. "I said, 'It's not my headgear, it's my religion.'"
The park agreed to refund $20 entrance fees to Muslims who were upset, but the offer apparently wasn't enough for many of them.
Amr Khater of Brooklyn told The Journal News he'd come to the park with his family. But upon learning that hijabs were not allowed on certain rides, he said: "Everybody got mad, everybody got upset. It's our holiday. Why would you do this to us?"
The Journal News described situations in which angry Muslim women confronted park officials with an in-your-face attitude. They were pushed back, things got increasingly physical, and then their husbands intervened -- resulting in violent brawls. As police intervened, people were thrown down and handcuffed.
Police told The Journal News that "two (park) rangers were injured while breaking up a fight between visitors, and two visitors were charged with felony assault; they were among 15 people who were arrested"; 13 were charged with disorderly conduct.
"One of the rangers s 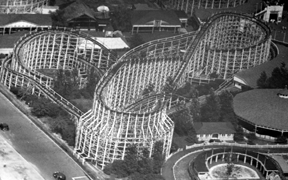 uffered an injured knee and the other an injured shoulder,"  Tartaglia, the parks commissioner, told The Journal News.
Playland, a family-oriented amusement park with Art Deco architecture, has a storied history dating to the early 1900s. It is a U.S. National Historic Landmark, and it was the setting for scenes from a number of television shows and movies, including "Big" and "Fatal Attraction."
Today it's the only government-owned amusement park in the United States, but it didn't start out that way.  In the early 1920s, the 280-acre site was a collection of privately owned resorts and amusement areas, but local residents, concerned about how the site was being developed, urged local officials to acquire the site and operate it as an orderly and low-key government-sponsored amusement park.
This, they believed, was the best way to keep away "unsavory crowds."
|