Warning: mysqli_free_result() expects parameter 1 to be mysqli_result, bool given in /var/www/html/americanthinker/admin/common/functions/func.general.php on line 126
 Obama's Uncle and his phony documents - American Thinker
« One in four Dems want to dump Obama | If the best hair wins... »
|

Obama's Uncle and his phony documents

President Obama's Uncle Onyango Obama, currently in custody in Massachusetts on DUI and immigration charges, has much to teach Americans about how illegal immigrants have been able to get documentation and function in society.  "Uncle Omar," as the president referred to him in his bestseller, Dreams from My Father, has a valid Massachusetts drivers license, which supposedly requires a Social Security number to acquire.

Kerry Picket of the Washington Times, covers the efforts of Boston Herald columnist, talk show host, and national treasure Howie Carr to get to the bottom of Uncle Omar's phony documentation. On his show, Carr said: 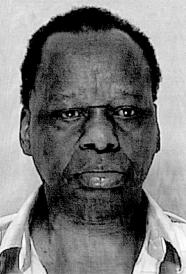 social security number? Maybe I'm just a little mister naive.' But they said that they couldn't tell me because he had the license for at least 20 years, so he had gotten it back in their pre-computer days."

Massachusetts welfare workers assigned hundreds of dummy Social Security numbers to illegal immigrants to enable them to receive millions of dollars in state benefits.Federal officials said Wednesday, there's nothing illegal about it. But Gov. Michael Dukakis says it's got to stop because it goes against his new efforts to crack down on aid to illegal aliens, which he says the state can no longer afford.The practice started after Dukakis issued a 1985 executive order barringstate agencies from asking people applying for state services about theircitizenship status.But citizens or not, the computerized welfare records required a caseidentification number for each person, and that had to be a nine-digit number since for most people the ID is the same as their Social Security number.

The effort to ease illegal immigrants into the mainstream with phony documentation thus has the fingerprints of a Democrat presidential nominee. Uncle Omar's nephew now sits in the White House. Perhaps the president can be asked to comment on his uncle's ability to evade the law, and the role of the official blind to immigration status embodied in his own policies, such as sanctuary cities.

Update: AP reports that ICE had an existing deportation or removal order, but for reasons not apparent, was able to live his documented life. The White House has had no comment.

Update: By strange coincidence, Barack Obama and his uncle both were Massachusetts residents in the late 1980s, while soem interesting questions have been raised about the president's Social Security number.  Don't expect any of the journalists leaking Rick Perry's college transcript or investigating Michele Bachmann's husband's psychology practice, to be intrigued. Hat tip: Lucianne Goldberg