Warning: mysqli_free_result() expects parameter 1 to be mysqli_result, bool given in /var/www/html/americanthinker/admin/common/functions/func.general.php on line 126
 The Psychobabble Bubble - American Thinker
|

Those looking for symptoms of cultural lunacy never have far to look.  Two recent examples tell the tale.  A six year old from Colorado was suspended from public school for kissing a classmate's hand.  Never mind that the little girl was flattered and not offended.  Nonetheless, by a teacher's reading of school rules, the lad was guilty of "sexual harassment," a verdict that was downgraded to "misconduct" only after a national uproar.  It's never too early to sexualize or criminalize childhood in public schools these days.

Meanwhile out in California, a troika of progressive judges is flushing hard core adult felons back onto the street, with the inevitable rise in crime that brings.  The major concern of court oversight seems to be prison overcrowding, as if hot bunks were never part of the prison ambiance.   God forbid that some convict should feel confined in prison.  And never mind that most recidivists get three squares, air conditioning, recreation, health care, free education, and entertainment.   Felons in California are provided more comforts than the working poor in many an American barrio or slum.  Quiescent taxpayers are now the only chumps subject to double jeopardy these days.

Mass commutation for "non-violent" offenders has become judicial remedy in California.  No violence of course to anything but the law.  It takes years and a small fortune in tax money to put the worst behind bars.  Now Uncle Sam's judiciary is sponsoring a jail break, a recidivist stimulus program.  Taxpayer and victims alike now get to pay thrice for the privilege of enabling the worst among us.

The Left Coast inversion of values signifies a culture where concern for professional criminals trumps the interests of victims and citizens, the folks who literally pay for judicial malpractice.  Still, the decay of common sense cannot be attributed only to imprudent social and judicial activism.  Science is part of the slide too.

Judgment and common sense are America's most serious scientific deficits according to Theodore Dalrymple (Doctor A.  M.  Daniels) on the pages of the autumn edition of the City Journal.  Dalrymple is a rare modern polymath, a scientist by trade and an artist by inclination.  Indeed, Dalrymple might be the most prescient writer about culture and society since Charles Dickens or John Steinbeck.

Physician and criminal psychiatrist, Dalyrymple uses the recently revised Diagnostic and Statistical Manual for Mental Disorders (aka DSM-5) to excoriate the practitioners and profession of psychology/psychiatry.  After reading Dalrymple's critique, it's hard to put 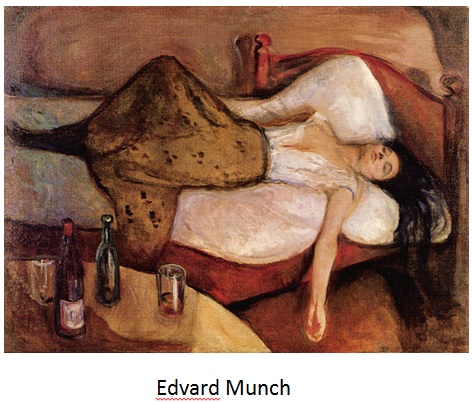 psychology, psychiatry, and science in the same sentence.  Indeed, were it not for the common bond of drugs and chemistry, it might be difficult to think of many psychiatrists as physicians -- or scientists of any description.  "Do no harm" indeed!

Like too few practitioners, Dalrymple seeks to draw distinctions between the diversity or variability of human behavior and verifiable sickness.  He uses DSM-5 as a point of departure for criticizing the failure to prudently separate common personality ticks, poor judgment, moral deficits, and chronic pathology.  Biology, another source for excuses, gets little sympathy as a rationale or default setting for bad behavior in Dalrymple's analysis.

Indeed, Dalrymple illuminates the core cultural issue of the new millennium.  The great ciphers of the future are moral not scientific questions; not what we can do, but what should we do.  A few other scientists elsewhere have tried to elevate the moral dimensions of individual or collective behavioral analysis but none have done it as well as Dalrymple.

And he is not reluctant to question the motives of his colleagues as they inflate the psychosis balloon.  Indeed, a bigger stock of "sick" behaviors is more than a little self-serving.  If almost any behavior can be certified as mental health problems, then the motive is more likely to be revenue not remedy.  In the money matrix; the medical, legal, and judicial professions make common cause.  The vaguest of mental pathologies have cash cow potential.

It might be convenient to label drunks and junkies as victims, but alcohol or drugs are not the proximate causes of trauma.  Nobody catches delirium tremens or cirrhosis of the liver from public toilets.  And to say that substance abuse alters human biology is a little like saying that jaywalking alters your golf swing.

The proximate cause of broken bones in traffic is usually a poor choice on behalf of driver or pedestrian.  Choice and behavior are moral not science problems.  There are no biological solutions to moral questions.  Indeed, reason and ethics are too often treated as mutually exclusive by science.

You seldom hear of an orthopedist or ophthalmologist trolling for, or manufacturing, pathology either.  In this, psychiatry is not unlike government, an institution capable of making spare parts for itself -- with other people's money of course.

There are two tethers for the psychobabble bubble.  One is the expanding catalogue of ailments and the other is the quest to reduce all human judgment to some biological explanation or predisposition.  In short, erode the social cement provided by traditional restraints like choice, will, personal responsibility, and accountability.  Moral restraint as remedy is at once obvious and ignored.

Why is "choice" invoked to defend the taking of life and then discounted when the issue is bad behavior or mental health? We are free to terminate life (abortion, capital punishment, and war come to mind) but somehow we are not in control of all other life choices?

Clearly such double talk is not illuminated by logic, reason, or any medical "science."

And if biology is behavior, what need have we for lawyers, legislatures, judges or jails? If there is no personal or institutional accountability, then logic suggests better chemistry is the "scientific" answer to civility.  Are better pills future silver bullets? Surely both are equally fantastic.

Biological pretense is part of the side show too, the notion that treating a symptom might be the same as solving a problem.  Depression and attention deficit disorders get to take a bow here.  If you cannot tolerate a kid's predictably annoying behavior, you can always anesthetize the child.  Pediatric 'mental' pathology has become too easy a stand-in for adult selfishness, impatience, or incompetence.

And when an adult has the blues, why not pop a pick-me-up pill too? The "science" of psychology and the "science" of education allow for such remedies -- and abuse.  If modern mental health practice is a charade, the game is still very good news for diagnosticians and chemists.

One of Dalrymple's readers provides a telling anecdote.  A young woman complained to her grandmother about depression, yet admitted that she couldn't think of a single reason for the malaise.  Grandma suggested that her grandchild consider "ungrateful" as an explanation for the black dogs of angst.

Indeed, selfishness and ingratitude are common sense explanations for much bad behavior, anxiety, and associated guilt.   Those with such symptoms are actually true victims -- victims of affluence.   Parents and schools are too eager to medicate rather than tolerate.  And medical professionals and chemists are only too happy to cooperate.  Selfishness has metastasized into a social disease.

Many mental health problems are now, like dependency in general, generational tautologies or self-fulfilling prophesies.  Smokers get to play on the same ethical plane as vegetarians.  Medical professionals provide the excuses and then politicians provide monetary incentives.  No one worries much about real solutions.

Drunks, junkies, and depressives are examples.  Once certified as chronic, the law subsidizes disability, monetary motive that insures future dysfunction.   And when such dilemmas are underwritten by tenuous claims of biological determinism, social and civic pathology becomes a closed loop.

Psychiatry and psychology are omniscient when it comes to diagnosis, but incapable of professional restraint or anticipating the unintended consequences of indulgence and quackery.  Psych practitioners often plead for equality with other medical specialties and then do their damnedest to court ridicule.  Credibility is earned, not assumed, in any discipline.  Good intentions are a weak tea.

The mix of behavioral immunities and financial incentives is a toxic social mix.  In such a world, childhood is criminalized and adult felonies are furloughed.   Without the candor and courage of chaps like Theodore Dalrymple we might all be disabled, on the dole, and on the couch.

G.  Murphy Donovan writes about the politics of national security.