Obama is Weak and the Mullahs Know It

The mullahs of Iran are playing the game of the good cop, Moderates, and bad cop, Hardliners, with the present American administration, and unfortunately President Obama is so eager to prove his misguided statement of six years ago offering negotiations with Iran with no preconditions, that he may fall in the mullah's trap. The reality is that there are no moderates in the regime of Iran. Khomeini set the law of "United under the absolute rule" that makes all dissent nothing but treason punishable by death.

The mullahs are cunning, soft-spoken and deceitful. Ahmadinejad was not a mullah -- he was a useful idiot for the dear supreme leader Ali Khamenei. He had a big mouth but no power -- that made him less threatening than Rouhani.

Ask any Iranian about the nature of the Shia Mullahs, they will tell you that there is no one as cunning, deceptive, unreliable, and capable of lying as they are. Khomeini lied to the people of Iran and the world, and his heirs have continued the same policy, called taqqiya. The rule of taqqiya means that a Moslem can lie, cheat, and commit murder in upholding Islam.

I was in Iran during the 1978-1979, heard Khomeini, the Islamist clergy, and their marchers whose slogan was: DEATH TO AMERICA. Their revolutionary propaganda was mostly directed against America and the Shah was damned for being the servant of Imperialist America. 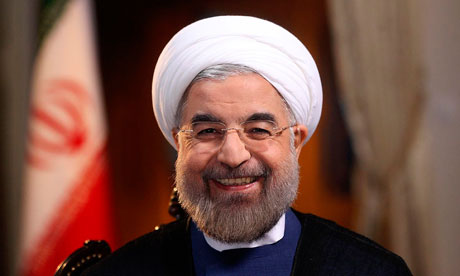 The Islamist regime boasted about kicking America out of Iran and has made it their number-one policy to keep the United States out. This has been fed to their 6% constituency, with every Friday sermon ending: "Death to America" for the last 35 years.

The history of the Iranian mullahs has proven that no matter what they say, they will never carry out their promises and do not respect their signature or any contract they sign. That is why Iranians have never trusted nor respected the mullahs. Hafiz e Shirazi, a well-known 14th-century Iranian philosopher-poet, said about the mullahs: Do not trust the mullahs, who will tell you one thing on the pulpit but do another in private.

When asked by an American reporter what his feelings were on returning to Iran, Khomeini said "nothing." In another interview, he said: Iran is only a platform for us to spread Islamic rule around the world. During the last 35 years, the mullahs of Iran have proven that they are capable of all crimes against humanity in order to stay in power on their own terms. They use Iran as the platform to spread their ideology by spending Iranian wealth to promote international terrorism through Hamas, Hizb'allah, Sudan, Bolivia and so on, while the children of Iran are starving.

President Obama continuously repeats that we need to reach out, negotiate, and use diplomacy with President Rouhani -- who, by the way, is the representative of Ayatollah Khamenei and not the people of Iran.

Europeans, through Jack Straw of the UK, Dominique de Villepin of France, and Joschka Fischer of Germany, tried negotiations for five years with the so-called moderate reformist, mullah President Khatami, represented by none other than Hasan Rouhani. That effort ended in disaster, with the European Union admitting its failure. President Reagan tried also. He sent a cake and a Qur'an to Khomeini, but Khomeini fed the cake to dogs and willfully ignored President Reagan's proposal of friendship. President Clinton worked diligently on negotiations for eight years. 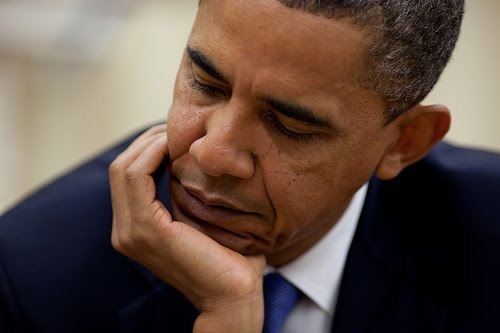 As I wrote five years ago, since 1979 every president of the United States has tried the same as all of the above. Two secretaries of state, Warren Christopher and Madeleine Albright, both failed during the regime of the same mullah president, Khatami. It was Warren Christopher who called the regime of Iran "evil" after over three years of unsuccessful negotiations. Mrs. Albright even publicly apologized to the mullahs of Iran for America's sins. She eliminated trade sanctions on three items as a goodwill gesture and offered incentives on Iranian frozen assets, but at every point, the mullahs ungraciously found excuses ignore the repeated gestures of good will and refused to take a single step forward.

The most important fact to remember is that while the negotiations were going on between the Clinton Administration and the mullahs of Iran, they were continuing the development of their hidden nuclear program.

The Bush administration also tried directly and indirectly, behind closed doors and in public. If the mullahs of Iran wanted to negotiate, there was the April 2006 package approved by the European Allies and Russia and offered by the U.S. with good will and many incentives. Yet typically and inexplicably, Iran remained recalcitrant and rejected it.

For all the above reasons we, the Iranian Americans, think that President Obama should only trust the people of Iran and not the dictators.