Conservatives are patriots. When we see an American president in trouble, we tend to see his problems as our own.

Which makes it hard to know how to react to Obama's troubles in Syria.

I am going to make an unusual case here that Obama's Syrian stumbles actually benefit the United States and the civilized world.

I can think of only one precedent: Jimmy Carter's punch in the nose from Ayatollah Khomeini in 1979, which caused American voters to elect Ronald Reagan instead.

Reagan speedily restored respect for America in the world. For one thing, as soon as Reagan was elected Khomeini released his US hostages in Tehran. Ten years later the Soviet Empire crumbled.

Looking back, it seems that Jimmy Carter and his NSC advisor Zbig Brzezinski actually helped the sadistic Khomeini regime rise to power after pulling the rug out from our ally, the Shah of Iran. Apparently Carter thought the United States deserved to lose Iran as an ally because of what happened in 1953, almost three decades before, when Stalin was in power in the Soviet Union. This is plainly insane, but Carter and Brzezinski still defend their screwy reasoning today, while the Iranian theocracy kills its young people and commits aggression against us.

In the upshot, defeating Carter was a very good thing for the United States and the West.

Obama is the second fervently anti-American president we have seen. That was hard to accept for a long time, but after the overthrow of our longtime ally Mubarak in Egypt, after Obama's active support for the Islamofascist Muslim Brotherhood, after the Benghazi arms-smuggling operation to Al Qaida-allied rebels in Syria, and now, after Obama's selective outrage against Syrian poison gas attacks in a civil war where 130,000 Syrians have died -- after all those facts I don't think Obama is running a pro-American policy any more.

While we were scratching our heads about his oddball president, his tiny inner circle -- Obama, Jarrett, Michele, Axelrod -- were going Go 'Bama! Bow down to another murderous tyrant, please!

If that seems perverse, it was. This is the most perverse administration in American history.

By now it's impossible to avoid the conclusion that Obama is fervently anti-American. Which is what you might learn from his personal history, all the way from Mom the Stalinist, to his "mentor" Frank Davis the child pornographer, all the way to the "Reverend" Jerry Wright and the Alinsky Machine in Chicago. 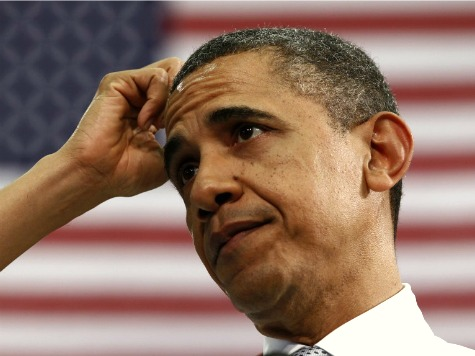 They all sing the same song, and love for America is never part of it. There's no way Obama could have been marinated in that toxic stew all his life and not come out as a feverishly anti-American ideologue.

Today we see the proof.

Five years ago, after Obama was elected by our America-loathing political class, the One delivered his Message to the Muslim World from Al Azhar University in Cairo. We now know that Obama's speech signaled a radical reversal of American policy, flipping 180 degrees to support Jihadist war cults like Al Qaida, the Muslim Brotherhood and Iran's mullah cult.

On the face of it, supporting your deadly enemy in a time of war is insane. But this is Obama. Maybe he explains it to our Chiefs of Staff as a clever way to split the Sunnis from the Shiites. Lying is Obama's biggest talent, and no doubt he spins his actions in different ways to different people.

But look at the facts.

Obama is now exposed as having directly supported Islamic jihad cults in Egypt, Libya, and Syria. He has done it in close coordination with the Islamist regime of Recip Erdogan in Turkey and with the Muslim Brotherhood in America. There is a good reason why Huma Abedin was Hillary's "personal aide" as Secretary of State. Huma had worked as a magazine editor for the MBs, and her close family is Muslim Brotherhood.

There is not much doubt where her loyalties lie.

(The fact that Tony Weiner the penis texter is married to Huma suggests that Tony has at least one other talent: Swinging enough money from the Brotherhood to run for mayor of New York. Just a wild guess, you understand. For all I know, Tony might the best qualified guy in Manhattan.)

But let's get back to Obama.

Wherever Obama saw a chance he has tried to shaft our Middle East allies, including Hosni Mubarak of Egypt, Netanyahu in Israel, and even the Saudis, who hate Obama's retreat in the face of their biggest threat, Iranian nukes and missiles. The Saudis live right across the Persian Gulf from Iran, and Khomeini tried to overthrow them thirty years ago. They haven't forgotten that.

Still, the Arabs have resisted Obama as much as possible. They have suffered a great deal. Today, Egypt is still in chaos. Libya is in a civil war. Millions of Syrians have fled from the war between Sunni radicals (supported by Obama) and the Assad regime. No wonder the Saudis are trying to make a deal with Vladimir Putin. America used to protect its allies. Today we just shaft them.

On top of that Obama has orchestrated a retreat from Afghanistan by negotiating with the Taliban -- remember them? They are the sadists who blow up girls' schools over there, because women should never be educated. They also harbored Osama bin Laden and Al Qaida in the run-up to 9/11/01.

Without the Taliban, the Twin Towers would still be standing in Manhattan. Today Obama is trying to make friends with them.

Obama has bowed low to the priesthood of Iran, now under "moderate" president Rouhani, who commanded their attack on the U.S. Marine barracks in Beirut in 1983, killing 241 Marines on a peacekeeping mission. "Moderate" Rouhani also takes public credit for suckering the Americans long enough to build 17,000 working uranium centrifuges someplace in Iran.

In brief, none of Obama's actions have served our country and our allies.

Judging by five years of Obama foreign policy, he is radically anti-American, just like all his friends. This is all of a piece with Obama's domestic contempt for the Constitution, as shown in his flaming abuse of the IRS, the FBI, the NSA, EPA, DOJ and who knows what else.

We've got the fox in our chicken house.

Fortunately, this particular fox has a fixed habit of trying to gnaw its own tail off.

Should Americans hold their breath and hope he keeps failing?

Obama is a blunderer. He is arrogant and ideologically blind, so he always acts in an overconfident way that ignores realities on the ground. Obama routinely gets suckered by the rug merchants of Persia and the chess players of Russia.

In some weird way this means we might survive him after all.

Here are some specifics.

1. In Egypt Obama was directly involved in stirring up the vaunted "Arab Spring," which was a gambit to bring the radical Muslim Brotherhood to power. In the end, modernist Egyptians rebelled against the MBs, and today our friend Brother Morsi is awaiting trial for inciting the murder of Egyptian civilians.

2. In Libya, Obama's Ambassador Christopher Stevens helped to whip up a rebellion against Muammar Gadaffi, helped by direct US and NATO bombing. Yet Gadaffi had kept the peace in Libya for decades, and had surrendered his nuclear program to the Bush Administration. He posed no danger to us. The Libyan adventure was a blatant double-cross of Gadaffi.

Obama's bizarre Libyan policy was exposed in the Benghazi fiasco. Ambassador Stevens was in bandit country of Benghazi, far from the capital of Tripoli, supervising CIA arms shipments of Libyan arms to the Al Qaida rebels in Syria. He made alliances with Al Qaida gangs, who ended up stabbing him in the back, the way they always do.

In the end the Qaida types got away with burning the CIA "annex" on the eleventh anniversary of 9/11/01, a symbolic date if ever there was one. They also bagged 400 ground-to-air missiles, which can be used to shoot down civilian airliners for years to come.

Benghazi was a huge defeat for the Obama "policy," and it ended up exposing him just before the last election. That is why it had to be covered up by a bizarre pack of lies that no sane observer believed. Benghazi exposed Obama's pro-Jihadist policy for all the world to see.

It was a sad day for America, but it was worse for Obama's anti-American shenanigans. Benghazi was the beginning of public exposure for radical ideologue Obama, the man who suckered us in two presidential elections.

Both Egypt and Libya were Obama gambits to shaft our allies and support our enemies in the Jihad War. Whether his inner cult figured they were splitting the enemy, or whether they were simply running a subversive anti-American policy, is hard to tell. In any case, the American people need to know the truth, and Congressional hearings are the only way they ever will.

3. In Syria, Obama allied with Turkey and Saudi money men to stir up a Sunni revolt against Assad. The Assads, father and son, are pretty evil, as we know by now. But they are not worse than the Al Qaida maniacs who seem to be running the "Free Syrian Army." Assad at least promised stability. Al Qaida doesn't believe in stability.

We are therefore facing a lose-lose situation in Syria. If Assad wins, the Iranians will threaten U.S. allies including Israel, Jordan, Egypt, and Saudi Arabia.

So we lose in Syria -- no matter which side wins.

How's that for brilliant American statesmanship?

A few weeks ago this column warned that Obama was getting trapped in Syria. Today the trap has snapped shut, and Obama's self-inflicted wounds are making headlines around the world. And while he is trying to evade the consequences of his folly by making the U.S. Congress responsible, in fact this is the fifth year of Obama's overreach and the resulting failures.

So here is Obama's scoresheet.

2. Libya: Massive overreach and anarchy, plus the Benghazi fiasco.

3. Syria: Another overreach and a classical lose-lose trap.

But here's the real kicker.

In these strange times, Obama's five years of overreach and defeat in the Muslim world must be considered good news for civilization.