Warning: mysqli_free_result() expects parameter 1 to be mysqli_result, bool given in /var/www/html/americanthinker/admin/common/functions/func.general.php on line 126
 Rolling Stoned: From Che Guevara to Dzojar Tsarnayev - American Thinker
|

By Charles Jacobs and Ilya Feoktistov

The Rolling Stone's cover glamorizing Dzojar Tsarnayev should not have surprised: the cultural left was born hating American power and blaming it for the poverty and oppression of indigenous, darker skinned, Third Worlders  who naturally and justifiably hate us. Expressing admiration for violent anti-Americans has for a long time been a way for the disaffected to exclaim how much they are not like the white imperialists they live among, how - unlike us, they are noble souls, standing with the righteous and the oppressed. 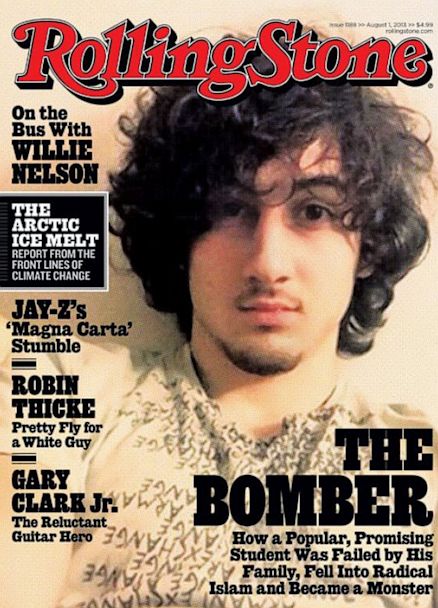 In his masterful book, "Bobos in Paradise," New York Times columnist and author, David Brooks, explained -- better than anyone before him -- how therapeutic this sort of thing can be for middle class youth who find themselves living off the wealth of their parents -- and Western capitalism in general -- a wealth they sense is undeserved, a wealth they feel traps them in an immorally privileged corner.

In the sixties, these folks cried out against their "white skin privilege," tried to join the Black Panthers, and cheered the Viet Cong.  This has old, known, even pre-political roots. Ever since Jean Jacques Rousseau cursed the emerging artificially sophisticated modern city life and contrasted it with the purer, nobler bygone days of agrarian society, much of the Western middle class developed a romance with the "unspoiled primitive," a vision Rousseau captured in his description of "the noble savage." Artists like Gaugin went to live with and glorify the natives... Anthropologists studied the Trobriand Islanders, seeking the secrets of our lost natures.... 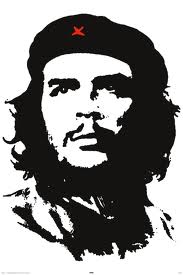 Political anti-Westernism emerged with the socialist critique of capitalism, and was dramatically expressed by those who romanticized bomb-throwing anarchists and later, with even more passion, communist guerrillas.  Western infatuation with "anti-materialist" rebels reached a pinnacle with the mad love-crush over Che Guevara, a child of the middle class himself who revolted, became the Cuban communist terrorist "guerrilla fighter" and sought to create the "new man" who would live for moral, a and not material goals. Che achieved rock-star hero status among the West's spoiled children who didn't actually have to give up any of their privileges, but just wear his T shirt and sing from his songbook.  His image was made iconic: Alberto Korda's photograph of him entitled Guerrillero Herico, is thought to be the most famous photograph in the world.  It's worn as a flag on the chests of the rich kids whose T shirts shriek hatred for their own "greedy" kind and for the riches their parents' society bestowed upon them, trapping them in white guilt.

Commie "guerrillas" are a bit passé.  The left failed to recruit the "proletariat" for its revolution -- the working class preferred scarfing up capitalist goods at Walmart over programs to transform themselves into the "new man."  But ever resourceful, leftists adopted the Arab/Muslim "masses" as a new force to defeat the capitalists. And so today, radical leftists fetishize Islamic terrorists.

This is not new: Americans were surprised to see leftist Tsarnayev supporters flying in from as far as Washington State to protest outside court during his arraignment.  But Boston leftists have been developing crushes on Islamists for quite a while. Indeed Dzojar is the third Islamist terrorist that Boston's radicals have sought to turn into celebrities. 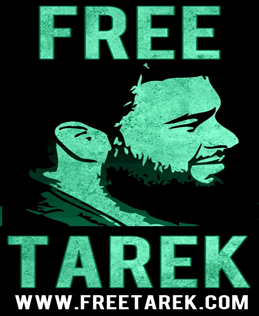 The first was Tarek Mehanna, accused of plotting to machine gun shoppers at the Attleboro, MA shopping mall and convicted of material support for Al Qaeda.  Mehanna was given this year's Sacco and Vanzetti award from the leftist Community Church of Boston, based in the Trinity Church in Copley Square -- just feet away from where the Marathon bombs killed three people and maimed scores more. "Occupy Boston" has also endorsed Mehanna's cause. There is a video of an "Occupy Boston" spokesman telling the crowd at a rally in Boston Common: "I believe that Tarek is innocent of any wrong-doing. ... Tarek is an Egyptian American who empowered his community -- an oppressed community, the Muslim community, speaking against US wars in the Middle East. He represents in that sense a link in the chain of international solidarity against this global system that has oppressed so many of us." He concluded by saying: "at the end of the day we are all Tarek Mehanna." There was even a Tarek "flash mob" performance on the streets of Cambridge, replete with 60's looking radical women with hairy armpits:.  Tarek iconography - on websites and posters -- preceded Dzojar's.

Shortly after Boston's radical leftists adopted Mehanna, they learned to love Aafia Siddiqi, an MIT and Brandeis educated -- and then radicalized -- young Muslim woman who is now serving an 86 year sentence for attempting to murder two FBI agents. She was caught in Afghanistan with planning a chemical attack in downtown Manhattan. The Cambridge Public Library hosted an event called "Free Sister Aafia." The "Occupy Boston" crowd carried signs saying "Free Aafia and Tarek."

While the far left openly salivates over anti-Western killers and would-be killers, the liberal leaders in Boston, working to blind us to the roots of these threats, work publicly with Islamic extremists who openly call for Tarek Mehanna and Aafia Siddiqui's release.  Ten years ago, Boston Mayor Thomas Menino, who now eloquently accuses the Rolling Stone of "reward[ing] a terrorist with celebrity treatment" rewarded the Islamic Society of Boston -- the mosque attended by Tarek Mehanna, Aafia Siddiqui and the two Boston marathon bombers -- with a two million dollar plot of city land (which he gave away for peanuts) for the building of a new $16 million dollar Saudi-funded mega-mosque.  Just two years ago, "Menino's mosque" (as the Boston Phoenix called it) hosted a pep rally for four convicted Muslim terrorists from around the country. Shortly before that, Governor Deval Patrick -- who has also condemned the Rolling Stone cover as in poor taste -- attended a high profile event at the same mosque, where he literally embraced one of Boston's most extremist imams, Abdullah Faaruuq.  Faaruuq, who has made the cases of Mehanna and Siddiqui causes célèbres among the Islamic Society of Boston worshippers. (Faaruuq was dismissed from his position as the Muslim chaplain at Northeastern University when this was revealed.) Even Henrietta Davis, the mayor of Cambridge --  where the Marathon terrorists lived -- is inadvertently supporting radicals. She headlined an event in support of the ISB, where she can be seen staring in dutiful rapture as the "moderate" spokesman from the mosque that the bombers prayed in -- Anwar Kazmi -- spouts platitudes about peace and justice after the bombing. She has not responded to reports that this same Anwar Kazmi was caught on film leading a Boston Common rally, calling on Muslims and leftists to support Tarek Mehanna and Afia Siddiqui a year earlier.

Will Tsarnaev's stylized visage become like Che's, a global countercultural symbol of "rebellion," an international insignia for the pop culture leftists?  State police Sergeant Sean Murphy might have thrown a monkey wrench into the leftist icon machine by releasing to the press an unglamorous set of photos of Dzojar Tsarnayev taken as he was arrested, bruised and bloodied and in the un-heroic pose of abject surrender. Sean, who was docked a day's pay for his valiant service to Western Civ, gets our vote as the real "New Man." Maybe we should take up a collection: he certainly earned his keep that day.  Stay tuned.

Charles Jacobs and Ilya Feoktistov are President and Research Director, respectively of Americans for Peace and Tolerance. www.peaceandtolerance.com