Warning: mysqli_free_result() expects parameter 1 to be mysqli_result, bool given in /var/www/html/americanthinker/admin/common/functions/func.general.php on line 126
 Why not Zimbabwe? - American Thinker
|

When I heard about President Barack Obama's plans for a $100 million trip to Africa with his family and entourage, I was surprised that Zimbabwe (formerly Rhodesia) is not on the itinerary.

I would think that Zimbabwe would be a place that President Obama would especially like to visit, because Zimbabwe is a country where almost all of Obama's redistributionist dreams have come true. And Zimbabwe's president, Robert Mugabe (an avowed Marxist) is surely among Obama's pantheon of heroes and role models (along with Marx, Stalin, Fidel Castro, Hugo Chavez, Saul Alinsky and Rev. Jeremiah Wright).

Robert Mugabe has presided over the "fundamental transformation" of a thriving Rhodesia, once "the breadbasket of Africa" (and a nation with significant heavy industry including mining, iron, and steel) into a Zimbabwe dependent on imports of food and emergency relief supplies to fend off starvation of its population.

Mugabe favored a one-party state, total black rule, and a monopoly on land. He presided over the driving off (and sometimes the slaughter) of productive white farmers, and then gave the farms to unskilled blacks as rewards for military service or political loyalty. Agricultural productivity dropped by more than half, as did employment associated with running a successful agricultural enterprise. 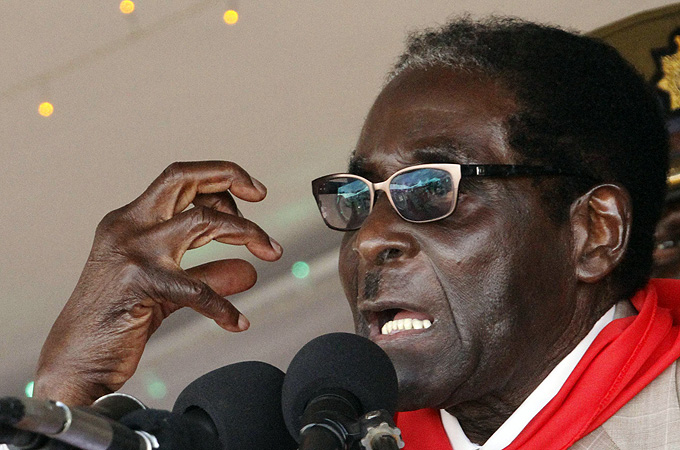 Mugabe also presided over a treasury that printed more and more money to cover government debts, which resulted in such out-of-control inflation that Zimbabwe had to abandon its own currency and use foreign currencies such as the Euro, British pound, U.S. dollar, South African rand, and Botswanan pula.

Mugabe is known for condoning and supporting violent intimidation of voters and political opponents. One difference between Mugabe and Obama is that, while Mugabe has condoned, supported, and even fomented violence for his political aims, Obama has (thus far) only exploited the violent acts of others in the pursuit of his political agenda.

But the tactics of Mugabe's ZANU (Zimbabwe African National Union) guerillas were not so different from those employed (in the anti-British insurgency in Kenya) by the Mau-Maus, of which Obama's grandfather was accused of being a member (see my American Thinker piece, "The Sins of the (Grand) Fathers") Many believe it is from those events in Kenya, and his grandfather's experience, whence come Obama's deep-seated anti-colonialism and his disaffection for the British.

Like Obama, Mugabe has always blamed others (in his case, the entire West) for his difficulty in turning his country into his version of Shangri-La.

A 2011 American Spectator articleHip, "Hip, Hooray, It's Rhodesia Independence Day!" begins by stating that Ian Smith (Prime Minister of Rhodesia in November 1965 when the country declared its Unilateral Declaration of Independence from Great Britain) lived to see all his worst fears and predictions for the future of his country come true.

Rhodesia's independence was termed illegal by Great Britain, and Rhodesia was essentially ostracized (denied diplomatic recognition) by the rest of the world, because Rhodesia's reluctance to grant immediate universal suffrage to its overwhelming black majority ("Majority African Rule", as demanded by Great Britain) was deemed "racist." Then, as now, the world at large preferred to support a country riven by economic upheaval, violence, and socialist dictatorship over one that was accused of racism. 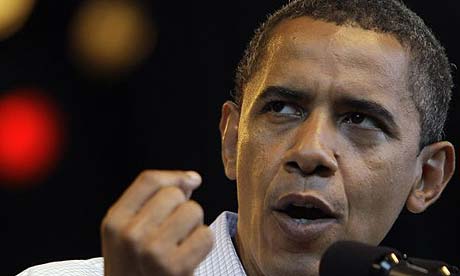 In reality, the government of Rhodesia had made enormous strides in educating, improving, and enriching the lot of its native black population, building schools and hospitals and enjoying the support of tribal leaders.

Among the analogies that can be drawn between Rhodesia and the U.S., historically and at present, is the Rhodesian government's timetable for black suffrage and our own U.S. census once counting blacks as 3/5 of a person; in each case it was feared that political power based on sheer numbers would ultimately subvert, rather than advance, the nation's march toward freedom and equality for all.

From the same American Spectator article:

Smith believed that one-man, one-vote in Africa meant free elections once. He was loath to submit his country to the chaos, socialism, violence, and dictatorship that he was certain would follow elections based on a universal franchise (which, as he pointed out, had difficulties that Western critics were not likely to consider: for instance, how to accurately register voters when most rural-born black Africans had no birth certificates).

Smith was careful to gain the support of the country's tribal chiefs, he stated that his goal was evolution not revolution on the way to expanding the franchise (which was tied to income and property qualifications), and he affirmed that he would not risk Rhodesia's multi-party elections, free press, independent judiciary, and free economy with a mass electorate that might be inclined to do away with them.

And one could draw another analogy based on the perils of "one man, one vote", this time regarding the Obama regime's apparent agenda to refuse to control illegal immigration and to grant "amnesty" (and, presumably, citizenship and voting rights) to the hordes of illegal immigrants who, with no grounding in American history or civics, can be expected to vote in favor of the false promises of socialism.

So what can America learn from gallant Rhodesia? For one thing, we can learn to judge nations by the values they uphold, not the electoral processes they observe. We can see why Western "colonialism" was oftentimes better than the alternative. And most of all, perhaps, we might learn not to take our own liberties for granted. In every generation, they are only a demagogue away from being taken from us.

So, I think you can understand my puzzlement that President Obama doesn't plan to visit with President Mugabe. While I don't know if Mugabe shares Obama's fondness for golf or basketball, I'm sure the two would still have a lot in common, and a lot to talk about.