Ever since Moses took the Israelites out of Egypt critics have grumbled he took the wrong road by going through Sinai on the way to the Promised Land and thus missing the petrochemicals and oil fields in the area. Since its establishment, Israel has drilled more than 400 wells in unsuccessful efforts hoping to find oil. Now we have  extraordinary announcements of recent findings starting with the discovery, 50 miles off the Israeli coast, of natural gas in 2009 that will make Israel one of the world's energy powers. Moses was right and an apology is due to him.

In mid March 2013 the first major Israeli gas field, Tamar, discovered in 2009, began production with the first deliveries to Israel. A remarkable story is rapidly unfolding with new hydrocarbon developments in the Middle East as Israel becomes an important producer of energy. Tamar, with its currently estimated capacity of 8.5 trillion cubic feet, will be sufficient to supply the domestic market with gas for decades and will soon be exporting part of its production.

Tamar is the first of a number of other fields in the eastern Mediterranean that will make Israel and Cyprus major players in the energy field. A second even bigger Israeli field, named Leviathan, discovered in 2011, has an estimated capacity of 18 trillion cubic feet, and may come on line before the expected 2016 date. Surveys suggest that the combined total of Tamar and Leviathan is only one fifth of the amount in the Levantine Basin, much of which is within Israeli jurisdiction. 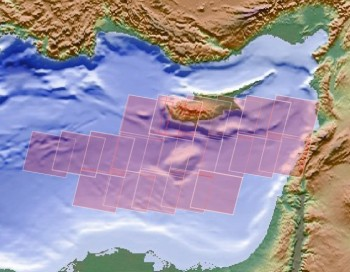 The Aphrodite reservoir off Greek Cyprus, with a capacity of 198 billion cubic meters, is expected to flow in three of four years. It is being drilled by some of the same energy companies involved in the Israeli fields. By the end of this decade, the Cypriot liquefied natural gas (LNG) facility should be producing enough for export since it needs only one billion cubic feet a year for its own use.

In all, the eastern Mediterranean is estimated to hold more than 60 trillion cubic feet of gas. More discoveries are anticipated at Tamar, and exploration is taking place at the Karish-1 area which may contain up to 2 trillion cubic feet of natural gas. The Israeli energy companies Delek and Avner have signed contacts for a 30 percent stake in exploration rights off the south coast of Cyprus. In view of the political uncertainty in the area foreign investors were at first reluctant to get involved. That has now changed. France's Total is exploring the area off southern Cyprus, and Australia is buying a stake in Leviathan. Some Arab and Muslim states, including Jordan, south Sudan, and Azerbaijan, are openly or covertly negotiating with Israel regarding energy. Jordan, which previously had obtained 80 percent of its natural gas from Egypt, will now get it from Israel. Greece has proposed it become the European distribution center for eastern Mediterranean gas.

Russia has been acutely aware of these developments. In July 2012 President Vladimir Putin visited Israel, largely to discuss the gas fields. The Russian Gazprom has signed a deal with Israel on the future distribution of the large Israel gas resources, and plans to build a floating facility off Cyprus to convert the product to LNG. This is particularly enticing for Russia because of problems caused by the war in Syria. Gazprom was to manage the gas pipeline, agreed to in July 2011 by Iran, Iraq, and Syria, which would run from Iran to Lebanon and across the Mediterranean to Europe. Political differences concerning the regime of Bashar al-Assad now makes this improbable.

Western Europe and the United States can anticipate that the power of OPEC will be broken, not only by these natural-gas fields, but also by the prospects of a major oil shale or "kerogen" facility, different from shale oil, in Israel discovered in 2009. This is the Shfela Basin, southeast of Jerusalem, which is said to contain 250 billion barrels of pre-oil hydrocarbons contained in cylinders of rock. However, though Rupert Murdoch and Jacob Rothschild are investing in it, it is not clear at the moment if oil can be produced there on a commercial scale. Exploitation of this shale becomes more likely if the price of liquid oil rises. Production at Shfela would transform Israel into a superpower in the energy field. Indeed, some optimistic surveys hold that this Basin holds the second largest shale deposits outside of the United States, and that about 250 billion barrels of oil, the same amount as Saudi Arabia's reserves, could come from it.

No doubt there are present and possibly future problems concerning the new developments. Everything depends on peace, or lack of violence, in the area. Above all there is the fear, of which the multinational oil and gas companies are aware, of Arab violence and attempts to sabotage the Israeli facilities. Hezb'allah has threatened to attack Israel's gas pipeline network. The cost for Israel of protecting sea rigs and oil will be considerable. Environmentalists have already demonstrated against Israel's increasing reliance on natural gas. There will certainly be technical problems concerning efficient distribution of the gas.

Nevertheless, these recent developments are extremely important for Israel and for changes in international relations. Israel will become an independent producer and exporter of clean and cheap energy. It will not have to depend on imported coal, oil, diesel, or heavy fuel oil to generate electricity. Threatened boycotts by Arab oil producers will no longer be relevant. Economically its energy output will lead to a considerable increase in its GDP. Equally important, that output enhances Israel's military security as its dependence on outside sources is reduced or ended.

The upcoming political constellation in the Middle East may well be a working alliance of Israel, Russia, Cyprus, Greece, and possibly Turkey. It was encouraging that the Turkish Energy Minister, even though Turkey refuses to recognize the Republic of Cyprus, expressed his view that a desirable policy would be a pipeline through Turkey for Israeli and Cypriot gas. In view of the benefits it would gain,Turkey may also reach a compromise on two disputed issues: the city of Famagusta claimed as a capital by both the Greeks and Turks in the divided island of Cyprus, and the revision of the Ankara Protocol according to which Turkey not only refuses to recognize the Greek Republic of Cyprus but also will not open its ports and airports to Cyprus.

The vast energy resources of Israel have made it more powerful, politically, economically, and militarily. It is clear that Israel need no longer fear an Arab energy embargo that would make it resort to more expensive sellers. It may also make clear to the Arab nations and to the international community in general that peace negotiations are even more desirable than ever to resolve the Arab-Israeli conflict.

Yes, Moses was right. Israel has been the land of milk and honey, and now it abounds in energy.