Warning: mysqli_free_result() expects parameter 1 to be mysqli_result, bool given in /var/www/html/americanthinker/admin/common/functions/func.general.php on line 126
 CNN Edits Out Comparison of TWA 800 and Benghazi - American Thinker
|

CNN Edits Out Comparison of TWA 800 and Benghazi

On this past Saturday morning, I did a live remote from Kansas City for CNN's "New Day" program on the subject of TWA Flight 800, hosted by Alison Kosik. What follows is the transcript as it appears on CNN.com. What does not appear I will explain later.

Inherent in this transcript is the Achilles heel of what is arguably the most successful bit of government propaganda in American peacetime history. Unwittingly, what the CNN editors left in is more damning than what they took out.

KOSIK: TWA Flight 800 crashed in 1996 killing 230 people. An exhaustive investigation called it an accident. We're going to tell you why some of the crash investigators are now saying that conclusion may have been wrong.

KOSIK: It's been 17 years since TWA Flight 800 crashed into the Atlantic Ocean killing all 230 people on board. What followed was an exhaustive four-year search for answers and a 50,000-page report that it found a spark from faulty wiring, that that is what caused a fuel tank to explode on board. But a new documentary is challenging that theory arguing it was instead an external blast. Earlier I spoke with Jim Polk, a Pulitzer Prize-winning journalist and CNN investigative reporter and Jack Cashill, he's the author of "First Strike: TWA Flight 800 and the attack on America.   (BEGIN VIDEO CLIP)

JIM POLK, CNN INVESTIGATIVE REPORTER: Well, to begin with, the dispute over whether a missile brought down the plane and not an internal explosion begins with the witnesses on the ground. A number of them said they saw a streak in the sky that they thought was a missile. But there were two airline pilots in the area who had a front row seat on this tragedy that happened right in front of them. Let's look and listen to what they said.

DAVID MCLEAN, PILOT: It blew up in the air and then we saw two fireballs go down to the water.

UNIDENTIFIED MALE: That was the voice of David McLean, piloting a 737 over Long Island. A bright light caught his eye.

MCLEAN: All of a sudden, boom. Almost instantly, a fraction of a second later, two streams of flames came out the bottom of it.

UNIDENTIFIED MALE: Another pilot, Captain Paul Wheeler, was in the cockpit of a Virgin Atlantic 747.

CAPT. PAUL WHEELER, PILOT: I could see the cigar tube of the fuselage and the windows and bits falling off, fire everywhere, and it falling into the sea.

UNIDENTIFIED MALE: Both had flown in the military, both know what a missile looks like. Neither saw a missile that night.

WHEELER: I was aware from both the height off the ground and the fact there were no vapor trails in the sky that it was unlikely to have been a missile that brought the aircraft down.

MCLEAN: I thought there was a bomb on board. That was my initial -- I did not see any missile at all.

POLK: Now, Alison, there was a helicopter pilot who says he did see a missile before the explosion, but he was at lower attitude than those two airline pilots.

KOSIK: Ok. So let me ask Jack. Jack, what do you think happened if it wasn't an internal explosion like those two pilots saw?

JACK CASHILL, AUTHOR: Well, unlike what Jim says, there were 270 eyewitnesses to a missile strike, 96 of them, this is FBI eyewitnesses, saw it from the horizon ascend all the way up to the plane. They all described it the same way, that it was a red tip, a plume trail after it, gray, and then it gets near the plane and it arcs over, zigzags, hits the plane, blows up. One of those numbers, number 73, described in detail the breakup sequence of the airplane and she's an aviation professional, before the FBI even knew what it was.

Here is the challenge I have for Jim. The FBI recruited the CIA to recreate this animation to show what the witnesses purportedly saw -- basically discredit the eyewitnesses. What they said is after the nose of the plane fell off, that it turned into a missile and it ascended upright for about 3,500 feet confusing the eyewitnesses on the ground, several of whom were military people, pilots, commercial fishermen, et cetera -- sophisticated people -- into thinking they saw a missile.

Now, when CNN did its animation ten years later -- ten years after the crash, they eliminated that zoom climb altogether. So I ask Jim this, if those -- why did you eliminate the zoom climb if the CIA -- and what was the CIA doing involved in this in the first place -- if the CIA used that to expressly discredit the eyewitnesses?

POLK: Very quickly, I would agree with you the CIA animation is controversial. We did not make it climb in our animation because, frankly, the transponder disappeared on the radar at the time of the explosion, so there's no altitude readout on the rest of the flight and so there's no supporting evidence for the CIA's animation.   (END VIDEO CLIP)

KOSIK: And you can see more about the investigation into this crash on an Anderson Cooper Special Report: "TWA FLIGHT 800" Sunday night at 11:00 p.m.

Before I comment on what's missing, let me add a little clarity to what is here. In 1997, at the request of the FBI, the CIA prepared its zoom-climb animation in an attempt to convince the media and the American people that the eyewitnesses did not see a missile or missiles but rather a noseless 747 rocketing into space. This became the official government position. 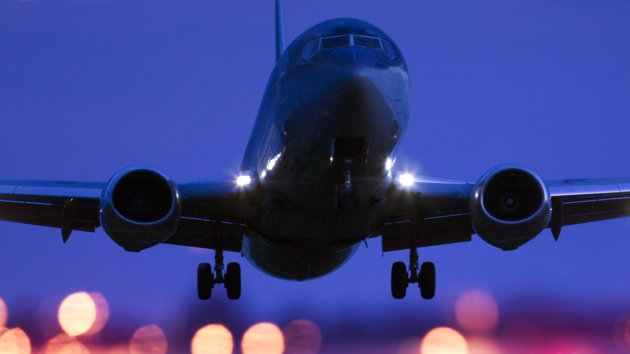 The pilot that CNN cites is actually named David McLaine, who was flying an Eastwinds airliner south at sixteen thousand feet towards Flight 800's path. When several members of the NTSB witness group finally got to question the CIA about its animation three years after the crash, they focused on McLaine's testimony. They did so because his testimony challenged the CIA scenario. As they explained, McLaine watched the explosion from the beginning and insisted that no part of the plane ascended.

"If it had ascended," Robert Young of the NTSB witness group told the CIA analysts during this interview, "[McLaine] would have been concerned because it ascended right through his altitude." When a CIA analyst tried to deflect the question, Young continued. "I think [McClaine] would have noticed [the climb]," he said sarcastically. "Your analysis has it zooming to above his altitude."

Consider the irony here. Of all the eyewitness, the NTSB staffers used McClaine to demolish the government position. They were right to do so. Of all the eyewitnesses, CNN used that same pilot to support the government position, and they were wrong. Three thousand feet above TWA Flight 800 and fifteen or twenty miles away, he was not in a good position to see any missiles. His testimony hardly negates that of the scores of eyewitnesses better positioned.

"It's a very critical point that it's not critical precisely how high that plane went," CIA Analyst 1 continued to obfuscate. He then turned to his key witness, the one around whom the CIA built its video scenario, a Philadelphia area millwright named Mike Wire who was working on a bridge in Westhampton. Said CIA Analyst 1:

Let me say something else about this eyewitness [Wire] because I think this is interesting. He was an important eyewitness to us. And we asked the FBI to talk to him again, and they did. In his original description, he thought he had seen a firework and that perhaps that firework had originated on the beach behind the house. We went to that location and realized that if he was only seeing the airplane, that he would not see a light appear from behind the rooftop of that house. The light would actually appear in the sky. It's high enough in the sky that that would have to happen.

When he was reinterviewed, he said that is indeed what happened. The light did appear in the sky. Now, when the FBI told us that, we got even more comfortable with our theory.

The italics are mine. There was no second FBI interview. The government also recorded a second FBI interview with Witness #73, the witness about whom I spoke briefly on CNN. In her second interview #73 confessed to drinking several "Long Island Ice Teas," and these impaired her judgment. In real life, she doesn't drink, did not even know what a Long Island Ice Tea was. As in Wire's case, there was no second interview. To make its theory that a mechanical failure brought down TWA 800 work, the CIA manufactured interviews for two essential eyewitnesses and ignored McClaine.

Although McLaine's testimony demolished the CIA's case, Polk and CNN brushed right by the CIA's corrupt analysis as though it were an incidental detail, but it was not. If the eyewitnesses did not see a rocketing 747, they saw missiles.

As to what was left out, Kosik asked me with about one minute left who fired the missiles, why, and why the cover-up. I chose to answer the last part of the question. I said TWA Flight 800 was Clinton's "Benghazi moment," a national security disaster that threatened his reelection, and like Obama, he just tried to kick the can down the road past November.

CNN edited those comments out of the transcript. What they left in was the Rosetta stone of the whole damned investigation.