Warning: mysqli_free_result() expects parameter 1 to be mysqli_result, bool given in /var/www/html/americanthinker/admin/common/functions/func.general.php on line 126
 Double Standards at University of California - American Thinker
|

Double Standards at University of California

A troubling double standard appears to exist when it comes harassment at the publicly funded University of California. The University has taken strong action against harassment, physical assault, terrorization and targeting individuals on the basis of their ethnic origin or religion -- except when the person under assault is Jewish, and the perpetrator is a member of an antisemitic or jihadi front group.  Then UC administrators have no time to answer emails pleading for protection.

President Yudof and the UC chancellors treat accusations of harassment of women as a violation of state law.  Harassment of black students is vigorously condemned, as it should be: "We will not tolerate racism in any form, and we will not hesitate to act to eradicate it whenever and wherever it arises."  In 2010, the university saw no free speech impediments to shutting down a student TV station and revoking its university funding because a racial slur was uttered.  When Berkeley Republicans held a "diversity bake sale" they were threatened with loss of funding.

Republicans are too dangerous to be allowed free speech, but anti-Jewish groups?  No problem with abuse there.

The Muslim or so-called pro-Palestinian student groups on campus affiliate themselves with jihadists and terrorist-supporting groups, and some of their members and speakers are terrorists themselves.

According to an NYPD police spokesman, "some of the most dangerous Western Al Qaeda-linked/inspired terrorists since 9/11 were radicalized and/or recruited at universities in MSAs."

The Muslim Students Association was founded by the Muslim Brotherhood, an organization committed to "the globalization of Islam through social engineering and violent jihad."  More than a dozen former MSA leaders and members have been convicted of terrorist activities and plots, including UC Davis graduate Hasan Akbar, who is awaiting execution for murdering U.S. soldiers in a terrorist attack in Kuwait.

Students for Justice in Palestine accuse Israel of sponsoring concentration camps and running an apartheid state, two contemporary forms of antisemitism condemned by the U.S. State Department and the Europeans.  Their rallies have included surrounding Jewish students and shouting, "Too bad Hitler didn't finish the job!"  Their national conferences have been paid for by Hamas front groups and included speakers later arrested as terrorists.

Only one professor in the entire University of California so far has had the intestinal fortitude to speak out about the growing jihadi harassment of Jewish students on campus, a beloved part-time professor of Hebrew at U.C. Santa Cruz, Tammi Benjamin, who has appeared often in AT articles. 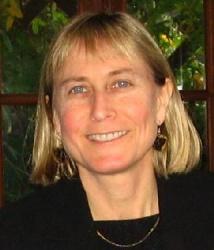 I have received hateful, antisemitic email accusing Jews of being "the cause of global financial and political unrest," "barbaric," "evil," and "today's Nazis"; in these situations things often turn violent, such as recently when a large group of students, including several SJP members, illegally "occupied" a UC Davis administration building, which resulted in the protesters committing assault and battery against students with dissenting views.

Her students love her:

Tammi is AMAZING. I've taken dozens of language classes in my life, and Tammi is hands down one of the greatest teacher's I've ever had. Her lesson plans are great, the course is thorough, and she is dedicated to helping you learn AND get a good grade. You'd have to honestly try to do badly in her classes. Wonderful person, wonderful teacher.

Tammi is reaching beyond the academic community, and has taken to the road, talking at synagogues and Hadassah meetings to warn American Jews that their children are being targeted on the front lines of the jihadi war against the west.

As Tammi describes in a letter to the president of UC published this week on the website of her organization, the AMCHA Initiative, she is being harassed mercilessly for having exercised her free speech off campus.

There is an on-line petition accusing her of racism and calling for her condemnation by the President of the entire California university system.  The campus is pasted with flyers attacking Tammi for hate speech.  A dozen videos on YouTube characterize her as "hateful," "dangerous," and "Islamaphobic." Students for Justice in Palestine members are instructed to fill out hate/bias reports on her on their campuses.  She has been condemned by the student senates of UC Berkeley, UC Santa Barbara, UC Davis, and UC Irvine.  And most intimidating to Tammi, this campaign of vilification has been passed along to groups sympathetic to terrorists such as the International Solidarity Movement, and associated websites, the Electronic Intifada and Mondoweiss. 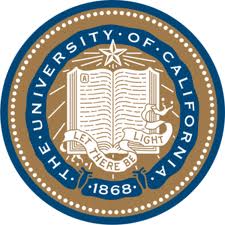 Tammi has been pleading with her Chancellor at UC Santa Cruz to apply university rules to safeguard her basic safety, which she feels is threatened.  She calls on the UC administrators to protect her guaranteed university rights, as they were quick to do when there were allegations of hate speech against student Republicans and a student TV station.  Hate speech by Moslems should not be in a special tolerated category.

Does Tammi really need to explain that her right to free speech is meaningless if the university accepts this level of intimidation?  The actions of the anti-Israel groups will punish her and make sure other students and teachers will be too scared to speak out in her defense, or in defense of Israel and Jews. A wave of violent antisemitism already is sweeping many of Europe's cities, but America is on the way to catching up, if Tammi is fair game in the eyes of the UC administration.  It's so bad at Santa Cruz that Tammi has not one other person to watch her back, and neither do the Jewish students she is trying to protect.  It seems there is no moral leadership to be found in the entire university system.

With each new terror attack in America, academic communities circle round the antisemitic Muslim and pro-Palestinian groups they harbor on campus.  They cry Islamophobia, while most of the actual hate crimes target Jews.

In her letter to President Yudof, Tammi detailed clearly antisemitic actions tolerated on UC campuses, which are illegal by university rules.

At an SJP rally at UCB in 2002, UCB Lecturer Hatem Bazian, then a graduate student and co-founder of the first SJP chapter in America, told a large crowd, "Take a look at the type of names on the buildings around campus -- Haas, Zellerbach -- and decide who controls this university."

Former Nation of Islam member Imam Abdul Malik Ali, a frequent speaker on many UC campuses, has railed against the "disproportionate numbers of Jews, Zionist Jews, in the media, in finance and foreign policy."

At an MSU-sponsored speech at UCI in 2001, Imam Mohammed Al-Asi said: "We have a psychosis in the Jewish community that is unable to co-exist equally and brotherly with other human beings. You can take a Jew out of the ghetto, but you can't take the ghetto out of the Jew".

Al-Asi also actively promotes the lie that Jews were behind the 9-11 attack, stating: "Where were the 4,000 to 5,000 Israeli Jews that were supposed to be in those two buildings on the 11th... Did they know something we didn't know?"

Imam Abdul Alim Musa, a frequent speaker for the MSU at UCI, sells at some of his events copies of an antisemitic book, The Ascendant Qur'an, which blames Jews for conspiring against Islam. Musa maintains contact with virulently antisemitic groups such as Jamaat al-Muslimeen, which promotes Holocaust denial and anti-Jewish conspiracy theories.

As a result of the hostile environment created by these chapters and their members, Jewish students have reported feeling physically unsafe, harassed, and intimidated while on campus, and some have even reported leaving the university, avoiding certain parts of campus, and hiding symbols of their Jewishness.

Students can be pro-Palestinian without resorting to physically confrontational, disruptive, and virulently aggressive behavior and it is this behavior, which continues to escalate, that deeply concerns me. Expressing support for the Palestinians is not the same as chanting "Death to Jews!" "Death to Israel"...O Jews, the army of Mohammed is coming for you," or holding banners that read "Death to Zionism" and "Long Live the Intifada."

In this last statement to the University, President, Tammi Benjamin is being diplomatic.  In reality, there are no pro-Palestinian or Muslim student organizations that promote peace and tolerance.  It would be as dangerous for them, as it is for Ms. Benjamin.