Warning: mysqli_free_result() expects parameter 1 to be mysqli_result, bool given in /var/www/html/americanthinker/admin/common/functions/func.general.php on line 126
 Don't Blow the Opportunity Obama Has Handed Us - American Thinker
|

Don't Blow the Opportunity Obama Has Handed Us

It appears the Republican Party establishment and some conservative commentators have come up with another mistaken tactic to woo the low information and undecided voters.  With the avalanche of scandals swirling around the Obama administration and the Democratic Party, the political message promoted by these politicians and pundits is that these scandals are the outcome of a government that has grown too large to control and should therefore be dramatically cut back.

The Republican Party landscape is littered with the carcasses of failed strategies and this approach will also not succeed.   First, it is nearly impossible to explain in simple and easily understood terms why the government is too large and how that aided in creating the scandals and economic difficulties the nation faces.  Particularly when the largely uninformed target audience is either dependent on government or has been led to believe government is the ultimate arbiter of prosperity.   Second, while there is no question that government must get smaller, the exponential growth of government is not the cause of the scandals.   Rather it too is an end-product of a process whose origin is basic and easily grasped.

The American founding fathers understood that government expands and becomes tyrannical not because it is inherently corrupt, but government, because of its unique role in the affairs of a nation, can easily be transformed into an overwhelming instrument of oppression and self-aggrandizement.   That transformation occurs over an extended period of time primarily as a consequence of political and national leaders who are devoid of character, honor and integrity seeking to amass power and ego gratification, regardless of the long-term implications to the well being and future of the country.

This process, while slowly evolving over the past eighty years, has hit the crisis point with the most corrupt and ideological administration in American history, coupled with the massive infiltration of government agencies andf the mainstream media by those motivated by ideology, greed and narcissism.   Thus the scandals presently monopolizing the headlines are not the direct result of out of control government but the near total lack of ethics, honesty and integrity among those in government and increasingly throughout society in general.

Barack Obama is the culmination of this process.  A glaring indicator of his lack of character is that he is 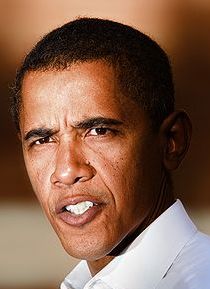 inordinately adept, with the help of a sympathetic media, at dodging any responsibility while claiming no knowledge of the goings on in his administration; preferring instead to have other bear the brunt of blame and any consequences.  Further, having been raised in a 1960's radical milieu, he is a firm believer in the bedrock tenet of socialism/Marxism: the end justifies the means in defeating one's political enemies. Anyone who is steeped in that viewpoint must, by necessity, be devoid of honor and integrity.

Barack Obama has not hidden his animosity to Republicans in Congress, the Tea Party Movement, the alternative media, evangelical Christians, conservatives, the Catholic Church or any other entity that espouses any philosophical belief counter to left-wing extremism.  He considers these groups to be implacable adversaries that must be destroyed.  Since Obama's first inauguration he and his administration have utilized the propaganda and regulatory machinery of the government, with the aid of far too many sycophants in the mainstream media, to marginalize and overwhelm these groups.

Therefore, lying about what happened at Benghazi and allowing four Americans to be sacrificed on the altar of expediency in order to win an election is justified.  In the mindset of those currently in power, this is not a lie or obfuscation and above all these actions are certainly not an immoral act, as the greater good has been served.  Thus Barack Obama and his fellow-travelers will adamantly refuse to ever admit any wrong doing and those that insist that they do so must be vilified.

Never has any presidential administration in American history, including Richard Nixon, attacked so vociferously the foundational tenets of free speech and freedom of the press. Under the guise of seeking out those leaking so-called national security secrets the Obama Justice Department attacked and is threatening to prosecute the reporters and media outlets publishing the stories.  This has never been done before as the media has a constitutional right to report and seek out the news. If classified information is revealed, then the culpability lies with those who leaked the information, not the media. These actions by the Obama administration, reminiscent of the many despots in the past century, are geared to silence and intimidate the press from exposing the errors and mistakes of the White House and the servile executive branch it oversees.

In another time those in the management of the IRS would have instinctively known that it would be unethical and morally wrong, never mind illegal, to target and leak confidential information about the political adversaries of the person occupying the White House. Particularly as that agency wields vast power over the American people and as such those that work there have been granted a unique responsibility and place in society.  Today, however, pleasing the political hierarchy, whose directives they were following, in order to garner promotions or acceptance by their ideological peers is more important.

This nation is mired in a crisis.  It is a lack of honor and integrity in the nation's ruling class and a plurality of the citizens that has brought about the economic and societal deterioration the nation is experiencing.  The United States will continue this precipitous decline until this failing is reversed.

The Republican Party Establishment and the conservative movement must focus on and promote this easily understood cause of not only the ongoing scandals of Obama and the Democratic Party but of the nation's woes in general.  As many national polls clearly indicate, a large majority of the American people still view character as a vital and necessary attribute in the nation's political leaders as well as the society as a whole.  The time has come to make this a major issue and abandon the failed strategy of trying to buy off various demographic groups or offering a milder and cheaper version of liberalism or causing the eyes of the voters to glaze over with esoteric discussions about big versus small government or being intimidated by the now threadbare charges of racism or intolerance.