Warning: mysqli_free_result() expects parameter 1 to be mysqli_result, bool given in /var/www/html/americanthinker/admin/common/functions/func.general.php on line 126
 'If We Can Save Just One Child...' - American Thinker
|

Adam Lanza, who slaughtered and maimed children and staff of his former elementary school in Newtown, Connecticut, provided this year's convenient justification for new legislation controlling firearms in the U.S.  This week, President Obama brings Newtown victims' families to Washington for synchronized bloody shirt-waving on Capitol Hill in support of new restrictions on guns and gun owners.  "Moderate" and even conservative senators still embrace the effort to "do something," even though many premises of the proposed legislation are false.

Myths about uncontrolled gun show and internet gun sales abound, with media reports erroneously claiming, for example, that "[f]ederal background checks are currently required only for transactions handled by the roughly 55,000 federally licensed firearms dealers; private sales such as gun-show or online purchases are exempt."  (Tell that to Gunbroker.com and other such sites.)  Connecticut, New York, Maryland, and Colorado legislators have already pushed through draconian new restrictions, some at such variance with real-world conditions that they have had to be revised already.  Other states threaten to follow suit as ambitious progressive politicians promise that security is but a few hundred pages of restrictive legislation away. 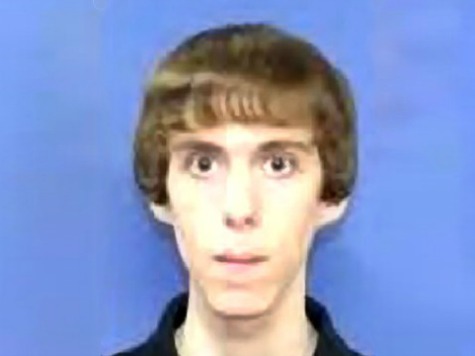 Now we learn, ironically, that Adam Lanza himself was failed by years of social policy and legislation supposedly adopted to protect children like him -- policy and legislation aimed at what we are told is another contemporary scourge, deliverance from which is almost as dear to the hearts of progressive remakers of humanity as gun control: school bullying.  Glancing at his photo, anyone will recognize in Adam Lanza the wispy, jumpy little weird kid whom serious bullies and just casual wiseguys love to torment.  Dealing with kids like him for all of us as children was a moral test that some of us passed and some of us failed.  According to a family friend, Lanza was "tortured" by relentless bullying at Newtown Elementary.  He believes that "Adam felt betrayed by the school and this was his act of revenge."

The family friend, who was also Lanza's Cub Scout leader, claims that the mother who also fell before Lanza' s murderous rage believed that the school failed to protect her son:

Nancy Lanza was so incensed by the school's failure to protect her son that she sometimes showed up unannounced to watch over him[.] ... She was so upset that the teachers weren't protecting him from the bullies that she went with him like a bodyguard[.]

Lanza was fond of military-themed video games and aspired to don the uniform of a U.S. Marine, following the example of a beloved uncle -- an ambition barred to him by his by then-significant mental and behavioral problems.  Mrs. Lanza apparently did allow her son access to firearms, perhaps in an effort to provide the troubled loner with some form of individual activity in which he could excel and thus build some sense of self-worth.  In a boy less disturbed, her efforts might have done some good, and the Marines have helped more than a few troubled young men to turn their lives around.  But Adam Lanza was already too far gone.  His ambition to be a Marine thwarted, "the family friend ... believes Adam snapped after being told he would never get a chance to put on a uniform."

Media reports, including the New York Daily News piece cited, have made much of Lanza's mother's allowing him access to firearms, and of the few bricks of ammo, the two rifles, and a couple of edged weapons in the Lanza house: "His gun-loving mother quietly amassed a near-apocalyptic arsenal of lethal weapons -- and frequently took her son to local gun ranges."  But the instruments of Lanza's rage were not its source.

By the time Adam Lanza was ten years old, Connecticut schools were required by law to have an anti-bullying policy in place.  This requirement was strengthened in 2008 and again in 2011.  None of these laws helped protect Adam Lanza, nor did they keep him from growing up into an angry young man known to us only for a final horrific act at the scene of his own torment.  Teacher trainers, consultants, anti-bullying policy coordinators, and such benefited from the legislation, but Lanza did not.

Of course, the evils Adam Lanza perpetrated transcend any harm ever done him in Newtown Elementary or anywhere else, and his mother certainly seems to have committed a terrible error in allowing such a mentally unstable young man access to firearms -- an error that added her own death to those of Newtown's innocents.  In cynical exploitation of these awful events, politicians offer new laws, without even a pause for a thought about the false promises of other laws they have embraced with equal breathless fervor, and without a hint of accountability for those who failed that tormented little boy at a Connecticut elementary school.