Warning: mysqli_free_result() expects parameter 1 to be mysqli_result, bool given in /var/www/html/americanthinker/admin/common/functions/func.general.php on line 126
 Eerily Authentic: The Americans - American Thinker
|

The Americans, an eerily authentic television series airing on the FX Channel Wednesday evenings, is about Soviet espionage "illegals," often referred to as sleeper cells during the Cold War. These "Illegals" -- meaning they operate under "no official cover" and can be arrested and deported on the spot -- are plucked from their homes in their teens and intensively trained to transform themselves into Americans. David Foster wrote a review of the series on National Review Online, but he was not aware of the program's underlying reality  The anti-heroes of the FX series live as man and wife in Falls Church, VA during the Reagan era, when the heat was turned up on the USSR with the announcement of the Strategic Defense Initiative (nicknamed Star Wars) and calls to "tear down that wall" -- the Berlin Wall, the most evocative symbol of the political warfare between capitalism in the West and communism in the East. 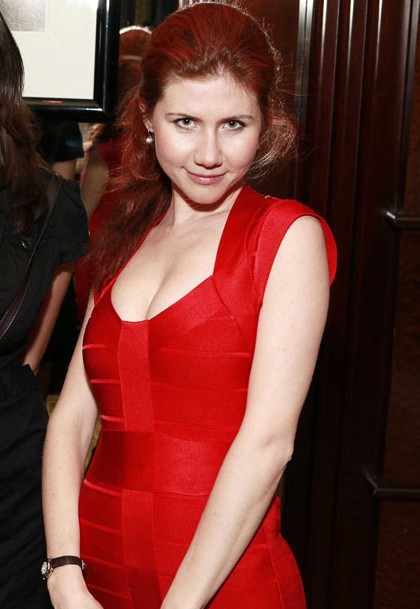 Baltimore area in 2010. The most obvious reaction was surprise that the Russian Federation -- that replaced the USSR -- continues to embed spies in America. And, typically, MSM coverage of intelligence ops is laced with laughter and tongue-in-cheek sarcasm, such as  the media hyper-focus on Anna Chapman, the foxy female among the illegals network who went on to become a celebrity in Russia.

That spy stories elicit giggles from the press diminishes the seriousness of the existence of Russian illegals 20 years after the end of the Cold War. Just what are the Russians up to, you may wonder? As it turns out, in the 2010 case, the FBI had the gang of 10 under surveillance for several years based on information from a CIA source inside Russia. As in most spy cases, the goal was not to arrest, rather to monitor. In the end, the 10 were picked up to serve as one side of a spy swap for the US to retrieve a KGB-era defector who thought it safe to return to Putin's Russia.

Joe Weisberg, former CIA officer and the producer of The Americans, certainly has a sense of how illegals operate. In one episode, our anti-heroes are tasked to find out if the attempted murder of Ronald Reagan was part of a military coup. After all, General Alexander Haig appeared on television assuring the public he was in control.

To the Kremlin, the obvious conclusion was Haig was part of a right-wing military take-over -- which to the KGB translated into an attack on the USSR.  In accounts ranging from 1990 (Chris Andrew's and Oleg Gordeivsky's KGB: The Inside Story) to 2013's (George F. Kennan: An American Life by John Lewis Gaddis, it is clear the Soviet leadership was paranoid in its fear of a nuclear "first strike" by the US, and consistently ignored intelligence reports that contradicted their preconceived beliefs. Our anti-heroes in the series were worried to report anything but the party line rather than risk their lives to explain nuances about American political reality. Another touch of realism during the crisis was the surveillance of DC office buildings at night by the illegals. The KGB figured if the lights were on, officials were plotting an attack.

An example of ongoing political warfare, perfected by the KGB during the Cold War, was unintentionally revealed recently.  Brandishing a template that most likely exists across the country, Blueprint North Carolina, a far left activist non-profit, accidentally leaked their plan to "eviscerate the leadership and weaken their ability to govern," referring to Republicans, who took over the reins of power in the Tar Heel State last November.

The action plan outlined in Blueprint parallels KGB operations to discredit and slander Western leaders and undermine democratic elections since the formation of the Comintern (Communist International) in 1919, two years after the Bolshevik Revolution. The organization trained political agents for infiltration into target countries for the purpose of advancing the global Marxist manifesto under the banner of the International Soviet Republic. Stalin later announced a Russia-specific plan after Germany broke the Ribbentrop-Molotov Pact. The Comintern was dissolved in 1943, only to be replaced by the Cominform in 1947 to impose a uniform communist policy on the Eastern Bloc after World War II, in reaction to the Marshall Plan that provided US funds to rebuild Western Europe.

But the First Chief Directorate of the KGB remained continuously assigned to disrupt western politics, with emphasis on the "main adversary", the USA. Today, the Russians continue to infiltrate espionage illegals to the US. And simultaneously, old Soviet propaganda masquerades as fact in America, metastasized by the continuing naiveté of the intellectual left, most effectively in the media and on campus.

The accidental exposure of Blueprint North Carolina verifies the ongoing existence nationwide of "active measures" as practiced by our own American fellow travelers, whose meretricious jargon depicts the US as racist, chauvinistic, homophobic and imperialistic. The rhetoric of the American far Left today is nearly identical to the anti-US rant by Soviet-influenced 1960s radicals and the denunciations emanating today from Cuba and Korea, the last two admittedly communist regimes on earth.