Warning: mysqli_free_result() expects parameter 1 to be mysqli_result, bool given in /var/www/html/americanthinker/admin/common/functions/func.general.php on line 126
 Medicare and Medicaid: RIP - American Thinker
|

What does Washington do when one of its programs fails?  Answer: enlarge it!

First, there is Medicare.  That program will go broke by 2017.  So what did Nancy Pelosi want to do?  Answer: expand it to include all Americans.  Meanwhile, seniors cannot find a doctor who will accept them if they have Medicare coverage.  Why?  Because Medicare pays so little to providers that they lose money every time they take care of a Medicare patient.  For icing on that cake, the ACA -- Patient Protection and Affordable Health Care Act of 2010 -- will cut Medicare reimbursements even further: an additional 21-27%.  How does Congress think that doctors who cannot pay their staff will still be able to practice medicine?

Now, the push is to expand Medicaid.  Washington pushing the states to expand their programs by increasing Medicaid eligibility standards: age limit up from 18 to 26 years, income up to 400% of poverty line, and adding more categories of illness.  The costs of such an expansion are massive.

The income threshold change alone makes a family of four earning $88,000 per year eligible for Medicaid subsidy.  That encompasses 79% of the entire country!

But wait.  Washington promises to cover these costs fully.  A naïve, well-meaning physician publicly supported Medicaid expansion, calling it the "deal of the decade" and good for patients (Albuquerque Journal, July 22, 2012).

An uncritical, superficial analysis (that also ignores history) might agree.  According to the New Mexico Legislative Finance Committee, adding 212,000 people to the Medicaid lists by 2020 would, in theory, bring in an additional 3.5 billion "free" (federal) dollars.  That sum represents a 60% increase over the entire 2012 annual New Mexico State budget of $5.6 billion.

That sounds too good to be true, and like all such, it is.  Expanding Medicaid is a great deal if and only if: a) the Feds actually deliver on their promises, which they have never done; and b) expansion doesn't cost more than predicted, which it always does.

Cost estimates from Washington are invariably unrealistic.  Medicare was a good example.  In 1990, twenty-five years after Medicare was signed into law, the GAO analyzed the actual cost of the program compared to projected cost.  Congress was just a liiiittle bit off: the true cost was 854% over what Congress promised.

And where do those 3.5 billion "free" Medicaid dollars go? They pay for bureaucracy, information and authorization systems, regulations, compliance, and oversight, but not for patient services or providers. 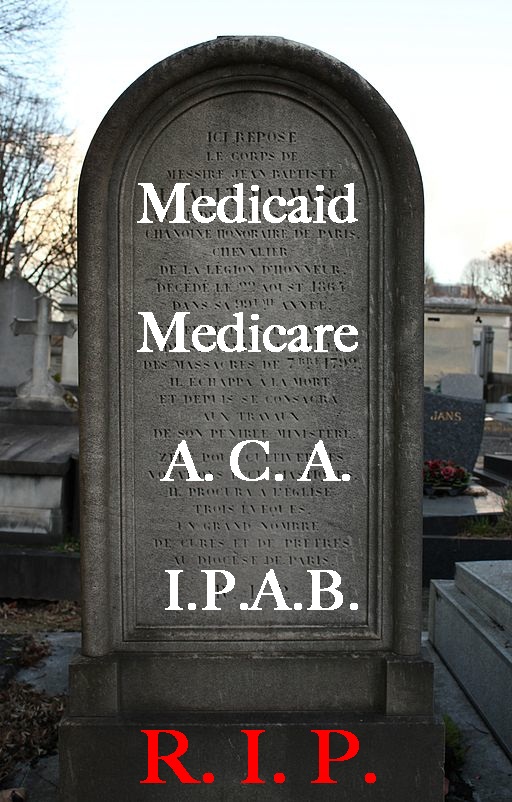 A 2010 study from University of Virginia showed that after surgery, patients with Medicaid coverage were 13% more likely to die than those with no insurance at all.  An earlier study in California of HIV-infected patients showed an 8% higher likelihood of death among Medicaid patients than those who had no insurance whatsoever.

Clearly, we should not expand Medicaid.  What, you ask, should we do?

The answer comes from root-cause analysis and evidence.  Since the root cause is disconnection -- of people from their money, and of incentives from desired outcomes -- the solution is reconnection.  Evidence proves that this works.

In the 1970s, when California was going bankrupt with more and more people on welfare rolls, Bob Carleson implemented a welfare "reconnection" program that cut the welfare dependency cycle and brought the State back from a financial brink.  More recently, five counties in Florida reconnected Medicaid patients with their money.  The result was simultaneously better and cheaper: expanded services and reduced costs.  Had the entire Sunshine State used this plan, it would have saved almost $1 billion.

The answer to Medicaid, and for that matter Medicare as well, is the opposite of an expanded government role.  The answer is burying these failures, empowering We The Patients, and rewarding the outcomes we want from healthcare.

Simple.  Too simple for Washington.

Deane Waldman, M.D., MBA is adjunct scholar for the Rio Grande Foundation and the author of Uproot US Healthcare and Not Right!