The Hillary Gambit: Will She Replace Biden?

In a sign of increasing desperation on the left, speculation is rife that Barack Obama will kick Vice President Joe Biden off his team and replace him with that perpetual presidential wannabe, Secretary of State Hillary Clinton.  As Hillary's fans see it, such a maneuver would bring fat dividends to the Democratic ticket.

The only truly useful role Biden plays in the administration is that of a lightning rod and a diversion. 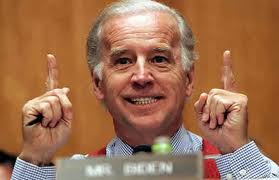 Next to Mr. National Embarrassment, the president looks like a tower of intelligence and wisdom, his missteps dwarfed into insignificance by the Niagara Falls of gaffes the buffoonish VP disgorges with clockwork regularity.  Otherwise, Biden's utility is highly doubtful.

The white working class is not buying his faux regular-guy credentials, while the open war declared by the administration on the Roman Catholic Church has negated the Catholic vice president's usefulness as the administration's liaison to his church. On top of that, Biden's personal popularity has been dropping like a lead balloon (in the latest polls, 42 favorable/45 unfavorable, and a lot worse, 40/54, where it really counts -- in the battleground states).  In short, rather than being an asset, the vice president increasingly looks like a liability to his boss and a serious drag on his campaign. 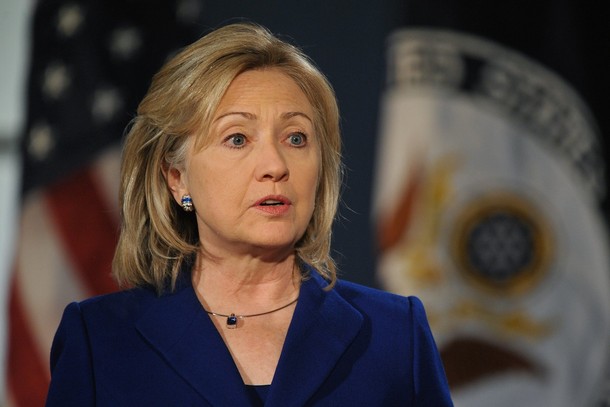 The secretary of state, on the other hand, looks like a winner.  Hillary Clinton is hands down the most popular member of the administration, consistently scoring ratings in the mid-60s.  She has been tirelessly cross-crossing the world, building up her resume as well as logging frequent flyer miles in six digits on her executive 757 (technically, a C 32A).  During the primary season four years ago, she

amassed 18 million votes and beat Obama among white women, seniors, and the middle class.  These voters, never enthusiastic about Barack Obama, reluctantly voted for him in the general, but two years later wandered off the reservation and played a prominent part in the thorough drubbing the voters meted out to the Democrats in the off-year elections.  The thinking of Hillary's fans among the Democratic strategists is that she should be able to lure the prodigal sons and daughters back into the fold.

It is not a given, however, that Obama will draft his erstwhile rival.  As Charles Krauthammer argues astutely, the president's narcissism will make it very hard for him to make a move reeking of disloyalty to his own pick, Joe Biden, which would also call into question his judgment.  More importantly, Obama would be loath to create an impression that he is desperate and has been reduced to go to Canossa and seek succor from the Clintons (two for the price of one).  Furthermore, the powerful distaff tandem reportedly keeping Obama firmly under its thumb, his wife Michelle and his closest confidante and advisor Valerie Jarrett, detest and hate the secretary of state and would be aghast at the horrible prospect of yielding center stage in Washington to their nemesis.  But aside from all that, is Hillary really that formidable?  Will her luster hold up under close scrutiny?

Even some conservatives speak with respect of her diplomatic achievements.  What achievements?  It's pretty clear that the U.S. foreign policy is run out directly out of the White House, bypassing Foggy Bottom.  Reduced to the part of a gofer, in effect a glorified messenger, Hillary Clinton can't point to any initiative she could truly claim as her own, can't boast of any success achieved thanks to her diplomatic prowess.  In fact, she could plausibly argue that she had nothing to do with the disastrous foreign policy record of the administration (please don't shoot the messenger!) so far unexamined but sure to be brought to light in the general campaign.  But where would it leave her as an Obama loyalist?  On the other hand, defending the administration's policies in her "area of expertise," as she would have to do, would stamp her indelibly with Obama's ignorance, naiveté, and ineptness.

But this would be the least of her troubles. Her high popularity is a measure of the American people's disappointment with Obama (they subconsciously transfer their yearning to respect their government to the least compromised member of the administration) and a tribute to their short memory.  Once she hits the campaign trail, Hillary's gaudy past will become fair game.  The Republicans are sure to dredge up her long rap sheet as the first lady of Arkansas and later of the United States.  The Whitewater Debacle (a fraudulent land deal gone sour); the Cattle Futures Caper (a $100,000 bribe handed to Governor Clinton via his spouse); the White House Travel Agency Affair (an attempt to grab a few measly positions for her own people by ruining seven innocent lives); the 900 raw files strong-armed from the FBI, obviously as a blackmail goldmine; the looting of White House furniture; the disastrous attempt to nationalize health care, which cost the Democrats control of both chambers of Congress in 1994; the endless string of lies ranging from silly little fibs to patently ludicrous (one is tempted to say, Hillary-ous) whoppers, exposing her as an inveterate liar...the list could go on and on.

Hillary would be revealed as a power-hungry, insanely ambitious, utterly ruthless, and profoundly mendacious woman -- a highly unsympathetic figure devoid of any talents other than an indomitable will and a ready willingness to stop at nothing, to stoop to anything, to endure any indignity (or as JFK would say, pay any price, bear any burden, meet any hardship...) to further her ambition.  It is a tribute to her tenacity and the deadly efficiency of the Clintons' political machine (and also, in all likelihood, those 900 FBI files) that she miraculously managed to evade hoosegow.

During her tenure as first lady, Hillary's public standing always followed what seems to be an iron law of nature: as soon as she faded into the background, her rating would go up; no sooner did she force her way back to the front than her popularity would take a dive.  Small wonder, for who could help shuddering involuntarily at the aura of cold fury she emanated, watching those pallid eyes blazing with demonic hatred, hearing those blood-curdling screeches that substituted for oratorical flourishes or the inane cackling that masqueraded as laughter in embarrassing situations?  And how about the steady stream of adolescent "I means" and "you knows" that pepper the conversation of the smartest woman in creation?  It is to her near-invisibility that Hillary owes her current popularity.  Once she steps into the glare of the limelight, all those memories will flood back.  But she wouldn't be able to avoid being front and center in the campaign, throwing verbal bombs and in general playing attack dog, the traditional role of the VP candidate.  Yet it is precisely the role that she is ill-suited to play.

A campaign overhaul of that magnitude is redolent of flop sweat.  Like a defibrillator shock delivered to the heart in a life-threatening situation, shaking up the ticket is a desperate measure of last resort designed to give a jolt to the moribund campaign and infuse it with new energy.  That's exactly the reason why John McCain decided on such an unorthodox move in 2008.  With his campaign on life support, his totally unexpected choice of Sarah Palin as his running mate did exactly what it was supposed to do: it triggered a sharp upsurge of enthusiasm among conservative voters who had been cool to McCain and gave a new lease on life to his floundering campaign.  But the last thing Obama needs is to provide evidence that his campaign is dead in the water and badly needs resuscitation, an admission that the president can't win on his own.  To a man so full of overweening pride, it would be a very bitter pill to swallow.

But the overriding reason why Obama will probably choose to stay put and refrain from any dramatic changes is the widely recognized verity that ultimately, people vote for the presidential candidate, not his running mate.  Like a physician obeying the Hippocratic Oath, the VP candidate's duty, above all, is to do no harm.  If he or she can bring some marginal benefit to the ticket -- say, boost its chances in the VP's home state -- it's a bonus.  But other than that, there is little the running mate can do to help the ticket once the initial buzz of excitement over his choice dies down (not to mention that if nowhere else, Obama needs no help in the two states that Hillary could arguably claim as her home states, New York and Illinois).  In a word, if the American people decide to fire Obama, Hillary Clinton will not be able to save him, the fervent hopes of her fans notwithstanding.