Warning: mysqli_free_result() expects parameter 1 to be mysqli_result, bool given in /var/www/html/americanthinker/admin/common/functions/func.general.php on line 126
 The Bane in Bain is Really Just a Feign - American Thinker
|

The Bane in Bain is Really Just a Feign

I got an email from my friend Rick Ballard: "There's no point in beating the drum for a sideshow when the clowns have the center ring."  That pretty much expressed my feelings about the latest Acme Campaign Strategery: Obama's Attack on Bain Capital and private venture firms.

I was sitting at a boîte near the White House munching my hamburger and downing an adult libation thinking about how stupid this latest Obama campaign move was. On the TV screen Mayor Cory Booker, looking like a hostage, attempted to walk back a bit his criticism of the

Obama attack on NBC's "Meet the Press," where he called the criticism of Romney, co-founder and former exec of Bain Capital, "nauseating."  Poof, that honest assessment of Booker's let the air out of the anti-Romney, anti-capitalist campaign issue, sending it to the scrap heap of the earlier campaign targets --the War on Women and the Seamus saga.  Scrolling underneath Booker on the screen the Chyron announced that former Governor Ed Rendell and ex-Congressman Harold Ford were critical of the President's attack on private equity, too.

DNC biggies were at the table next to me and after a few drinks their voices got so loud I couldn't help overhearing them.

"It's not as if he doesn't need Pennsylvania! "

"Great move, getting the former governor saying he's uncomfortable with the tone of the campaign."

"Let's face it. Obama's only for himself. He didn't go through us when he knocked Hillary out of the running and he's not interested in building up the party in the states. He might find out there's a big cost to pay for this."

"It all started when he demanded that we pass Obamacare, that piece of horse puckey concocted by San Francisco's gift to the Republicans, Pelosi. Cost us the House and almost cost us the Senate." 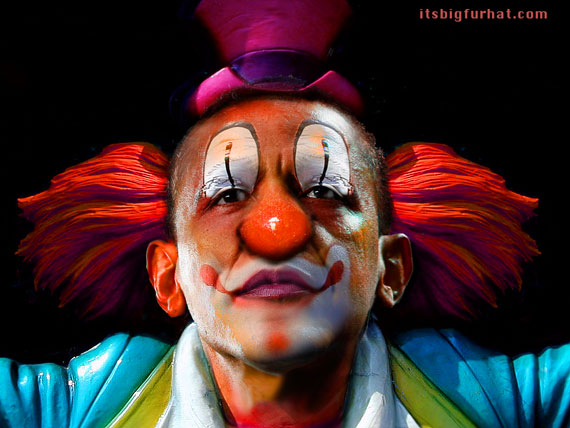 "Did he help us then by fundraising for state candidates." An angry roar, "No!" went up at the table.

"When I go to corporate donors for money now they laugh in my face. Here's what one of them just emailed me:

'To the extent that Obama's attack is more than simply a campaign poo fling and reflects his view that corporations should share their returns with the public he again shows his legal and economic ignorance. Corporate officers who do not maximize shareholder return are subject to suit for breach of fiduciary responsibilities. '"

They were still moaning over their beer when someone switched the channel to Anderson Cooper who was interviewing Obama campaign spokesman Ben LaBolt. Cooper was intrigued at the notion that the president thought it okay to attack Romney's record at Bain while loading up his campaign coffers with money from Bain executives and other venture capital firms' leaders like Blackstone's Tony James and Jonathan Lavine  (an Obama bundler now at Bain).

"How can President Obama attack Mitt Romney on his time at Bain, highlighting only times when Bain cost companies jobs, and at the same time hold high priced fund raisers with the head of another private equity firm that's done work with Bain, the Blackstone Group, there are people who have worked at other private equity firms in his own administration?"[Snip]

The rest of the interview went on along the same lines.

Mediaite thought LaBolt was ill prepared, but why blame LaBolt? There is no answer to that question that doesn't concede the attack was both overbroad and hypocritical.

For the most part the latest campaign theme was bombing among both right and left, and in that respect only exceeded the rejection of the campaign's earlier false charges.

ABCnews.go.com reported that Obama's own Job Council has private equity executives on it.

Despite a growing backlash from his fellow Democrats, President Obama has doubled down on his attacks on Mitt Romney's tenure at Bain Capital. But the strategy could backfire in ways Obama did not anticipate. After all, if Romney's record in private equity is fair game, then so is Obama's record in public equity - and that record is not pretty.

Since taking office, Obama has invested billions of taxpayer dollars in private businesses, including as part of his stimulus spending bill. Many of those investments have turned out to be unmitigated disasters - leaving in their wake bankruptcies, layoffs, criminal investigations and taxpayers on the hook for billions . . . . Amazingly, Obama has declared that all the projects received funding "based solely on their merits." But as Hoover Institution scholar Peter Schweizer reported in his book, "Throw Them All Out," fully 71 percent of the Obama Energy Department's grants and loans went to "individuals who were bundlers, members of Obama's National Finance Committee, or large donors to the Democratic Party."

Jennifer Rubin gave ten reasons evincing why  that the Bain attack is bombing:

Unless you've really drunk the Kool-Aid, you probably have the idea that the President Obama's campaign has misfired on the Bain attack. How can you tell? Well:

1. Democratic critics of the Bain attack are piling up.

2. Politico, the ultimate home team paper (root for those to whom you want access), has gone pro-Romney, big time. (h/t David Freddoso)

3. Chris Matthews is having a meltdown.

4. The Romney team is sending around headlines with the subject: Not "The Tuesday Headlines President Obama Was Looking For..." And there are lots and lots of them.

5. Obama campaign manger Ben LaBolt's interview is being sent around - by the Romney team. Anderson Cooper sounds as if the Wall Street Journal editorial board is raking him over the coals.

6. Lefty blogger Jamelle Bouie is trying to argue that Newt Gingrich just was better at this.

7. The Huffington Post would rather hype Gov. Scott Walker's impending win in Wisconsin than feature Bain as the top story.

8. Democrat Mickey Kaus argues that the Bain attack benefits Mitt Romney because it "obviously give[s] him credence as a man who can cut the inefficiencies out of a bloated federal bureaucracy (that still doesn't seem to think it faces in any kind of spending crisis)."

9. The media is going to town on stories like this from ABC News: "The Obama campaign's latest attack tells the story of workers at an Indiana office supply company who lost their jobs after a Bain-owned company named American Pad & Paper (Ampad) took over their company and drove it out of business. Here's what the Obama Web video doesn't mention: A top Obama donor and fundraiser had a much more direct tie to the controversy and actually served on the board of directors at Richardson, Texas-based Ampad, which makes office paper products. Jonathan Lavine is a long-time Bain Capital executive and co-owner of the Boston Celtics. He is also one of President Obama's most prolific fundraisers." Oh well, then it was smart business and a good faith attempt to save the company.

10. The New York Times is very nervous about the drop-off in Obama's fundraising among big donors. "Fund-Raising for Romney Eats Into Obama's Edge." (Anyone think the Bain attack will help?) And, you guessed it, the Bain story isn't on the front page.

The President's embarrassing showing in the Arkansas and Kentucky primaries could be fairly read not just as proof that the Bain attack was bombing but that the entire campaign was on the rocky shoals. In any event, Dennis Miller pegged it just right.

"Money is not as bad as they make it out to be. Trust me, John Lennon cashed every one of the residual checks on "All You Need Is Love."

The campaign announced that President Obama will not be returning the donations he received from Bain Capital executives.