Warning: mysqli_free_result() expects parameter 1 to be mysqli_result, bool given in /var/www/html/americanthinker/admin/common/functions/func.general.php on line 126
 Socialism, by Any Other Name, Is Still Socialism - American Thinker
|

Socialism, by Any Other Name, Is Still Socialism

The Washington Post heralded the election of François Hollande in France as the dawn of a new era, and the birth of a new breed of socialism.  It is described as "free-market social democracy -- a pragmatic ideology in which nationalizations, clenched fists, and hammer and sickle are things of the past."

The implication is that the Western opinion of socialism has justifiably evolved to one of acceptance.  Sure, socialism gets a bad rap for all those times in history when it went horribly wrong and, you know, killed all those millions of people.  But the right people weren't in charge, you see, and their ideas were the wrong ones.  What is being offered today in France is a newer, smarter socialism.  The one that's never been tried before -- the one that works. 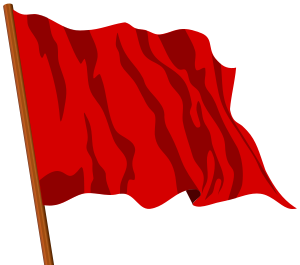 But despite the Western media's warm reception of this "pragmatic socialism" as something new, the disturbing truth is that socialism has always been always presented this way.  It has always been offered as a pragmatic solution to the same exact problem -- the disproportionate distribution of wealth in a capitalist society that is deemed unfair by a political faction that claims to be offering a new, revolutionary path.  And that solution, presented now as it has always been, is for a nation to put its faith in the revolutionary political faction by giving state administrators the mandate to even the score by taking property from those who have too much and redistributing it to those who have too little. The idea is uniformly that the new government will succeed where individuals, left to their own devices in the past, have failed.  This is the very core of socialism in all its forms, and the foundation of all the evils it has wrought.

And the newly elected socialist François Hollande of France offers nothing more -- and nothing less.  He vows to raise taxes on corporations and French citizens that earn more than one million euros annually.  His administration will wage war upon the privately operated "world of finance" by implementing strict government regulation upon banks and insurance companies.  He looks to arbitrarily set the prices of French labor costs without consideration to supply-and-demand realities that naturally dictate those prices.  And he has offered the promise that he will expand the central government's role in education and retirement benefits via public subsidization.

Now, as an honest and observant critic might point out, not one of those initiatives would conflict with Marx's outline for the deconstruction a capitalist society in preparation for its eventual replacement with a Communist one.  That framework is readily found in the Communist Manifesto.  And since Hollande is following formulaic socialist doctrine to propose the same solution to the same problem that every other socialist reformer has offered throughout history, it is safe to say that little separates what he offers from what has been offered by socialists past.

Disturbing as that may be, there is even further revelation.

Isn't there something conspicuously familiar about Hollande's proposed initiatives?  Doesn't his plan to "soak the rich" in France sound like that of Barack Obama?  Our president has vilified corporations, alleging that they do not pay their fair share for the collective good, and has suggested that million-dollar-earners be taxed more heavily to finance his platform of "social justice."  He has waged his own war against the world of finance, hailed as "the biggest shake-up of the financial industry since the reforms following the Great Depression."  And setting wage prices, increasing federal spending on education, and expanding entitlements of all forms are staple ambitions of the Democratic Party as a whole.

It cannot be reasonably denied.  It's all just socialism.  As such, France under "pragmatic socialism" can expect nothing less than what socialism invariably yields.  And a "free market" is not a part of that.  Socialism requires that markets be regulated and that business be controlled, so the markets can become only less free, which leads to "nationalizations, clenched fists, and hammer and sickle."  For evidence of this, look to America after three years under "progressivism."  General Motors has clearly become nationalized, as the administration is directing production and the hiring and firing of company leadership.  And the rabble of Occupy Wall Street proudly displays "clenched fists and hammer and sickle," only to be happily supported by this administration that supposedly stands for something entirely different.

There are those who are hopelessly devoted to Barack Obama and the Democratic Party, however, who will refuse to see this logic.  And even if they do see it, they won't care.  They'll just stand willing, as they always have, ready to surrender their God-given liberty in hopes of some government-issued happiness.  They'll still be ready to place their faith in a charismatic social engineer whose blueprint is the most profoundly malignant political ideology the world has ever known.

But it is now quite clear, in terms that many independent voters can recognize, that Barack Obama is, in fact, a socialist who espouses nothing short of a socialist's political ambition.  And hopefully, there are enough of them still reasonable enough to recognize that this is a very, very bad thing.

William Sullivan blogs at politicalpalaverblog.blogspot.com and can be followed on Twitter.