But why did Martin senior contact the lawyer?  Had he been told simply that his son had attacked a man who turned out to be armed, he might not have pursued the case.  But he had been led to believe that manslaughter charges were about to be filed against the shooter.  When this didn't happen, he naturally felt aggrieved, and sought "justice for Trayvon."©

It was lead investigator Chris Serino who gave Martin the impression that charges were imminent. 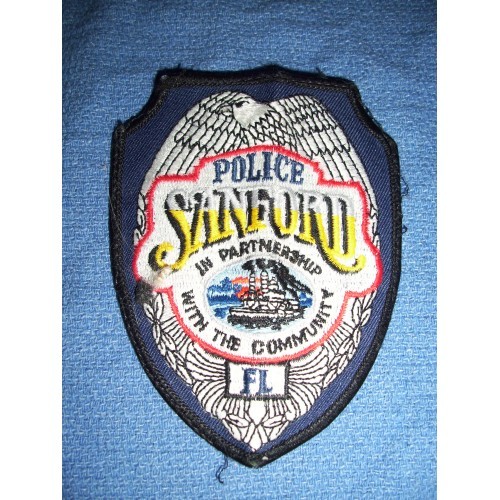 The story of what Martin was told comes from Martin himself.  Serino has never spoken with the media.  Martin's recollection seems credible, though he was less than candid about his son's suspension, telling the press that it was because Trayvon had been in an unauthorized area.  His son had been suspended once for this, but he'd been suspended twice after that on more serious grounds.  Reversing himself and attributing Zimmerman's screams to his son also does not do Tracy Martin credit.

According to Martin, Serino said three things about the minutes before the shooting:

2. There was a brief conversation at Zimmerman's truck.  George was inside the vehicle.  Martin asked him why he was following him, and Zimmerman said he wasn't.

3. Zimmerman exited the truck and started walking between the two rows of townhouses.  Martin, hiding behind a building, surprised Zimmerman and asked, "What's your problem, homes?"  When the watch captain denied he had a problem and reached for his cell, Martin hit him.

The story, of course, came from Zimmerman, and Serino professed not to believe all of it.  According to Martin, the detective said, "I want to interview him again and catch him in a lie."

Zimmerman has not spoken with the media either, but a version of his story was released by the Sanford police after criticisms began mounting.  Zimmerman's account has also been told by his father Robert in two interviews.  We have as well the watch captain's recorded phone call.  Serino's version differs from the story provided by these sources.

1. According to the recorded conversation, Zimmerman was following Martin, but only briefly.  At around 2:15 into his call, he spots the teenager running, having earlier lost sight of him, and gets out of his truck.  After being told "we don't need you to do that," he says "OK" at 2:29 on the tape.  His breathing seems to slow.  Though reporters have repeatedly claimed Zimmerman ignored the "instructions," there is no evidence for this assumption.  At 2:39 he says "he ran," the tense indicating that Martin is no longer in sight.  At 3:38, he hesitates to give his address.  "I don't know where this kid is," he says.  Zimmerman followed Martin for as little as 15 seconds, and at most a minute.

3. Then there's a small but important difference in the final exchange.

In the version recounted by Serino, Martin didn't use an expletive and asked a legitimate question.  When Zimmerman reached for his cell phone, Martin might have thought he was going for a weapon.  In the other version, it's an ambush.  The question is rhetorical.  Martin said "Do you have a f***ing problem?," intending to follow up with "well you do now," and hitting Zimmerman. 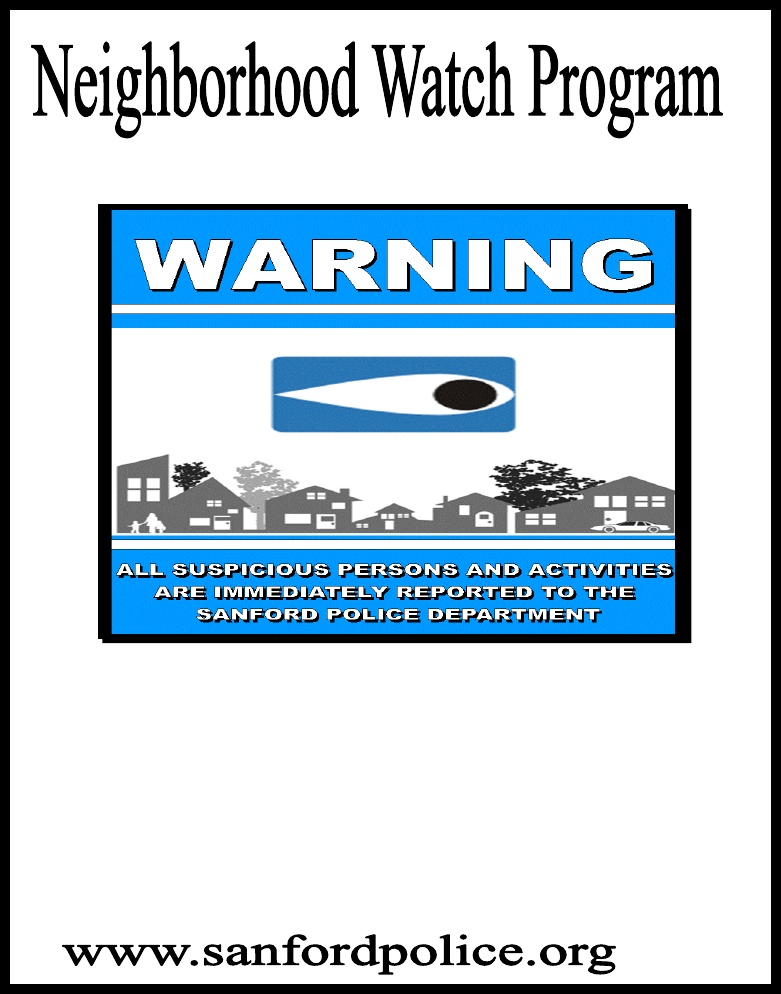 More important, why did he suggest that Zimmerman was lying?  What part of the watch captain's account seemed untrue?

Zimmerman had no reason to lie during the recorded conversation.  How about when he got out of his truck a second time -- if he did in fact return to the truck and leave it again?  Did Serino suspect that Zimmerman was stalking Martin and looking to confront him?  This makes no sense.  Zimmerman had called the police and expected an officer shortly.  Why would he provoke a fight with the suspicious guy?  It's a pretty good assumption that he hoped only to be able to give the cop detailed information about Martin's whereabouts.  He was trying to be a Boy Scout.  He didn't want to have to shrug his shoulders when the patrol car pulled up, as he'd had to do the previous time he'd called the police about a suspicious stranger.

It is not likely either that Serino believed that Zimmerman drew his gun before he had been beaten for about a minute.  The evidence from the eyewitness, the recorded screams, the bullet wound, and Zimmerman's injuries rule this out.

The same day as Serino spoke to Tracy Martin, the police were still grilling Zimmerman.  He cooperated fully, never requesting a lawyer.  He took them back to the scene of the shooting and re-enacted the final minutes before he pulled the trigger.  Investigators were convinced that he was telling them the truth.

Apparently, Serino never got back to Tracy Martin with this news. 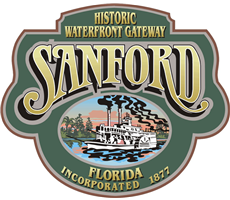 We don't know about anyone's motives except our own, of course, and even then we have a marvelous capacity to deceive ourselves.  But there could have been a reason why Serino and other officers may have been eager to press charges against Zimmerman and, in particular, to see the African-American community in Sanford up in arms about the case.

Just after midnight on December 4, 2010, a fight broke out in a bar in Sanford called The Wet Spot.  The last part of it was captured on video.  It was on YouTube the next day, of course.  If you do something outrageous or criminal in public, there's a good chance tens of thousands will be watching it within 24 hours, but this never seems to be much of a deterrent.  In the video, a large white male comes up behind a man involved in another fight, or breaking it up, and hits him in the back of the head and back, knocking him to the ground.  He then attacks someone else, but this guy sees him and wrestles him to the ground.  "Justin, don't hit people just randomly," a girl yells at the assailant.

The man on the drunken rampage was 21-year-old Justin Collison.  It was not his first brush with the law.  Three years earlier he'd been arrested for firing on an SUV with three men inside, wounding one man.  But Collison was not handcuffed or arrested, or charged with battery on December 4.  His father, Christopher Collison, is a lieutenant with the Sanford Police Department.  The night of the earlier shooting, according to the incident report, "Collison bragged all night that his father was Sanford law enforcement and that he could blow anyone's head off and get away with it."  The police cited conflicting accounts of the fight on December 4.  The first victim, Sherman Ware, who was knocked unconscious, was himself intoxicated and didn't cooperate with the officers.  He is a homeless man, and an African-American.

Naturally, there was outrage that the culprit was going unpunished.  One Sanford resident was especially indignant: George Zimmerman.  The watch captain wrote and printed four different flyers.  According to family members, he passed these out in front of African-American churches and put them on cars in the black community.  The flyers urged everyone to attend a meeting of the Sanford City Commission on January 8, 2011 and protest the injustice.  Presumably Zimmerman was there and spoke out about the case.  Two flyers begin with the quotation from Edmund Burke that also appears on Zimmerman's website: "The only thing necessary for the triumph of evil is for good men to do nothing."

There were serious consequences for the Sanford Police Department.  The Chief, Brian Tooley, resigned on January 3, the same day Justin Collison turned himself in and offered to pay for Ware's medical expenses.  Tooley had been scheduled to resign at the end of the month.  The chief and ten other officers were investigated by the Seminole County Sheriff's Office.  While its 44-page report concluded that there was no preferential treatment given to Collison, the Sheriff's Office recommended that all officers receive training as to the requirements of the State Attorney's Office when probable-cause arrests are made.  On January 23, Collison was charged with felony battery and disorderly conduct.

A police department is like any other department or office: there are rivalries, animosities, factions.  Other officers must have known what a jerk Justin Collison was and may have been upset that he was not booked and charged.  The case against the eleven officers was brought by another officer in the department.

But at least some members of the Sanford Police Department may have had unpleasant associations with Zimmerman.  They recalled him not as the diligent watch captain who had repeatedly reported problems to them, but as a community agitator who had played the race card.  He was the guy who sicced the NAACP on the department.  It would be poetic justice if now he were to be targeted by the NAACP.   If this supposition is correct, it's safe to say no one imagined the ultimate consequences.