Warning: mysqli_free_result() expects parameter 1 to be mysqli_result, bool given in /var/www/html/americanthinker/admin/common/functions/func.general.php on line 126
 Cuba Abandoning Its Persecution of Gays? - American Thinker
|

Cuba Abandoning Its Persecution of Gays?

Last week at American Thinker, I posted an article on Obama's position on "gay marriage," which I considered in light of the Marxist/communist position against traditional marriage.  I noted that the current president of the United States now possesses the most radical/non-traditional view of marriage and the family of any president in the 200-plus-year history of this republic, and that this radical non-traditionalism is fully consistent with the Marxist/communist worldview.  I quoted Karl Marx on the "abolition of the family" and underscored the anti-family actions of communists historically and worldwide, from the Bolsheviks in Russia to Communist Party USA (CPUSA) to communist nations generally.  Among those communist nations is Cuba.

Notably, I allowed for exceptions to the Marxist/communist assault on the institution of marriage: as I said, the Russians certainly were not stumping for gay marriage.  Joe Stalin was no gay-rights crusader.  Neither was Fidel Castro.  To the contrary, communist regimes tended to be militantly anti-homosexual.  I recall President Richard Nixon's colorful Oval Office assessment of the Russians and homosexuals, caught on tape for posterity: "The Russians.  Goddamn it, they root them [homosexuals] out, they don't let 'em hang around at all.  You know what I mean?  I don't know what they do with them."

Who knows what, exactly, the Russians did with homosexuals?  We do know, however, what Fidel Castro did with them.  He had them locked up as public menaces, putting them in prison or lunatic asylums.  In fact, to consider a hysterical blind spot among American leftists, watch how they hail Cuba for its glorious educational system and "free" health care while ignoring Fidel's vigorous persecution of gays.

That brings me to a fascinating modern development, brought to my attention by Ben Johnson of LifeSiteNews.  Ben called to tell me about a rather curious fan of President Obama and his gay-marriage advocacy: Mariela Castro, niece of ailing and aging Cuban tyrant Fidel Castro. 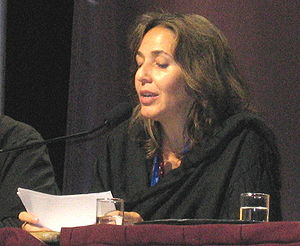 Comrade Mariela heralds our president's action.  She calls Obama's statement on gay marriage "humane" and "understanding," said it has "great value" and "influence," and wishes that our president's "words will be taken seriously in the political and legislative decisions made in different states and in the whole world."  She hopes that such statements from Obama will be followed by "concrete actions."

This is quite striking.  Here is a high-level Cuban communist publicly pushing not only for gay rights, but for gay marriage.

As Ben Johnson reported, Mariela, a red-diaper baby and "trained sexologist," heads up something called the Cuban National Center for Sex Education (CENESEX).  In no less than Havana itself, in broad daylight, she led an "LGBT" activist parade, where, as Johnson reported, "[s]ome 400 transvestites sashayed behind Castro, doing a conga line through the streets, to celebrate the Fifth Cuban Day Against Homophobia, observed elsewhere on May 17. Marchers shouted, 'Down with homophobia! Long live sexual diversity!'"

Even more eye-opening, Mariela maintains that her uncle, the old man and old gay-basher, favors same-sex marriage, "but he has not made it public."  More than that, Fidel, according to his niece, is an in-the-closet gay-rights advocate: "He has done some advocacy work, speaking of the need to make progress in terms of rights based on sexual orientation and gender identity."

To hasten the move toward "gay marriage," Mariela says that Cuba will be changing its "Family Code" and its "constitution" -- which, I imagine, is not a complicated legislative process.  It should require simply an executive fiat akin to President Obama's HHS mandate on contraception and abortion drugs.

All of this is rather bizarre.  What's going on?  Why this sudden conversion by Castro and communist Cuba?  Does any of this make sense?

I believe it does make sense.  The root of the answer, once again, is the Marxist/communist assault on marriage.  Wittingly or unwittingly, intentionally or unintentionally, led either by the spirit of the times or by another spiritual force that has long led communists, the communist priority is not gay rights, but a continued assault on the family.  This is an assault on an institution both ancient and biblical.  As Whittaker Chambers (quoted in my last article) liked to say, the fallen communist worldview is grounded in the first sin at the Garden of Eden, when man and woman were first joined by God and separated by the Evil One: "Ye shall be as gods."

For atheistic communists, this is just the latest slap in a century-long sustained bludgeoning of marriage and the family.  Faced with a conflict between their penchant for persecuting the family and for persecuting gay people, the communist war on traditional morality and faith and the family won out, thus dictating a sudden embrace of gays.  So long as the traditional family is destroyed, Marxism is advanced.  Communists will do whatever they need to destroy the family; "gay marriage" seems the latest handy device.  They are consistent.

In the Communist Manifesto, Marx characterized the communist goal of "abolition of the family" as revolutionary, "the most radical rupture with traditional relations."  And, indeed, Mariela Castro speaks of her new cause as "revolutionary."  She wants to break the "patriarchal family model."

Well, apparently, so does President Barack Obama.  As he does, he is cheered by and allied with the Castros.

Yet again, here we have, somehow, yet another remarkable similarity between Barack Obama and communists.  There seems no end to these amazing similarities.

Finally, an interesting coda to this story: if all of this isn't disturbing enough, Ben Johnson reports that this "revolutionary process" in Cuba is being underwritten by the American taxpayer.  He says that in 2011, the State Department spent $300,000 promoting homosexual activism in Cuba.  The funds went "to strengthen grassroots organizations to create the conditions that allow meaningful and unhindered participation by members of the lesbian, gay, bisexual, and transgender (LGBT) community in all aspects of Cuban society."

More than that, in another telling move, President Obama's gay-rights comrade Mariela Castro was granted a visa to visit the United States for an academic conference in San Francisco.  The visa was granted by Hillary Clinton's State Department.

When I first heard the news about the visa, I figured it was merely another example of the Obama administration going soft on communist regimes.  Now, however, given Mariela's kinship with Obama on "gay marriage," maybe there's more to the story.

This, ladies and gentlemen, is shocking stuff, indeed revolutionary.  And it was all made possible by the oblivious Americans who mindlessly voted for "hope and change" in November 2008.  Barack Obama's "fundamental transformation" of America continues, this time with some strange bedfellows who, once upon a time, stood in staunch opposition to our president.

Paul Kengor is professor of political science and executive director of The Center for Vision & Values at Grove City College.  His books include The Crusader: Ronald Reagan and the Fall of Communism and Dupes: How America's Adversaries Have Manipulated Progressives for a Century.  His forthcoming book is The Communist: Frank Marshall Davis, the Untold Story of Barack Obama's Mentor.