Was BP's Kurt Mix a Criminal or a Hero?

The FBI has arrested a former BP drilling and completions project engineer, Kurt Mix.  This happened on the eve of the hearing to obtain preliminary approval of the civil settlement between BP and the Plaintiff's Steering Committee for damages due to the Deepwater Horizon accident.  (According to the FBI, Mix resigned from BP in January 2012.)

The complaint asserts that he "deleted his entire string of over 200 texts with SUPERVISOR" on his iPhone, after having already met with a government VENDOR "who retrieved some of MIX'S relevant hardcopy documents."  The legal issue at hand is whether "BP plc and/or individuals employed by BP violated any federal criminal laws by intentionally understating the amount of oil that was flowing from the Macondo well following the Macondo April 20, 2010 explosions."  There are references to the Securities and Exchange Commission, so in effect the government is investigating whether there was illegal stock-manipulation by BP based on the publicly reported flow rate.  Since Mr. Mix's texts were addressed to a "SUPERVISOR" and a "CONTRACTOR," all his communications were non-public.  Clearly, he did not mislead the public in any way.  So the FBI is trying to squeeze him to get others by charging him with obstruction of justice.

Joan McPhee, Mr. Mix's lawyer, said the contents of the deleted messages were also available in e-mail and other messages provided to the government. "These misguided charges over failure to retain text messages constitute startling government overreaching," she said.

According to the government, on May 26, when BP was trying but failing to plug the well, Mr. Mix sent a text that said, "Too much flow rate - over 15,000," an apparent reference to a rate of greater than 15,000 barrels a day. Two days later, the complaint noted, "BP continued publicly to state that top kill was broadly proceeding according to plan."

On May 29, the top kill procedure was stopped, the complaint noted, and "BP's stock price dropped approximately 15 percent on the next trading day."

A technician involved in BP's efforts to plug the well said on Tuesday that there were various opinions on the flow rate among the experts at the time.

The technician, who spoke on condition of anonymity because he was not authorized to discuss the internal workings of the response effort, said that Mr. Mix had personally resisted accepting the high estimates of some contractors, insisting that much less oil was flowing out.

The time interval in question, beginning on May 26, 2010, is a critical juncture in the timeline of the response to the spill, which was under direct federal control under the National Contingency Plan.  This was the time when BP first tried to use a subsea intervention to kill the well from the top -- specifically, the "top kill" operation.  Up until this time, all subsea efforts had been directed at collection of the spilling oil, not a direct intervention to kill the well.  The government was avidly pursuing its own alternative kill plan through the use of two relief wells designed to perform a "bottom kill."

May 26, 2010 was when the battle lines were drawn and the joint BP/Coast Guard press conferences ended.  BP wanted to perform a "top kill" via subsea intervention, and the government wanted to perform a "bottom kill" via the relief well.  History tells us who had it right: BP.  They succeeded in killing the Macondo well through a two-stage process: installing a capping stack to perform a "well integrity test" and then a "static kill."  The well was dead beneath a mile of cement by August 4, 2010, weeks before the projected finish date of the relief well.  Given his intimate knowledge of the flow rates during the top kill, it is safe to assume that Mr. Mix was a key player in the well integrity test and static kill.  If so, he deserves a lot of the credit for successfully carrying out the presidential edict to "plug the damn hole."  So why is he being played as a criminal?  Is his real "crime" showing up the president?

Let us look at the serious misinformation that has been fed to the American public.  On the same day the well was killed, August 4, 2010, the government released a report, titled "Deepwater Horizon MC 252 Gulf Incident Oil budget," which put the total cumulative amount of oil discharged at 4,928,100 barrels.  Given that the flow of oil into the Gulf of Mexico was permanently halted by closing the capping stack on Day 87 at 2:23:47 PM (CDT), July 15, 2010, simple long division gives us an average daily flow according to the government of 4,928,100 / 87 = 56,645 bpd.  On the other hand, take a look at the government report prepared by the Flow Rate Technical Group 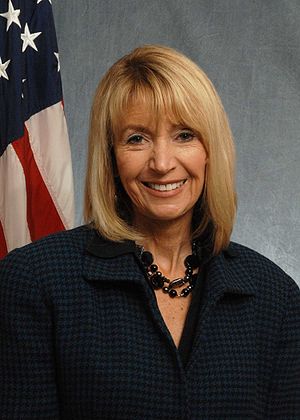 ... On May 27, the Plume Modeling Team, which analyzed video obtained from BP, provided an initial lower bound estimate of 12,000 to 25,000 barrels of oil per day, but at that point were continuing their work to provide an upper bound estimate...Based on additional video that BP was directed to provide, members of the Plume Modeling Team have now calculated updated lower and upper bound range estimates for a period of time before the Riser Insertion Tube Tool was inserted and before the riser was cut. Most of the experts have concluded that, given the limited data available and the small amount of time to process that data, the best estimate for the average flow rate for the leakage prior to the insertion of the RITT is between 25,000 to 30,000 barrels per day, but could be as low as 20,000 barrels per day or as high as 40,000 barrels per day.

Even the highest end of the highest estimates does not approach 56,645 bpd.  The government is more wrong even now than Mr. Mix may have been in the early stages of the accident working in real time.  So which government entity has been misleading the public -- Marcia McNutt's Flow Rate Technical Group (FRTG) or Marcia McNutt's USGS?  And why haven't we seen her text messages?  Or Steven Chu's?  What's sauce for the goose is sauce for the gander!

Oh, that's right...the Justice Department has been stonewalling BP regarding its flow rate documents and has reluctantly turned over only 100 out of an estimated 10,000 of them under the duress of a court order.

Perhaps we ought to sic FBI Special Agent Barbara O'Donnell, who arrested Mix, on Attorney General Eric Holder, et al.!  And while she's at it, she ought to investigate where the cement fragments that landed on the deck of the service boat Damon Bankston have been hidden by her colleagues in the Justice Department.  There has been much discussion that the cause of the blowout was due to faulty cement in the shoe track, which would have been pushed ahead of the oil and gas up to the rig, out on its deck, and overboard onto the deck of the Bankston before the first explosion.  Who has been hiding this critical physical evidence for over two years and thereby been obstructing justice, Agent Connelly?  Where is that smoking gun, Agent Connelly -- in the possession of the Mexican drug gangs after having been lost track of by the Justice Department?