Warning: mysqli_free_result() expects parameter 1 to be mysqli_result, bool given in /var/www/html/americanthinker/admin/common/functions/func.general.php on line 126
 Where Do the Cupcakes Come From? - American Thinker
|

Where Do the Cupcakes Come From?

Recently, while attending a friend's birthday party, I watched a toddler's amusing attempts to hoard cupcakes.  The child's behavior got me thinking about how prosociality or antisociality develop in children, depending on whether family or the government provides their food.

According to the American Psychiatric Association, antisocial personality disorder can be diagnosed in the presence of at least three of the following patterns of thought and behavior:

The antitheses of these behaviors yields a starting point for understanding prosociality:

But what exactly causes gratitude? From recent research:

Gratitude is responsive to four types of information about the benefit-giving situation:

(a) the benefit's costliness to the benefactor,

(b) its value to the beneficiary,

(c) the intentionality with which it was rendered, and

The provision of food by the government obscures these critical components in the development of gratitude and may therefore inhibit prosociality.

For example, at the birthday party, the toddler Francis, still in diapers, wobbled to a dessert table and snagged a cupcake.  The ladies nearby exclaimed how cute he was as he bore his treat back to a bench and stowed it for safekeeping.  Then he tottered back to the table, clapped his 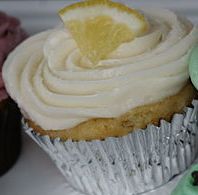 hands on another cupcake, and laughter followed as he made his way back to his sweet spot on the bench.  But when Francis started bearing down on the table for a third time, shouts of "No, Francis!" arose, and his mother swooped in to stop his marauding ways.

Francis's life is an ideal environment in which he will learn gratitude by modeling prosocial behaviors in the context of human relationships -- especially with his family and faith community -- because the identifications are so strong.  He is flourishing in the love of his home-schooling mother, and he will model the responsibility of his father, who is working hard to support his family.  As he grows, his two big brothers will help him learn to respect the rights of others.  Inevitably, Francis will understand that the supply of cupcakes at his disposal is provided by the hard work of others and given in love.  Those learned appreciations of generosity are keystones in the development of gratitude.

Compare Francis' life to the son of a single mother living in a home where the government is the de facto provider of food.  For that boy, the goodies on the table are provided by an act of Congress, an entity with no face and no heart.  Of course, this boy will also learn gratitude from relationships with family and community, but his cupcakes come from a provider who doesn't care whether he is honest or a liar, whether he is thoughtful or impulsive.  Government benefits are not reduced if he is aggressive or thoughtless.  In fact, there will probably be programmatic rewards if he exhibits antisocial behaviors.

For that child, the cupcakes are just as tasty.  But in the absence of the information inherent in a personal relationship with a benefactor, the child is more likely to learn that it is smart to take all he can.  As a beneficiary of the state, the child has no experience of the cost to the benefactor -- which is ultimately the taxpayer.  Nor is it simple for the child to grasp the abstract intentions with which the benefits are granted.

Gratitude and prosociality cannot be coerced, nor can they be inspired by dry training or a government program.  Good character is developed through personal relationships.  Antisociality can develop in children of affluent families when money is given in a manipulative way as a replacement for love.  In much the same way, a sense of entitlement and antisociality would seem more likely to develop in people who receive their daily bread from the government, in the absence of information communicated in a willing exchange between a benefactor and a recipient -- or, put more plainly, in the absence of love.

The relationship between Francis and his family is a positive feedback loop.  Francis receives immediate positive feedback for behaving prosocially, which contributes to his family's happiness, which in turn promotes more prosocial behavior in all family members.  However, a government program provides no positive reciprocity between a child's behavior and the largesse the state doles out.  For that child, it does not matter where the cupcakes come from because the benefactor has no face and there is nobody to thank.

Another adverse effect of the governmental provision of food is that it encourages unlawful behavior.  It is well-established that lawfulness arises not only from fear of punishment, but also from a wish not to harm others, and that honesty is a modeled response to protect others.  Black markets for food arise in schools with unpalatable "healthy" government-dictated lunch menus.  Unpopular menus devised by government bureaucrats may inspire localized, enterprising free-market economies among students, but they also inhibit gratitude.

In recent decades, humanist-driven psychological and evolutionary theories have redefined the notion of individual selflessness as "altruism" -- an inherited impersonal evolutionary mechanism designed to protect the survival of a species -- not as a voluntary expression of love.  The diminution of prosociality in an individual tends to produce destructive effects to both the individual and to society at large.

It is time for psychology to investigate the consequences of the government provision of food.

Deborah C. Tyler writes for AT and other outlets about humanist influences in the field of psychology.  She can be reached through www.intylergence.com.