The Iranian Plan to Annihilate the Jews

(See also in AT today: Reza Kahlili and the Truth About Iran)

For many years, I have tried to raise awareness not only of the threat posed by the fanatics ruling Iran, but also of the injustices done to the Iranian people.  This has drawn the ire of the mullah-appeasers and those in alliance with the criminal Islamic regime in Iran.

Recently, I revealed a shocking piece, "Ayatollah: Kill All Jews, Annihilate Israel," in which a well-known strategist within the Iranian government introduced a new doctrine not only to destroy Israel in a preemptive attack, but also to commit to genocide and kill the Jewish people.  The piece got international attention and made headlines across the world.

The facts in my piece were an exact copy of the original piece, which was published in Iran.  I even left a link to the Iranian piece that interestingly was not only written in Farsi, but also translated into English.  I wanted to make sure that the world could see that my piece was a true and accurate reflection of what was said in Iran. 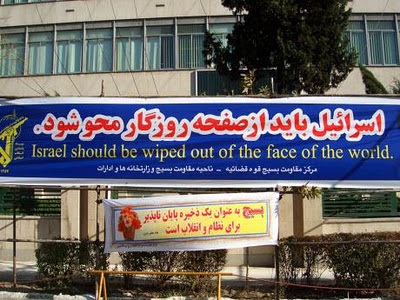 the mass murder of the people of another nation.  I wanted the world to realize that we were once again dealing with madmen who had no interest in humanity, love, or peace, and that they were determined to commit a grave crime, based on their belief in glorifying Allah.

Even though I did my best to make it easy to verify the facts, many Islamists, and those supporting negotiations with the regime in Iran, launched an attack against me and my article and did not hide their hatred for Israel and the Jewish people.

In their attacks, they not only tried to assassinate my character, but also tried to deceive the readers, claiming that my piece was a lie and that no one in Iran was calling for the killing of the Jewish people.

These people failed to mention that just recently, the Iranian supreme leader once again called Israel "a cancerous tumor that should and will be cut" during his recent Friday prayer sermon.  One must be living in a cave not to have heard Khamenei, President Mahmoud Ahmadinejad, and other officials of the Islamic regime call for the destruction of Israel and how this "cancerous cell" needs to be wiped off the face of the earth.

But the clarity is in the piece that was published in Iran, which has a full paragraph with the title "Israeli People Must be Annihilated."  All Iranian state media are strictly pro-government and highly sensitive to any statement that might cause the regime problems.  The original piece was published in over 28 major official media sites of the Islamic regime, including the Revolutionary Guards' Fars News Agency and Mashregh News.  It does represent the official view of the Islamic regime.

The site, Alef, which ran the piece, belongs to Ahmad Tavakoli, a hard-line parliamentarian and a close ally of Khamenei.  The author, Alireza Forghani (who 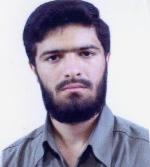 recently resigned his post as governor of southern Iran's Kish Province over tensions with pro-Ahmadinejad circles), entered the Basij forces when he was 14 and served one of the most fanatical elements of the regime, the Ansare Hezb'allah in the city of Mashhad, from age 17 to 21.  He continued his education in the field of analytical strategy.  He was one of the first within the Iranian government to call Khamenei an imam, and is an analyst and a strategy specialist in Khamenei's camp.  He has the following in his bio on his blog:

Favorite book: The Absolute Rule of the Jurisprudent

But let's take direct quotes from the original piece, which was published in English:

In the name of Allah
Iran must attack Israel...

The necessity of Israel annihilation ... :

Today, the first Qibla of the Muslims has been occupied by Israel, a cancerous tumor for the Middle East. Today, Israel is causing division using all evil means. Every Muslim is obliged to equip themselves against Israel. ... and since the potential danger is facing the foundations of Islam, it is necessary for the Islamic governments in particular and other Muslims in general to remove this corrupting material by any means. All our troubles are due to Israel! And Israel results from America too.

In order to attack Iran, Israel needs western and U.S. assistance, permission and coordination. In the current situation and passiveness of U.S. and the West, Iran should wipe out Israel.

... Based on preemptive defense doctrine, Israel should get under heavy military strikes through first and final strikes. In the primary step of first scene, ground zero points of Israel should be annihilated by Iranian military attacks. To get this end, Iran can use long-range missiles. The distance from Iranian easternmost point to westernmost point of Israel is about ۲۶۰۰ km (2,600km). Strategic targets deep inside Israeli soil are in the range of Iranian conventional missiles.

Israeli People Must Be Annihilated

Israel is the only country in the world with a Jewish majority. According to the last census of Israel Central Bureau of Statistics, this country has a population of ۷.۵ (7.5) million including ۵.۷ (5.7) million Jews ...

Residents of Tel Aviv, Jerusalem and Haifa can be targeted even by Shahb ۳ (3). Population density in these three adjacent areas composes about ۶۰ % (60%) of Israeli population. Sejjil missiles can target power plants, sewage treatment facilities, energy resources, transportation and communication infrastructures; and in the second stage Shahab ۳ and Ghadr missiles can target urban settlements until final annihilation of Israel people.

There is no need to post the whole piece, as the link here is available for all to see.

The point is that my piece was a true reflection of this new doctrine and shocking ideology of genocide of the Jewish people.

However, in order to see the truth, one must be faithful to one's spirit.  In Iran, Basiji bullies, Revolutionary Guards armed to the teeth, and Ansare Hezb'allah thugs with chains and knives attack those bold enough to reveal the truth.  In America, the mullah-appeasers attack and character-assassinate those who reveal the truth about this criminal regime. There's no difference between the two.

I do not take these attacks on me to heart, as I choose truth over lies, love over hate, justice over injustice, and light over darkness.  I choose to be the voice of the voiceless.  Although it is a constant battle on many fronts, I know that in my heart that I walk the path of My Lord.

I do not expect those who have chosen evil to understand, but again, if they had any dignity, if they had respect for humanity, then they would not support a regime that stones women to death, a regime that rapes and tortures Iranian boys and girls to suppress their desire for freedom, a regime that chops off hands and feet in punishment for stealing, a regime that lashes Iranians as punishment for not adhering to Islamic rules and savagely attacks anyone opposing it.  This is a regime that is at the helm of worldwide terrorism in which many of its officials are wanted either by Interpol or courts around the world for terrorist acts and assassinations.

Though it saddens me to know there are such individuals among us -- individuals who profess loyalty to a barbaric regime -- I am happy to report that even they will not be able save the criminals ruling Iran.  Their final outcome is in the hands of God.

Reza Kahlili is a pseudonym for a former CIA operative in Iran's Revolutionary Guards and the author of the award-winning book A Time to Betray.  He is a senior fellow with EMPact America and teaches at the U.S. Department of Defense's Joint Counterintelligence Training Academy (JCITA).